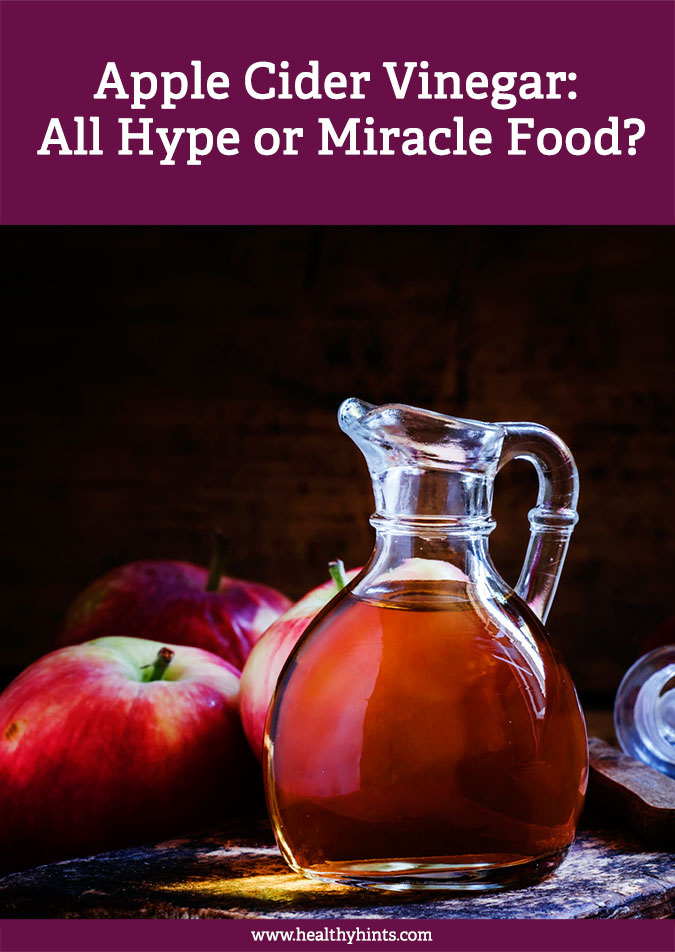 The History of Apple Cider Vinegar

The discovery of vinegar seemingly happened by accident. In different parts of the world, wine or beer was left uncovered for too long and turned into vinegar. From this, the many vinegars we know about today were created. (1) 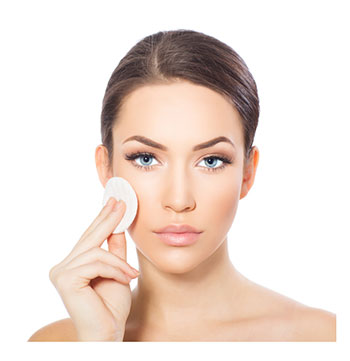 The Greek scientist and doctor Hippocrates is well known, even today. In fact, the doctors who treat you, take the Hippocratic oath. Over two thousand years ago Hippocrates was prescribing apple cider vinegar mixed with honey to treat coughs, colds, and diabetes. (3)

Surely, since we trust so much in Hippocrates, there must be something to these claims. 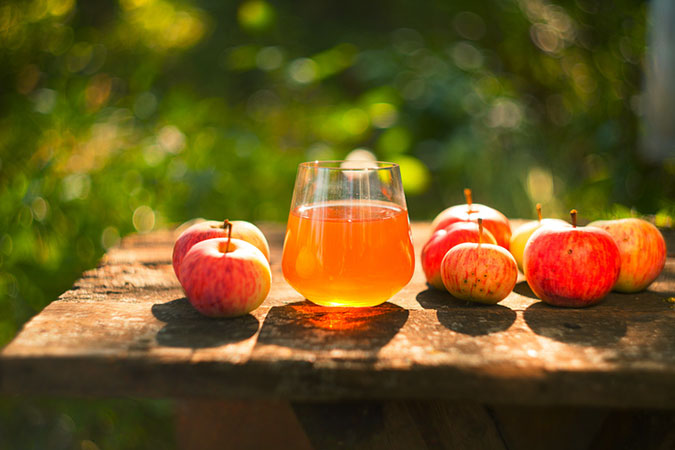 While there are some varieties of wild crab apples that are native to north America, the apples that are most useful for desserts and ciders were introduced by the western European settlers.

As more and more homesteads were built in north America, apple trees were becoming commonplace and could be found in almost all these properties. The apples were being used for eating, cooking, drying, and making cider.

The apple cider vinegar was used in many ways around the house, from preserving fresh vegetables and cleaning the house, to a natural medicine and a condiment. (4)

Apple cider vinegar was also used to treat soldiers’ wounds during the American Civil War and was used well into the 1st World War as a disinfectant. (5)

The Truth About Apple Cider Vinegar 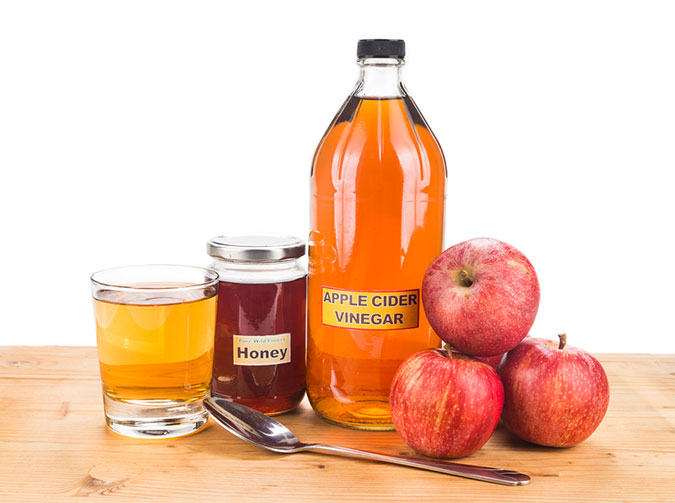 The probiotics that are found in apple cider vinegar can also help to support a healthy digestive system and destroy any bad bacteria and viruses that are in the intestinal tract. (6)

A study that followed four men and seven women who were diagnosed with type 2 diabetes and who were not taking insulin, found that taking apple cider vinegar at bedtime favorably impacted the waking glucose concentrations. (7)

Another study found that if you were to take vinegar before a meal, this would heighten insulin sensitivity and thus reduce glucose and glucose spikes that would happen after a meal. (8)

There is also promising evidence that apple cider vinegar can help with reducing cholesterol. In a study that was conducted on rats, apple cider vinegar reduced the triglyceride and VLDL levels in rats given the vinegar, when compared to rats who were not receiving the supplement. (9)

A study has also shown that pectin, an active ingredient in apple cider vinegar may help regulate blood pressure and lead to good cholesterol.(8)

While it does not promise weight loss, the acetic acid in apple cider vinegar can delay the digestion of starch and thus stave off hunger pangs longer, if taken before a meal.

It is suggested that digestive enzymes may help in breaking down or converting the carbohydrates into sugar. This would therefore delay the absorption of sugar into the body. (9) 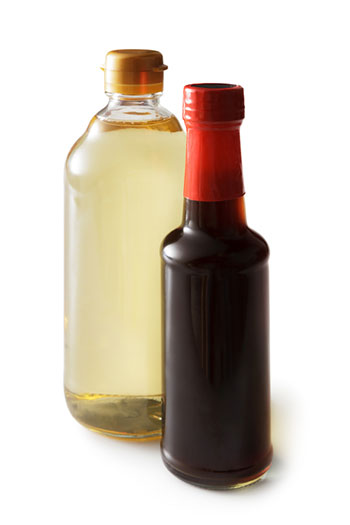 However, another study done in Serbia (9) associated the use of apple cider vinegar with an increased risk of bladder cancer. While rice vinegar has been shown to kill cancer cells and shrink tumors (11), there is no solid evidence that apple cider vinegar is going to provide the same results.

Another widespread claim is that apple cider vinegar has anti-infective qualities. This could be true if used for food preparation, but it is not a good idea to use vinegar when treating or disinfecting wounds.

It is also not the best household cleaning aid as there are other more effective disinfectants for this purpose. (13)

Too Much of a Good Thing

Many people believe that if something is good for us, we can consume as much of it as we want without any dire effects. However, this is often untrue. In the case of apple cider vinegar, consuming too much can lead to many side effects.

This is a risk because it can cause the blood sugar levels to dip lower than what is safe, especially for those with diabetes. (14) 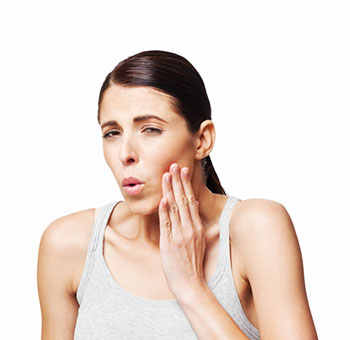 Research has also shown that apple cider vinegar can lead to the loss of minerals that are essential for healthy teeth which also increased the risk to the tooth enamel. (13) It is good for cleaning dentures though, compared to bleach solutions. (14)

Another negative effect that can come from ingesting too much apple cider vinegar is lowered potassium levels and bone loss.

A study noted that in the case of a woman who consumed eight ounces of vinegar mixed in water on a daily basis, it was found that she developed blood abnormalities, low potassium levels, and osteoporosis.

Doctors noted that large daily doses of apple cider vinegar led to minerals being pulled from the bones to help offset the blood acidity. It was also noted that when there are high acid levels in the body, the formation of new bone is greatly reduced. (15)

The Safest Way to Use Apple Cider Vinegar 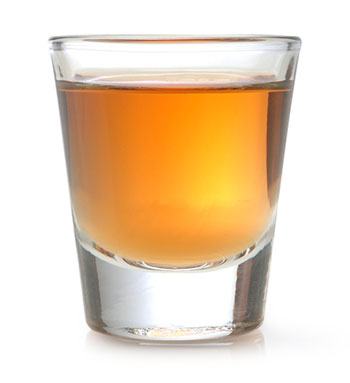 Apple cider vinegar also comes in capsule form for those who do not relish its taste. But some studies found that some capsules do not contain any acetic acid and the amount of calcium, potassium and iron may vary according to the brand. (17)

Finally, to keep safe, it is also a good idea to consult a health professional especially if you are taking other medications, as vinegar may cause a counter-reaction to these.

Remember, it is best to purchase a brand that is raw, organic, unprocessed, unfiltered apple cider vinegar. This is usually cloudy and brownish in color and should have cobweb-like strands floating, which is actually ‘the Mother’.

This usually signifies good quality vinegar. A clear mixture means that the apple cider vinegar has been distilled or pasteurized and therefore most of its enzymes and nutrients are gone. 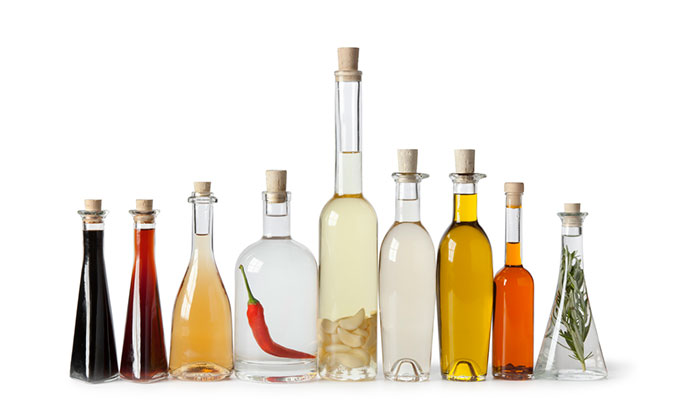