Should You Drink Apple Cider Vinegar in the Morning? (+Potential Side Effects)

Apple cider vinegar has a long list of health benefits that you are probably already familiar with, but should you drink it in the morning on an empty stomach? 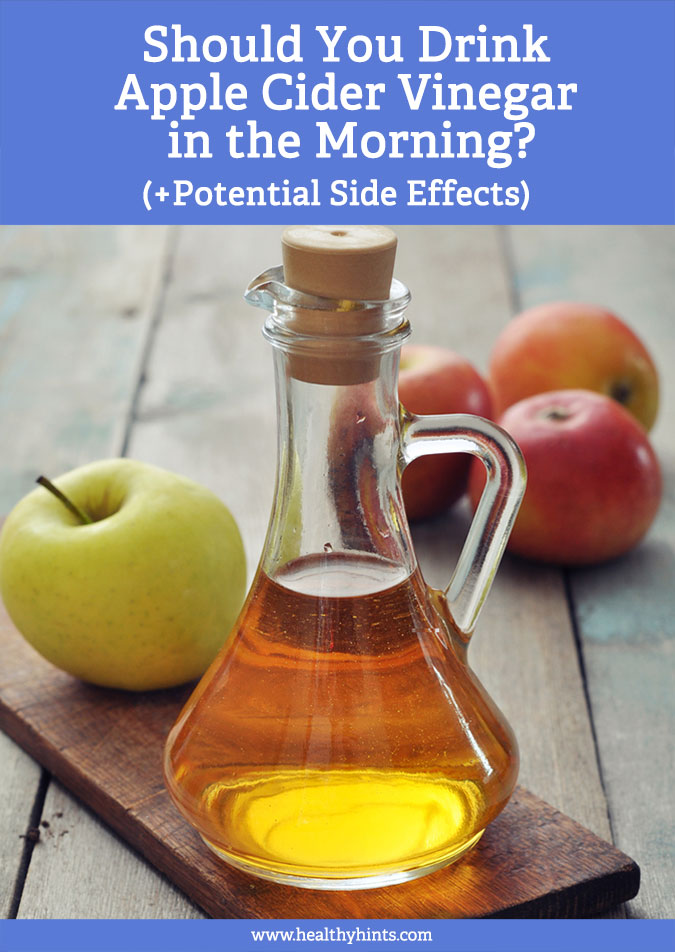 Apple cider vinegar has been credited with anti-bacterial, anti-fungal, healing, anti-inflammatory, and anti-viral properties, which help in treating a wide range of ailments, from warts to gastric distress.

According to a study conducted at the Arizona State University, 11 volunteers diagnosed with type 2 diabetes who were not taking insulin but were following prescribed diabetes medications were required to take 2 tablespoons of apple cider vinegar along with a snack (an ounce of cheese) before bedtime. 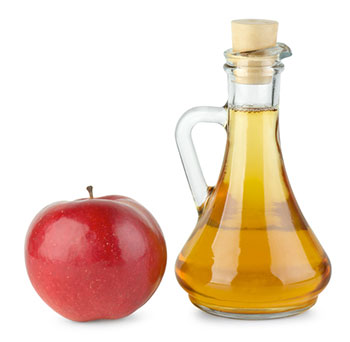 The researchers found that in the morning, their blood sugar levels were lower than when they had the same snack alongside 2 tablespoons of water. (1)

This discovery shows promise, as currently half of the American population is suffering from high blood sugar or full-blown diabetes, and natural remedies to help prevent and manage diabetes are in demand.

Current statistics on diabetes and blood sugar have risen significantly as compared to the projection of 1 in 10 by 2050 made by the Center for Disease Control and Prevention (CDC) in 2010. (2) What’s even more alarming is that half of those people are not even aware of the severity of their condition until it’s too late.

Others are unable to tolerate pure apple cider vinegar, choosing to mix it with honey and warm water instead, especially with cases of heartburn or acid reflux.

For weight loss or weight management purposes, apple cider vinegar is used as salad dressing or as a health tonic mixed with detox juices.

How to Take Apple Cider Vinegar in a Fasted State 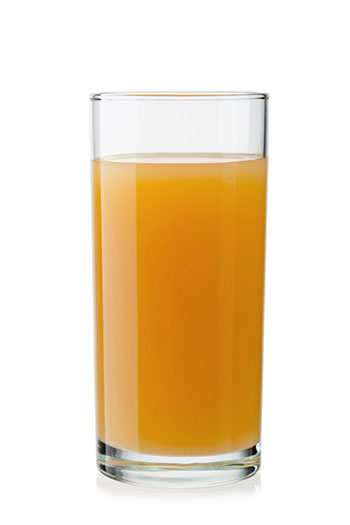 Generally, those wanting to take apple cider vinegar in a fasted state can do the following:

6 Benefits of Drinking Apple Cider Vinegar in the Morning

Among the benefits of consuming apple cider vinegar in the morning are the following: 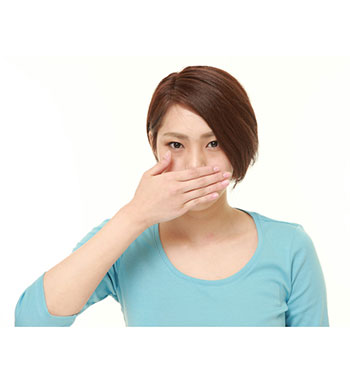 Apple cider vinegar, due to its acidic nature, can be used as a natural mouthwash to kill some of the bacteria that causes bad breath. (3) Its anti-bacterial properties also help remove stains and can prevent the build-up of bacteria in the back of your throat.

Unpasteurized apple cider vinegar is known to improve digestion by stimulating bowel movement. “The Mother” (the cloudy strings floating in the bottle) contains pectin and probiotics, which help flush out toxins and regulate stool. Additionally, pectin decreases LDL cholesterol levels, and the acetic acid found in vinegar speeds up the fat burning process. (4)

If you drink it regularly before breakfast, it suppresses the appetite, aids weight loss, soothes the gastrointestinal tract, and prevents stomach bloat, cramps and gas. 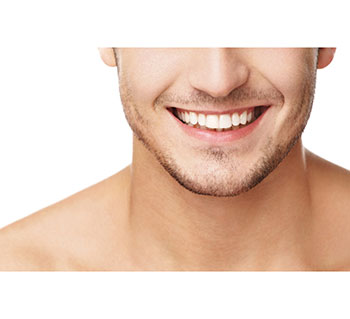 Apple cider vinegar, when taken pure, can erode teeth enamel due to its potency. Fortunately, diluting it in water and baking soda can drastically reduce that effect, and can whiten teeth. (5)

Simply prepare a paste of 1 teaspoon apple cider vinegar, 1 tablespoon of water, and 1.5 tablespoons of baking soda. Brush your teeth with this mixture twice a week to whiten your teeth and remove stains.

Never use pure apple cider vinegar on your teeth.

If consumed in the morning, apple vinegar can cure hiccups due to its strong, sour taste. (6) This is not foolproof, but it’s an all-natural solution that may help if other options do not seem to work. Currently, it is used by cancer patients who are undergoing chemotherapy to relieve the side effect of hiccups.

Treatment for hiccups differs from person to person, so make sure to keep apple cider vinegar in your arsenal just in case. One teaspoon should be enough to cause the desired effect.

Apple cider vinegar contains acetic acid, which can help prevent sore throat. This is because out of the different organic acids, acetic acid was found to be the most effective at killing bacteria. (7) This is compared to citric acid, lactic acid, and malic acid.

Killing bacteria as soon as possible is key to avoiding more serious infections. Protect yourself against the colds and flu, especially during the colder months, by simply gargling with apple cider vinegar when you brush your teeth in the morning.

People suffering from restless legs syndrome may experience pain or discomfort in their legs and an urge to move their legs to relieve the sensations. This condition is described as pins and needles, itchy or uncomfortable. It is said to be worse at night after lying down in the same position for a long time.

Symptoms range from mild to intolerable, and it can come and go. Consuming apple cider vinegar every morning and evening may help alleviate the uncomfortable sensations.

Side Effects of Apple Cider Vinegar 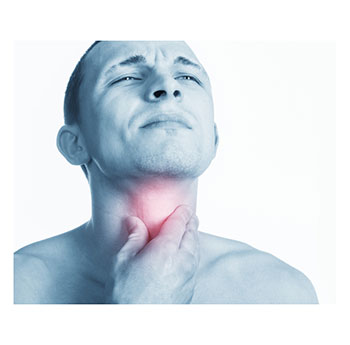 Consumed in tablet or liquid form, excessive consumption of apple cider vinegar can inflame the esophagus, corrode tooth enamel and irritate the stomach lining due to its high acetic content.

Furthermore, direct application to the skin can cause irritation. To prevent tissue damage, always dilute it with water, honey or baking soda.

According to a review published by the Natural Standard, apple cider vinegar can lower potassium levels in your blood, leading to a condition known as hypokalemia.

To prevent hypokalemia, consult your doctor before you start taking apple vinegar regularly. 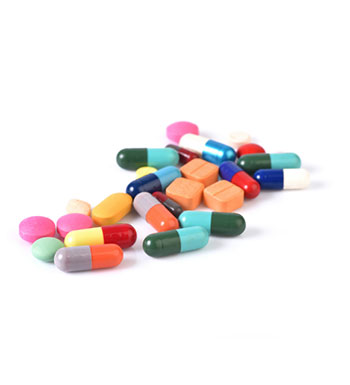 Due to its acidic content, apple cider vinegar may interfere with the effects of certain drugs like diuretics, laxatives, or any diabetes and heart disease medications.

If you are on any medications, ask your doctor if apple cider vinegar is safe for you to take.

If you consume apple cider vinegar regularly as part of your detox plan, you need to be mindful of side effects such as diarrhea, indigestion, nausea and heartburn. 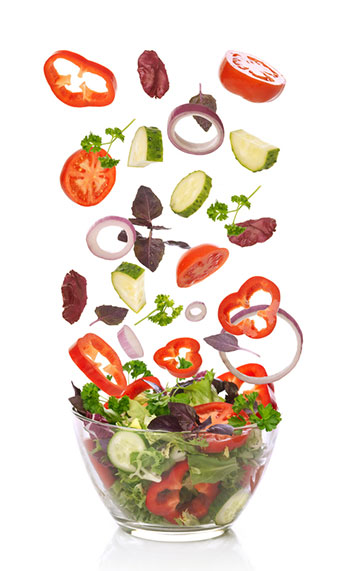 Despite its detoxification benefits, if taken in excessive quantities, apple cider vinegar can flush out essential minerals from your body along with toxins.

To prevent this, consider taking multivitamins and supplements while doing an apple cider vinegar detox. Also, be sure to eat a balanced diet from a wide variety of foods to ensure that you are getting all the nutrients you need for overall health.

While regular consumption of apple cider vinegar can have a lot of health benefits, the side effects associated with excessive consumption are not to be ignored either.

Weigh the pros and cons carefully before including apple cider vinegar into your diet, and always start with a smaller dose to observe its effects.