Every year, the average American eats three pounds of peanut butter, which ends up being enough peanut butter to fill the entire Grand Canyon, or a cumulative 700 million pounds. (1) 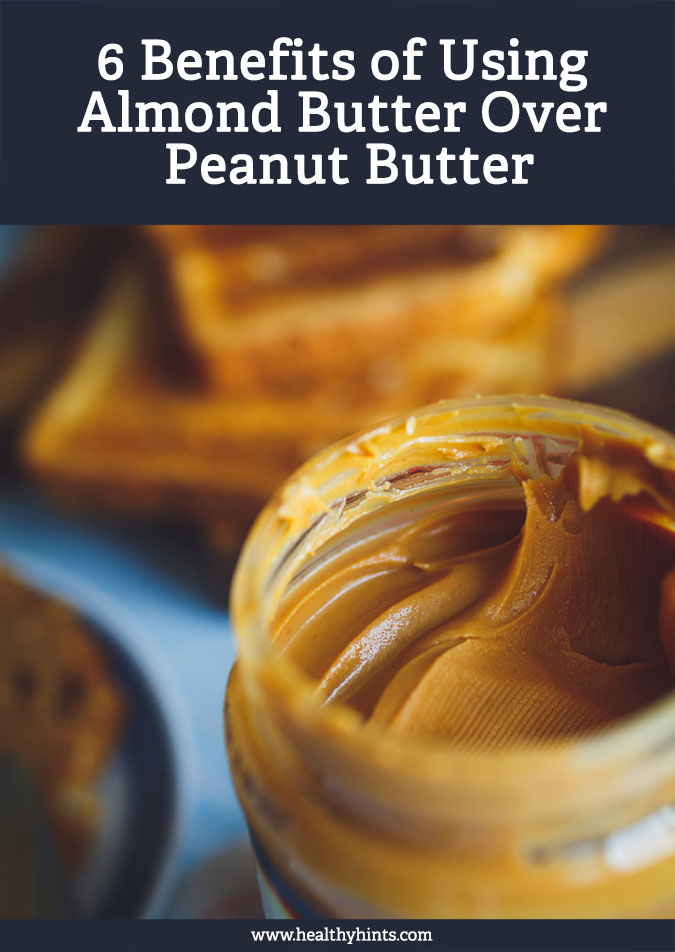 Peanuts are well loved for their taste and versatility, as well as their cost effective nutrition. In recent years however, almond butter has become increasingly popular as both a treat and health food in one.

This article will outline 4 benefits of using almond butter over peanut butter and what to look for choosing which type or brand of almond butter to buy.

1. Almond Butter Is Higher in Vitamin E Than Peanut Butter

Almond butter is a fantastic source of Vitamin E. Vitamin E is a fat-soluble vitamin that is also a known powerful antioxidant. 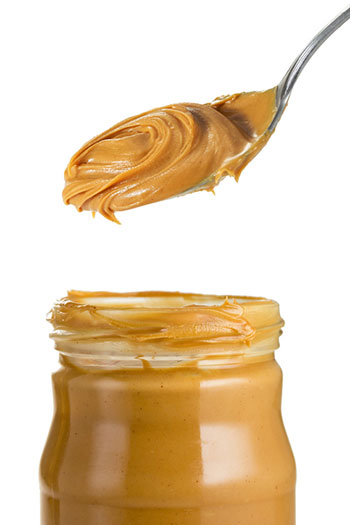 Antioxidants are found in plant matter and are important for healthy cells, as they help eliminate free radicals throughout the body. Free radicals are unstable oxygen molecules that are found naturally in the body and can also be the result of foods and the environment.

These molecules can contribute to cell damage, heart disease and other cardiovascular concerns, but antioxidants can help to keep the levels of free radicals throughout the body in check. (2)

It is recommended to get approximately 15mg of Vitamin E per day for healthy adults, though therapeutic amounts may be higher for those with certain ailments.

2. Almond Butter Is Higher in Iron Than Peanut Butter

Iron is an incredibly important nutrient for the body, as it is a main component of hemoglobin, which makes up red blood cells that transport oxygen in the blood throughout the body.

Insufficient iron intake can result in iron deficiency anemia, which can cause extreme fatigue, poor circulation, brittle hair and nails, and pale skin.

If left untreated, it can lead to organ damage as a result of lack of oxygen, and can cause the heart and cardiovascular system to work too hard to get enough oxygen to the rest of the body, resulting in heart damage and failure. 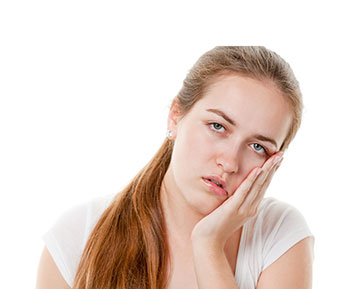 The amount of iron needed in a day depends on age, gender, and a number of other factors. Children and adolescents going through puberty need more iron as their bodies are growing more quickly, and pregnant women need more to in order to support fetal growth for nine months.

Girls and women who menstruate need more iron in their diet to make up for monthly blood loss, and people who suffer from certain diseases that result in blood loss also need more. Men, in general, tend to need less iron. (4)

Almond butter does not contain a ton of iron. One tablespoon (16g) contains .6mg or just about three percent of what a man or non-menstruating woman would require in a day.

For roughly the same amount, the iron content in peanut butter is even less, with only .3 milligrams, or approximately 1.5 percent of what a man or non-menstruating woman would need daily.

3. Almond Butter is Higher in Magnesium Than Peanut Butter

Magnesium is a nutrient that is essential to countless body functions and has a much larger intake requirement than many other nutrients. Magnesium is so important in cell reproduction that it triggers many different chemical reactions 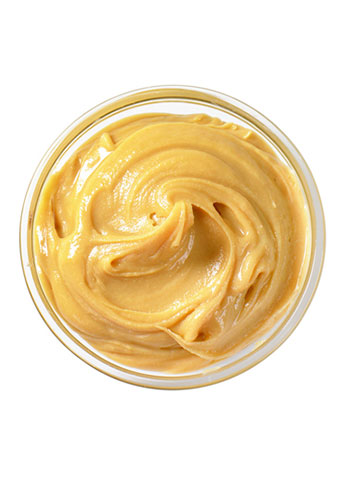 Those who are not getting enough magnesium are at risk for higher inflammation throughout the body, which is associated with higher risks of heart disease, cancer, diabetes, and other common diseases. (6)

Almond butter is an excellent source of magnesium, containing 76mg or roughly eleven percent of your daily recommended intake per ounce. (7)

Peanut butter contains about two-thirds of that amount, with about 49mg per 2 tablespoons (32g). (8)

4. Almond Butter is Higher in Fiber Than Peanut Butter

According to the Academy of Nutrition and Dietetics, many Americans do not hit their daily recommended intake of fiber.

Fiber adds bulk to our stool, helping it to pass easily in the intestines, 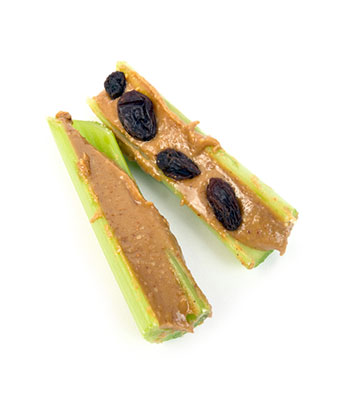 Fiber can also help regulate blood sugar levels and can lower the risk of heart attack and stroke. Fiber also keeps you feeling full longer, so adding fiber rich foods into your diet can help aid in weight loss. (8)

Adults should aim to eat 20 to 35 grams of dietary fiber per day, and ideally, this fiber should come from fruits, vegetables, legumes, and whole grains.

While this difference may not seem to be a ton, it is significant when considering that most Americans are barely even getting half of their daily recommended intake of fiber. Two tablespoons of almond butter throughout the day provides over ten percent of your daily recommended intake, and when eaten with high fiber fruits and vegetables like celery and apples, it quickly becomes a delicious but filling snack.

5. Almond Butter is Less Likely to Be Contaminated with Pesticides Than Peanut Butter

Go to any grocery and look for almond butter. You will most likely find all- 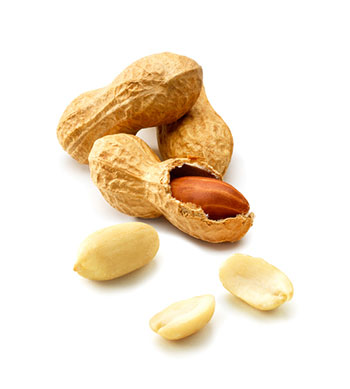 natural, no-sugar-added brands, as opposed to dozens of peanut butter brands made from conventional peanuts.

Peanuts, like soy and corn, are overgrown and overprocessed in the U.S. with more than 99 percent of peanut farms using conventional farming practices. This includes the use of pesticides.

The porous outer layer, combined with the high fat content of peanuts soaks up the harmful chemicals that have been named as possible carcinogens, suspected hormone disruptors, neurotoxins, and reproductive toxins. (9)

If you must buy peanut butter, only go for organic peanut butter. Homemade is better, but make small batches as peanut butter will not keep for very long without preservatives such as sugar, salt, etc.

Almond butter is a better source of healthy fats for the same amount of peanut butter, and is not nearly as contaminated with pesticides because they are more commonly made with organic ingredients.

6. Almond Butter is Less Susceptible to Fungi Than Peanut Butter 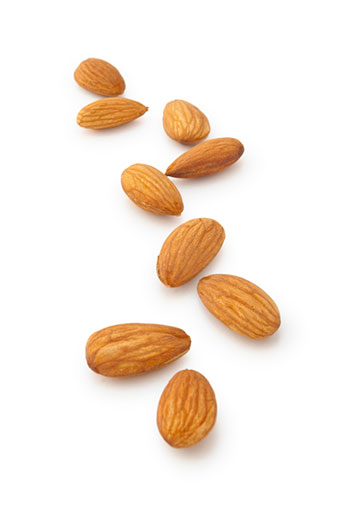 produced by certain fungi. (10) These are commonly found on other crops as well, such as cottonseed, tree nuts and corn.

Aflatoxins have been linked to a wide range of diseases such as liver cancer, autoimmune diseases, heart disease, inflammation, or parasitic infestation. (11)

With all of the great health benefits of almond butter, it’s not hard to see why this nut is becoming increasingly popular alternative to peanut butter.

When choosing your almond butter, make sure to look for a brand that uses all natural ingredients and no preservatives or additional sugars. Nothing beats good old almond butter by Thrive Market, really. The only ingredient on the label should be organic roasted almonds because they are delicious on their own, and should be kept as close to their natural form as possible.

It is also advisable to choose organic almond butter, as organic farming has 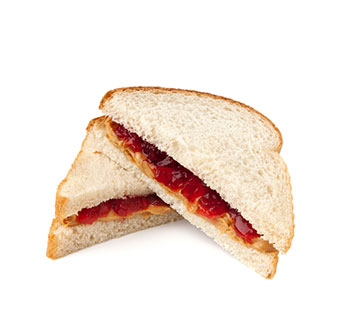 more sustainable water practices for crops that need a lot of water to grow. It also ensures that your almonds were not grown using pesticides, herbicides, chemical fertilizers, or other dangerous chemicals.

When eaten in conjunction with a balanced diet full of lean protein, vegetables and fruit, and whole grains, almond butter is a fantastic addition and can certainly help you reach your dietary goals.