Traditional milk, or cow’s milk, consumption can be difficult or downright impossible for some people. The reason for this could be due to a medical condition, often called ‘lactose intolerance’ but is medically categorized as lactose maldigestion. It could also be a personal choice, as is the case with many vegetarians, vegans. Or, it could be as simple as people not liking the flavor of almond milk. 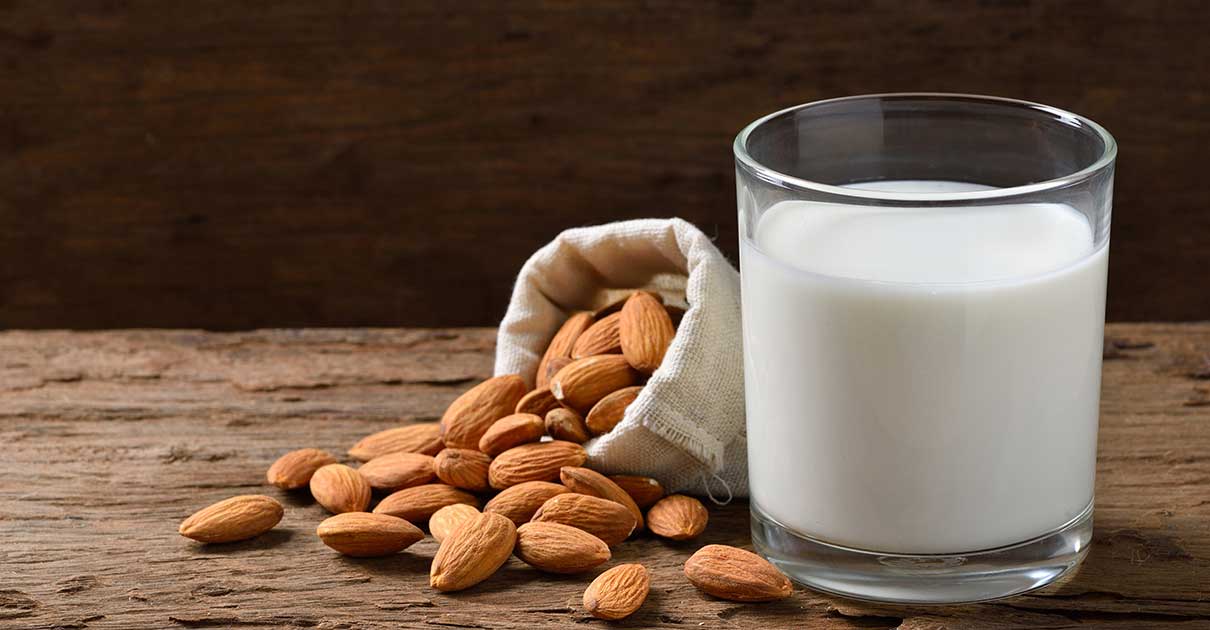 Indeed, the prevalence of ‘lactose intolerant’ individuals, or those who cannot digest the lactose sugar found in milk, can range from 3% to around 50% of individuals worldwide, depending on a variety of factors (1), while vegetarianism and veganism has been rising in popularity over the last decade. (2)

This, in turn, along with the above personal reasons, has led to less people choosing conventional milk or dairy products when shopping and has led to a reduction in the consumption of cow’s milk. However, neglecting milk consumption completely can have a host of negative health repercussions such as low bone mineral density (3), increased incidence of type 2 diabetes (4), low calcium intake (5) and vitamin D deficiency.

Fortunately, over the last decade, there has also been a rise in substitute products that are not only vegetarian and vegan-friendly, but also contain no lactose, which allows lactose intolerant populations to take them safely, with no intestinal distress or discomfort. One of these substitute products is almond milk.

How to Make Almond Milk

Almond milk is created by grinding almonds into a paste or pulp and mixing this with water. The pulp is then extracted from the mixture, leaving just the milky substance behind.

Because of the relatively simple method of creating almond milk, and the lack of potentially nutrient-destructive processing protocol such as heating or ‘hulling’ that some other substitute products like rice milk can go through, many of the nutrients from the almonds are transferred directly to the almond milk. This means that many of the health benefits of almonds, with a few unique benefits exclusive to the milk form, can be found in almond milk.

While full-fat milk usually has around 160 calories per 8 ounces, almond milk comes in at only 80-90 calories, which is nearly half the amount of calories for the same amount of milk and makes it one of the lowest calorie milk alternatives. (6)

This lower calorie content makes this milk alternative a good choice for anyone trying to lose weight and is most likely one of the reasons for its rise in popularity in the fitness community. It also has a relatively neutral flavor, making it a viable alternative for baking recipes as well.

2. Almond Milk is Heart Healthy and Does Not Contain Any Cholesterol

Apart from the overall lower calorie content of almond milk compared to regular milk, almond milk also contains no cholesterol, which makes it a very heart friendly alternative to milk. It has even shown to be effective in reducing blood pressure. (7)

So, almond milk is also a very heart friendly drink for those concerned about their cardiovascular wellbeing or those with high blood pressure who’ve been recommended a diet overhaul in an effort to delay or even reverse cardiovascular diseases.

Almond milk also has a relatively large amount of fiber for a milk drink, with 1 gram of fiber in every serving. Fiber is essential in helping the body absorb nutrients and in maintaining intestinal health. This helps almond milk stand above other alternatives like rice or soy milk, which has no fiber, and is arguably one of its biggest nutritional attributes.

One big benefit from the consumption in almond milk is that it may help prevent the occurrence of prostate and breast cancer when compared to soy or cow’s milk. This was shown in a recent study in the Nutrition and Cancer journal showed that, while cow’s milk had a tumor promoting effect for prostate cancer, almond milk seemed to have a tumor suppressive effect. (8)

This same study also showed that it had no effect on breast tumor cells, whereas other alternatives, like soy milk, has shown to have negative effects in breast cancer.

5. Almond Milk is Rich in Vitamins

Aside from the ‘macronutrient’ contents such as protein and fiber, almond milk is also rich in B vitamins, vitamin A, vitamin D, vitamin E and minerals like calcium and potassium.

This is another advantage of almond milk over other conventional alternatives as many of them don’t contain the same amount of potassium or calcium, which are some of the primary benefits that most people miss out on when removing milk from the diet.

Plus, with vitamin D deficiency being very common in the USA and Europe, particularly in the winter months (9), this makes almond milk a strong alternative to cow’s milk for nutritional value.

Building from second point mentioned above, one of the reasons almond milk is so ‘heart healthy’ is not only because of its non-existent cholesterol content, but also because it is rich in monounsaturated and polyunsaturated fats.

These fats benefit more than just the heart, helping metabolism (10), mental health (11) and helping reduce your risk of diabetes. (12) Almond milk is a good, low-calorie means of consuming these healthy fats.

7. Almond Milk Has a Lower Carbohydrate Content than Similar Alternatives

While substitutes like rice milk can be very high in carbohydrates at 27 grams in one serving, almond milk remains a low carbohydrate, as well as a low calorie, alternative to both cow’s milk and it’s soy and rice variations.

With only 2 grams per serving in most unsweetened variants, this makes almond milk a perfect option for anyone following low carbohydrate diets, like diabetics or Ketogenic dieters.

8. Almond Milk Has No Estrogen Compounds

One possible reason that almond milk has no adverse effects on breast cancer could be that, unlike soy or cow’s milk, almond milk contains no estrogen hormones.

This can be beneficial not only for breast cancer patients, but also in males, where excessive estrogen consumption through food can cause increased acne in teenagers (13), and may be related to reproductive problems. (14) Almond milk therefore holds an advantage for people who consume a lot of milk products in their diet, particularly in men.

9. Almond Milk Can Be a Source of Hydration

Because of the processing in making almond milk, in this substitute has a high water content. This, combined with its relatively high mineral content such as calcium and potassium, make it a good source of hydration, particularly during exercise and could be a useful choice for a workout beverage, particularly if exercising in hot or humid environments.

10. Almond Milk is Affordable and Easy to Make at Home

All that is required for homemade almond milk is water, almonds, cheese cloth and a blender. So it is easy, low cost and relatively fast to make. The same method can also be used to make almond yoghurt, butter or even almond ice cream.

All types of milk products will have benefits and drawbacks, but it is clear that almond milk is a solid choice for those who do not wish to have regular cow’s milk for personal or health reasons.

Almond milk as a substitute milk product can be made anywhere and used in a variety of different recipes, making it a versatile ingredient that can be made in a jiffy.