Aloe vera is easily recognizable by its short stature and its thick fleshy leaves. Its leaves are green and pointy and can grow up to 19 inches. The usage of aloe vera had been rampant time immemorial. It is a plant with medicinal properties, popularly used to treat skin injuries, as well as increase the volume of the hair. It is not surprising why we see a lot of skin and hair products that have aloe vera as one of the main ingredients. Truth be told, it may be a common sight in any garden, but aloe vera has several contributions to health and wellness. 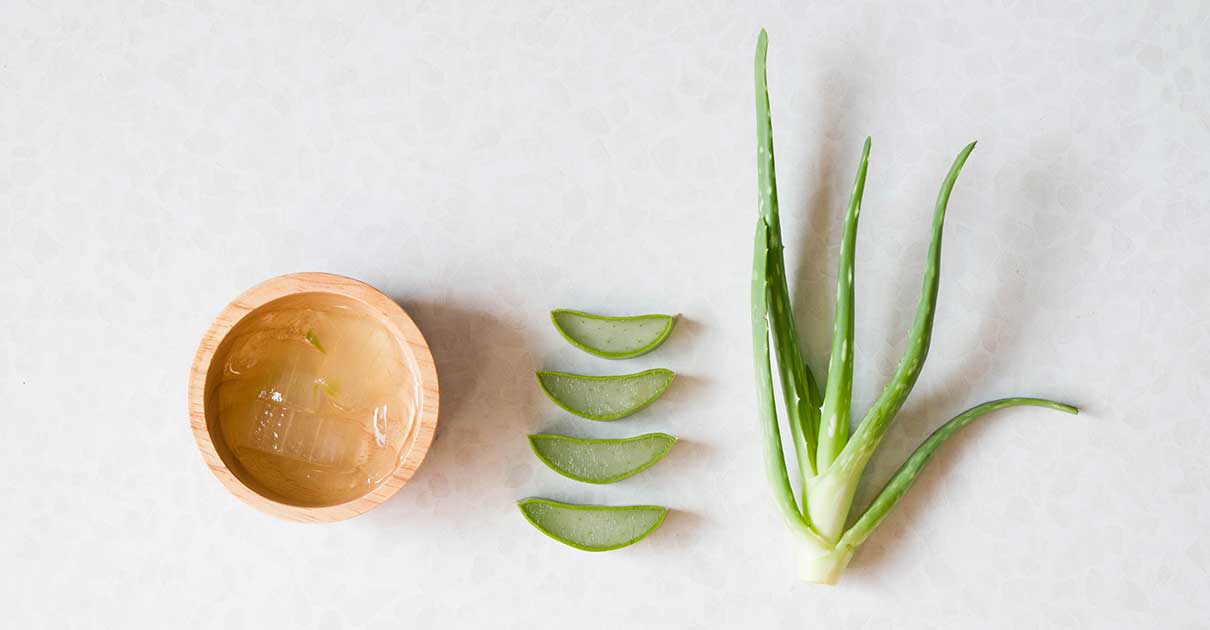 According to statistics, aloe vera has an estimated market value of $13 billion yearly on a global scale. (1)

1. Aloe Vera Helps in the Treatment of Burns

Aloe Vera is approved by the Food and Drug Administration (FDA) as a topical ointment which can be bought over the counter. This was first approved in 1959 and is in use up to this day.

Aloe vera is a popular topical medication. Instead of eating it, one can just rub it on the skin. There have been studies that show its effectiveness in treating first and second degree burns. In one experimental review, results showed that aloe vera application sped up the healing time of first to second degree burns as opposed to using other ointments. The healing time was minimized significantly at 9 days versus traditional medicine. (2)

2. Aloe Vera is Rich in Antioxidants

Antioxidants in the body are needed to fight off free radicals that could cause cell damage. Polyphenols are one such example, and responsible for preventing the growth of bacteria that could cause infections and other diseases. (3)

Canker sores can be quite a nuisance and wreak havoc on a person’s eating habits depending on how large the affected area is and how long its life cycle is. However, this type of mouth ulcer can last up to a week or more.

Aloe vera may be used as a natural form of treatment for mouth ulcers as proven by several studies. Aloe vera speeds up the healing process according to studies. In one week-long study, participants saw a reduction in the size of the sore, less pain, and reduced healing time after applying aloe vera patches directly onto the affected areas as compared to using other forms of treatment. (4, 5)

4. Aloe Vera Reduces the Build Up of Plaque

Gum diseases and tooth decay are very common health problems, and it affects both children and adults. One of the best dental health practices is to prevent the build-up of bacterial biofilms or plaque on the teeth.

In one study that had 300 health people rinsing with 100% pure aloe vera juice, results showed that after 4 days, the aloe vera mouth rinse was just as effective as the standard mouthwash ingredient chlorhexidine. (6) In a separate study, results showed similar benefits of rinsing with aloe vera juice when used over a longer period. (7) Aloe vera has properties that kill bacteria such as Streptococcus mutans in the mouth, as well as the yeast Candida albicans. (8)

Albeit preliminary, a research has suggested that taking aloe vera may assist in the controlling blood sugar levels, and can be a viable form of treatment for diabetic individuals. (8)

According to the research, this may be the effect of several compounds present in aloe vera, which includes anthraquinones, mannans, and lectins. The result of the study was a decrease in blood lipids found not only in patients with type 2 diabetes, but also those with liver problems like hepatitis. Aloe vera may also help in healing diabetes-related wounds in the legs at a faster rate.

With further research, aloe vera could be a treatment for diabetes in the near future.

The skin is the largest organ in the body. Therefore, it is of utmost importance to keep it healthy and nourished from the inside out. There have been preliminary studies conducted using aloe vera and its effects on delaying the natural aging process of the skin.

A study involving 30 women showed better skin elasticity and enhanced collagen within 90 days of continuous aloe vera application. (9) In addition, aloe vera may also help in reducing redness of the skin or erythema. (10)

It comes as no surprised to see aloe vera listed in a wide range of topical ointments and skin care products due to its healing, moisturizing and anti-aging properties.

7. Aloe Vera May be Used to Promote Regularity and Prevent Constipation

Constipation is a major problem that causes pain and discomfort. There are many over the counter medications available in the market, but one way to treat this condition is by consuming the latex of aloe vera. The latex can be found underneath the skin of the leaf, and is characterized by its yellowish hue.

The latex, unknown to a lot of people, contains a compound called barbaloin or aloin. Aloin is a proven laxative and is therefore an effective treatment for constipation. (11)

It is important to note that frequent use of laxatives is dangerous and may cause dehydration and internal discomfort. Seek the advice of a medical professional if constipation is a regular concern.

Just like chia seeds and seaweeds, aloe vera is a gelatinous plant. Gelatinous plant foods are effective in cleaning out the intestinal tract because the gel moves through it and absorbs the toxins. The toxins are then secreted via the colon where it can be disposed of. Consuming aloe vera helps in eliminating waste from the body in order to have a healthier, stronger body. (12) A secondary benefit to this would be weight loss. In many detox centers, aloe vera remains a popular choice as it is all-natural but equally effective as other compounds.

Those suffering from Gastroesophageal Reflux Disease or GERD may greatly benefit from taking aloe vera. One painful symptom of GERD is heartburn, which causes discomfort and could interfere with day to day activities.

What makes aloe vera good for this ailment is the fact that it is an alkaline forming food, which basically means that it neutralizes the acidity of the body. In one study, results showed that taking aloe vera gel during mealtimes could reduce pain associated with GERD and other problems related to digestion. (13)

10. Aloe Vera May Have Anti-Cancer Properties

Cancer prevention is an ongoing battle, but thanks to technological advancements in plant research, it can be said that we have made strides over the past few decades. With new research uncovering new viable forms of treatment, mortality rates are slowly decreasing and survival rates are on the rise.

Aloe vera leaves contain a compound called aloe-emodin, which has been shown to prevent breast cancer cells from spreading according to one study. Although further studies will have to be conducted to further prove its effectiveness, it shows promise as possible anti-cancer agent. (14)

Pregnant and lactating women by all means should avoid aloe vera of any forms. There have been reported incidents of contraction in pregnant women, which could result in miscarriage.

Aloe vera has laxative properties and may cause irregularity in bowel movement if the person taking it is not suffering from constipation. Those with severe allergies to the Liliaceae family (onions, leeks, garlic, and tulips) should also avoid aloe vera.

Taking and using aloe vera can be beneficial and serves many purposes. Though more studies have to be conducted on its benefits, there is much to be said about this humble plant. Aloe vera is easily incorporated into one’s diet, and can be applied topically as well. Though it is most commonly consumed in liquid form, you may also consume aloe vera through capsules or supplements.