Beer has been a popular drink for thousands of years. It is believed that prehistoric nomads were making beer with grains and water before they were making bread. The first recipe for beer was written over six thousand years ago, and beer played a major role in many different ancient societies, including Egyptian, Hebrew, Babylonian, Incan, and Chinese cultures. (1) 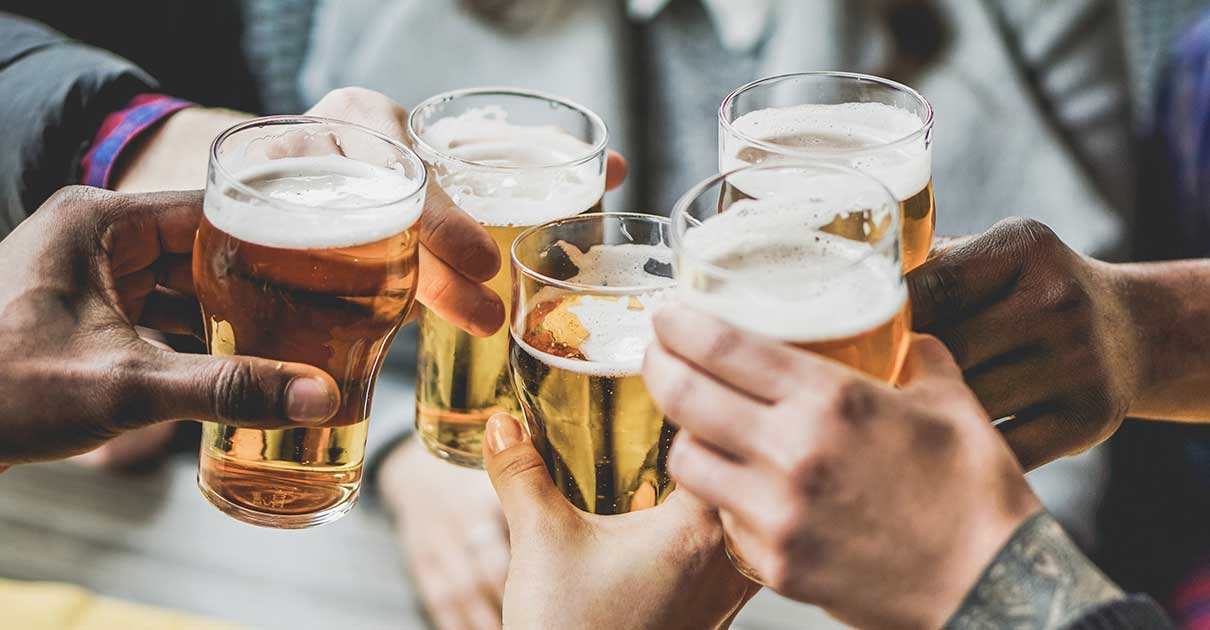 Beer has a long history, and it is one of the most popular beverages in the United States and throughout many parts of the world today. However, not many people are aware that moderate consumption of beer could also offer some health benefits. Here are some of them:

1. Beer May Help Prevent Some Types of Kidney Stones from Forming

Every year, millions of Americans develop incredibly painful, crystallized lumps of calcium, oxalate, and uric acid that the kidneys cannot filter out correctly, also known as kidney stones. Doctors are not entirely sure why some people develop kidney stones, but risk factors include family history, dehydration, obesity, and long histories of urinary tract infections.

While the best way to prevent kidney stones is to drink plenty of water. If your symptoms are severe, medication and diet changes may be necessary as well. Recent studies have shown that those who have a history of kidney stones find that drinking one serving of beer regularly helps to prevent some types of stones from forming. Always consult your doctor about any medications you are on for your kidney stones to ensure that there are no bad interactions. (2)

Nearly one-third of all American adults suffer from high bad cholesterol, or LDL. When left untreated, unhealthy levels of LDL can lead to heart disease, heart attack, and stroke. High levels of LDL can be managed through medicine, exercise, and diet change. Many adults are happy to learn that both wine and beer can play a major role in raising HDL, or good cholesterol, and lowering LDL levels. (3)

When most people think of a beverage to keep your bones healthy and strong, dairy milk automatically comes to mind. With millions of women and men over the age of fifty suffering from low bone density and broken bones as a result, it is important to have a diet that supports healthy bones.

Studies have begun to show however, that beer may in fact be more important than milk in promoting strong bones. While cow’s milk is high in calcium, the human body is not able to absorb it, particularly when the milk has been pasteurized. Furthermore, studies have shown that cow’s milk might actually leach calcium from the bones. (4) On the other hand, beer is a good source of silicon, which helps to keep the connective tissue between bones healthy and can promote healthy bone growth. (5)

Pale ales tend to be highest in silicon, and silicon can also help to keep your skin, hair, and nails healthy and strong.

4. Beer May Improve Your Creativity

For many people, speaking their mind after a night of drinking is generally not a good idea. However, recent studies have shown that drinking a moderate amount of beer or alcohol, but no more than the legal limit to drive, or .08, can increase the your level of creativity significantly.

A recent study suggested that when a person has had a few drinks, their problem solving abilities increase and the speed in which they solve problems decreases. A moderate amount of beer can help to redirect focus to induce creative thinking and problem solving on a short-term basis. (6)

5. Beer May Lower Your Risk of Developing Type II Diabetes

Diabetes is a potentially debilitating illness that affects millions of Americans every year. While there are treatment management options available, there has yet to be a definitive cure for this potentially life-threatening disease. Many different risk factors play a role diabetes development, including weight and genetics, but recent studies have found that regular, but responsible, alcohol consumption can help reduce the risk of type II diabetes in particular. (7)

6. Beer May Boost Your Immune System

7. Beer May Be An Effective Recovery Drink

After a long run or an intense training session at the gym, most people would probably quench their thirst with a sports drink or a glass of water. However, beer may be another alternative following exercise. A team of food scientists has concocted a healthier alternative to traditional beer at only 77 calories and 0.5 percent alcohol. It is also enriched with electrolytes, antioxidants and nutrients that will help promote recovery after a tiring workout.

Beer as a pre-workout drink? Not a common practice, but research has shown that lowering the level of alcohol by volume as well as adding salt served to better hydrate their sample better than traditional beer. Also, beer is plant-based, it contains a range of nutrients that many sports drinks don’t have. The polyphenols in beer also have antioxidative and anti-inflammatory effects, making it useful for those who have just undergone strenuous exercise. (9)

8. Beer Is High in B Vitamins

When people think of beer, most do not assume that it is high in healthy vitamins. However, beer is a good source of various B Vitamins, including folic acid, riboflavin, and niacin, all of which are important for healthy cell growth and prevention of birth defects. While most doctors advise staying away from all alcohol during pregnancy, these vitamins are important for people of all ages in maintaining a healthy cardiovascular system. (10)

9. Beer May Contain Up to 60 Percent of the Daily Recommended Intake of Fiber

10. Beer Drinkers Have A Lower Risk of Developing Gallstones

While cutting down on foods high in cholesterol and maintaining a healthy, active lifestyle can help to lower the risk of gallstones, which are more common in women, people over sixty, and those who overweight, beer can play a role in preventing these stones from developing. (11)

Moderation is key to alcohol consumption. Binge drinking leads to an increased risk of heart attack, stroke, liver disease, neurological damage, sexually transmitted infections, and complications with diabetes. Chronic binge drinking can play a role in the development of a variety of different types of cancers, including breast, colon, mouth, and esophagus. It may also increase the risk of mental illnesses, such as anxiety and depression.

Alcohol, even in moderation, can interact with many different medications, both prescription or over-the-counter, so it is always important to ask your doctor or pharmacist if it safe to consume beer or any type of alcohol while taking a specific medication. (12)

Beer has a long, rich history throughout the entire world, and has been brewed for over six thousand years. As with any alcoholic beverage, beer should be consumed in moderation, as binge drinking can carry a host of different health and social consequences. When consumed responsibly, beer can provide a variety of different health and emotional benefits.