13 Benefits of Castor Oil for Your Skin and Body

Castor oil is an oil obtained from the castor seed. This oil has been recognized for its benefits in health and beauty and has been used for over thousands of years by the ancient Egyptians, the ancient Greeks, the Romans, and even by Native Americans back in the 17th century. Today, castor oil is primarily used as a food additive and as a key ingredients in many beauty products/cosmetics like lipsticks, nail polish and shampoos. However, castor oil as a standalone product has many benefits when taken with a well-rounded diet. It is also useful when applied on the skin for many health, beauty or medicinal purposes. 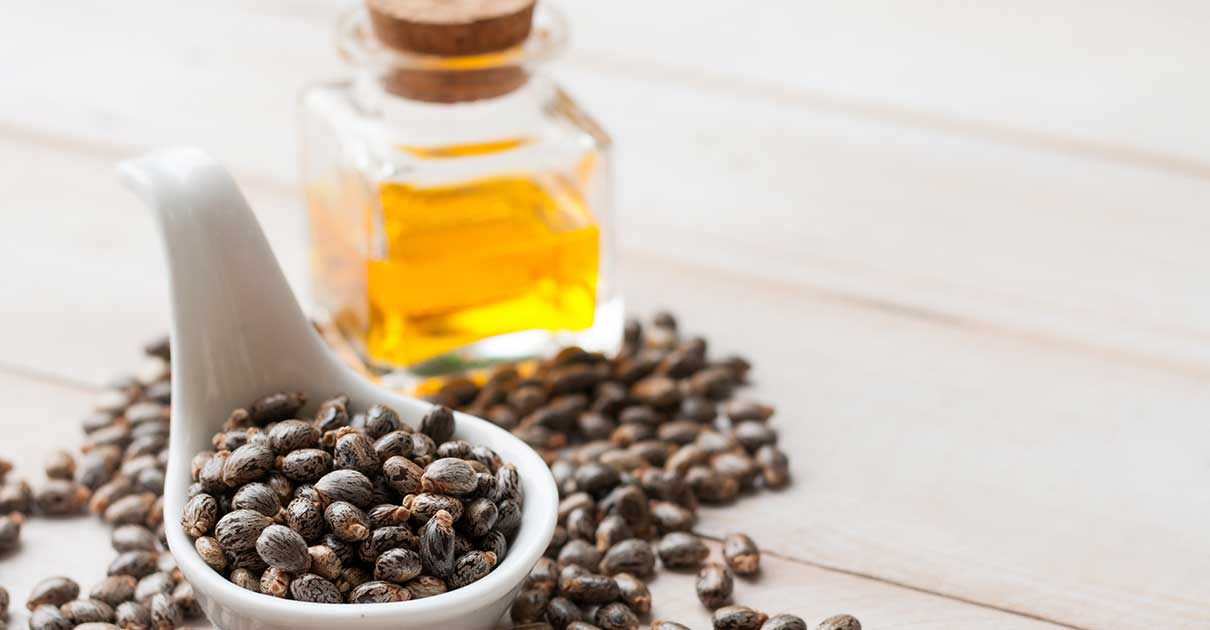 Below, each of these benefits will be discussed in terms of the effect on an individual’s health, nutrition or appearance. Some of the side effects that castor oil may cause will also be discussed.

Castor oil can have many health benefits such as improving various skin conditions, promoting hair and scalp health, promoting sleep, and helping improve other medical conditions. The health benefits individuals can attain from this easy to use and low cost oil gives us every reason why we should have some in our homes at all times.

Dealing with a very common and unpleasant inflammation of blood vessels, castor oil can be applied to hemorrhoids to help decrease swelling, protect against infection, and reduce pain and discomfort. (1)

This can be done by gently applying a small amount of oil onto the affected area with a cotton bud or swab. It is highly recommended that you apply castor oil immediately before going to bed.

2. Castor Oil Can Help Those Who Suffer From Arthritis

Research shows that castor oil can be useful in treating arthritis. Taking one milliliter of castor oil three times per day helped reduce pain and swelling in patients with arthritis. (2)

This gives castor oil the edge in helping to treat those who suffer from arthritis by offering a natural and cheaper alternative to drugs.

One study found that applying castor oil directly on skin through castor oil packs helped increase immune cell activity and growth. (3) This, along with some of the antibacterial properties in castor oil, offers a unique benefit in helping to prevent illnesses and infections.

4. Castor Oil Can Be Used as an Anti-Bacterial Oil

As stated above, castor oil has potent antibacterial and antimicrobial properties. It also helps fight off harmful bacteria. This makes castor oil a good addition to popular antibiotics, could help prevent illnesses, and could be especially useful in disinfecting any cuts or open wounds. (4)

It has been shown to be effective in protecting against infection in wounds sustained by soldiers in battle. Cloth or bandages used to dress wounds is usually soaked in castor oil.

By helping to reduce inflammation and acting as a natural pain-killer, castor oil has been shown to effective in treating back pain and has been recommended to people suffering from chronic back aches. (5)

Back pain is one of the most common sources of chronic pain especially in overweight individuals. Castor oil could help manage long-term back issues.

Castor oil can be useful in reducing acne. It helps to reduce blotchy marks on the skin that acne causes by decreasing microbes which helps acne develop. (6) Additionally, it cleans the pores of the skin.

This will help a number of individuals who suffer from acne, particularly teenagers who are at greater risk of developing acne due to changes in hormones. Applying castor oil to acne or any skin blotches can reduce breakouts and improve overall skin health.

It has also been shown to help in treating dermatitis by reducing pain and inflammation when applied to the rash directly by heating the oil until warm and applying a thin layer. It is also relatively fast-acting with relief usually occurring within 10 minutes.

Castor oil has also been shown to be of great benefit to hair health. (7)

Applying a few drops of castor oil to the roots and the ends of hair can help fix split ends, improve hair strength, and increase hair growth making it a great addition to any hair treatment products in one’s household.

Castor oil has a large dose of Vitamin K which helps to improve nail strength and growth while giving them an appealing sheen. (8) It can also be useful after nail treatments such as manicures or even just to improve nail appearance and health. This is one of the primary reasons for the addition of castor oil in the ingredients of many high-end brand nail polishes and nail products.

Another benefit castor oil can provide to skin is helping to eradicate warts and skin tags. (9) This method of wart removal is cheaper, easier and usually more comfortable than most other methods such as freezing or acid treatments.

To reduce the appearance of unsightly warts or skin tags, apply a small amount of castor oil to the affected areas and cover it with plaster. This is a safe and natural treatment method that can be used by anyone.

10. Castor Oil Can Moisturize the Skin and Remove Callouses

Anyone involved in manual labor, people who spend a lot of time on their feet, or even gym-goers who do a lot of heavy lifting may greatly benefit from the use of castor oil. Developing callouses and dry/cracked skin is a persistent issue to those mentioned above.

Castor oil helps moisturize the skin and helps remove callouses in only a few applications. (10) With this considered, castor oil should have a permanent place in gym bags and work lockers for those who do a lot of physical labor on a daily basis.

Along with helping boost the immune system, fighting bacteria, and improving skin/nail/hair health, castor oil also aids in improving nutrition by helping the body absorb nutrients more effectively along with other nutritional benefits.

Constipation is a common problem for individuals, particularly with the elderly, who find it difficult to get enough fiber through daily food intake.

However, one easy way to help maintain regular bowel movement and prevent constipation is by supplementing the diet with castor oil. (11)

This will assist you in getting the most out of your food and also offers a good reason for making sure that castor oil is taken with meals. People who are on a diet, who undereat, or who may have difficulty putting on weight may benefit from adding castor oil to their diet.

13. Castor Oil Can Act as a Safe Food Additive

For many people, one of the biggest complaints of taking castor oil orally is the unpleasant taste. However, unlike some food additives which can have a negative effect on the nutritional value of food, castor oil can be used by either mixing it in with recipes or along with ingredients when preparing a meal. (13)

This is one of the main reasons that castor oil is used as a food additive in many commercial products and offers a useful way to take castor oil while eliminating the unpleasant taste or the need to take it directly.

1. Excessive Use Can Cause Dermatitis

While castor oil can be a skin friendly method for treating rashes and helping with numerous other skin problems, there is also evidence that excessive use or over-reliance on castor oil application can cause contact dermatitis.

However, this is rare and only caused due to allergies or very heavy use of castor oil. Considering this, application of castor oil around 1 to 2 times per day should be enough to get all of the above beauty benefits without developing dermatitis.

2. Large Doses Can Cause Some Stomach Discomfort

Excessive intake of castor oil can also be an issue. This may cause stomach or intestinal discomfort when taken in excess or taken alone instead of with a meal or mixed with a drink. Large doses of castor oil can also result in bowel movement issues due to the laxative effect of oil. An intake of around 3 milliliters per day seems to be sufficient to attain the above nutritional and health benefits.

Like with many food and topical substances, many people can be allergic to castor oil and, as such, may experience nausea, inflammation, or a number of severe negative side effects when taking castor oil. To protect against this, it is vital to consult with a doctor and, if necessary, test for any allergies that an individual may have.