11 Health Benefits of Cayenne Pepper (Loaded with Vitamin A!)

The cultivation of chili peppers dates back to ancient times in South America. Nowadays, there are hundreds of types of chili peppers grown globally. Even with the huge variety of peppers available to us, the cayenne chili pepper is still a favorite for many due to its versatility in cooking and the positive health benefits they give us from regular consumption. Cayenne peppers, which belong to the Capsicum genus in the nightshade family, is a staple ingredient in the most popular spicy dishes around the world. The pepper was named after the capital city of French Guiana, Cayenne; the center of origin where the chili was first grown. Today, they are grown in most sub-tropical and tropical regions. 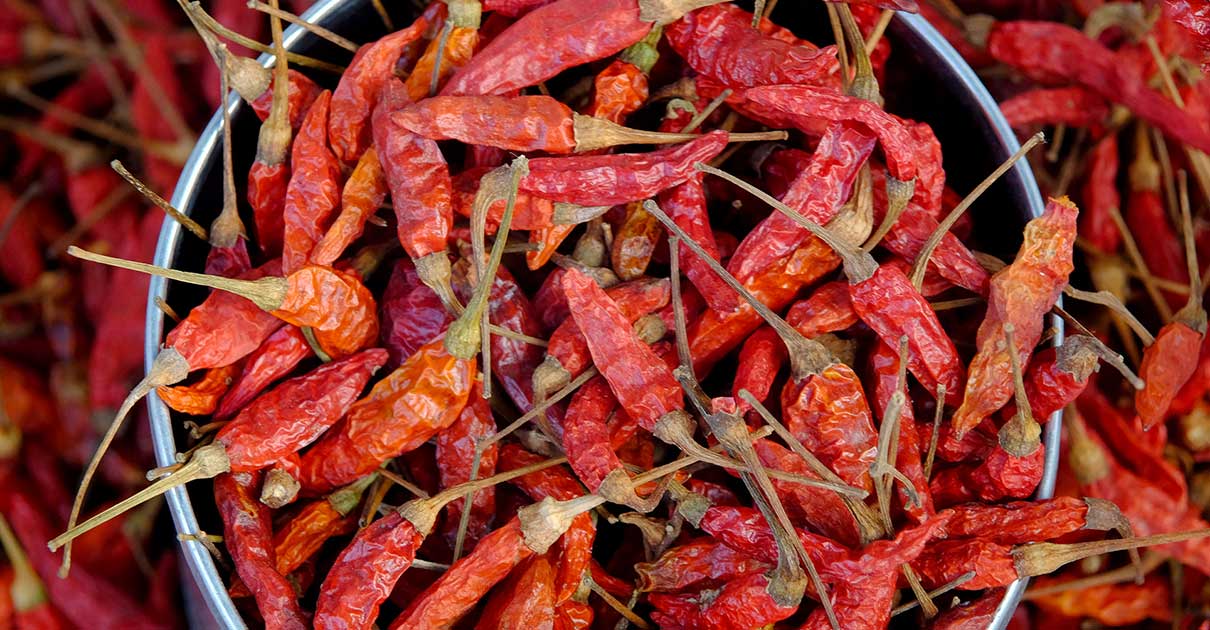 You may be surprised to find out that these wonderful peppers can replace many over-the-counter drugs and topical medications needed for different medical ailments. Listed below are 12 benefits you can attain from regular consumption of cayenne peppers.

An Excellent Source Of Vitamin A

Vitamin A is responsible for supporting a healthy immune system, eye health and vision, healthy skin, good brain function, strong bones, and much more. A deficiency in vitamin A can increase the risk for mild medical conditions such as premature skin damage, and more serious conditions such as blindness, respiratory infection, heart disease, and even cancer.

Don’t be afraid to add some heat to your meals with cayenne peppers and get your daily dose of vitamin A. (2)

Consuming cayenne peppers stimulates the salivary glands, which produce more saliva to aid in digestion. Additionally, the capsicum in these peppers have the ability to help boost blood circulation throughout the entire body which results in more efficient, healthy digestion. (3)

A healthy digestive system will enhance the ability to lose unwanted weight and aid in eliminating toxins that are stored and built up in the body. In addition, bowel movements will become more regular and the body absorb nutrients more efficiently when your digestive system is healthy. (4)

A very popular detox drink is warm lemon water with cayenne pepper. Often times, maple syrup is added to this beverage to add sweetness. Lemons are loaded with vitamins and minerals to help flush waste and the cayenne peppers open up capillaries in the circulatory system to support body detox. (5)

An effective detox will help boost and sustain energy levels throughout the day, strengthen the immune system, promote healthy looking skin and hair, improve mood, and many more. (6)

A neurotransmitter called substance P sends pain signals to the brain when necessary. Cayenne peppers are extremely helpful with regards to pain relief due to the capsaicin in the peppers. (7) Capsaicin possesses the amazing ability to block substance P which significantly reduces pain.

There are lots of ways to make cayenne pepper creams for joint and nerve pain which you can find online. Many of the ingredients used for topical pain relief creams are readily available in your household. (8)

According to statistics, seven and a half million people in the United States suffer from psoriasis. A larger percentage of this population is adults, both male and female. For those diagnosed with this skin ailment, topical cayenne pepper will greatly reduce scaling and redness due to the capsaicin present in the peppers.

This study shows a good success rate in patients who used capsaicin creams as a form of treatment for psoriasis. (9)

The candida fungus can infect the skin and many other parts of the body. Some examples of this fungal infection include vaginal yeast infection, athlete’s foot, and thrush. The CDC (Centers for Disease Control and Prevention) reports of 46,000 outbreaks in Americans each year. (10)

Even though there are many ointments and topical creams for candida infections, some ingredients in these medications include topical steroids, which some people may not like to use. A natural alternative to these medications is the essential oils in cayenne pepper. (11)

Migraines negatively affect performance in academics, in sports, and in the workplace. According to this article, a total income of $5.6 to $17.2 billion is lost yearly due to absence at work. Additionally, those who suffer from migraines have to spend more on their healthcare.

The capsaicin in cayenne pepper is a cheap and effective pain blocker to keep you working efficiently and will help relieve pain or discomfort from persistent headaches and migraines. (13)

Cayenne peppers have anti-inflammatory agents and help to prevent leaky gut. When individuals are diagnosed with a leaky gut, food particles may go through the intestines and cause inflammation in the body. (14)

One of the conditions highly linked to leaky gut syndrome is allergies. The regular consumption of cayenne peppers, along with a healthy diet, will prevent an outbreak of allergies.

8. Cayenne Pepper Boosts The Metabolism and Aids in Weight Loss

One of the most popular benefits of eating cayenne peppers is its excellent ability to boost the metabolism and support healthy weight loss. More often than not, we’ve seen many fitness articles that include consuming cayenne peppers and for good reason.

The thermogenesis, which is the increase in body temperate after consuming hot peppers will force the body to cool down thereby raising metabolic rate. (15) As metabolic rate is raised, more calories are burned which results in greater total weight and fat loss compared to not consuming cayenne pepper.

It goes without saying that shedding weight requires you to exercise regularly and to have a proper nutrition plan, but adding extra heat to your meals will amplify the fat / weight loss effects. (16)

According to experts, cayenne pepper is one of the best blood circulation stimulants out there. As soon as the peppers make contact with your tongue, fresh blood is pumped throughout your body to help get rid of toxins, wastes, lactic acid buildup, and helps areas in the body that require healing. (17)

Cayenne peppers have the amazing ability to raise HDL cholesterol, lower LDL cholesterol , and lower triglyceride count by raising the metabolism. Additionally, good heart health is maintained when there is good blood circulation in the body, another benefit attained by consuming cayenne peppers.

Many of the studies conducted for cayenne pepper intake and cancer prevention and the spreading of cancer cells to other parts of the body still need further testing but some show positive results.

Cayenne peppers are one of nature’s wonder foods. Not only do these tiny red peppers pack a punch of heat when added to our meals, but they also keep our bodies healthy and strong. The amazing effects that cayenne peppers have on the body can replace many over-the-counter drugs.

It is a natural alternative to modern medicine. Since prehistoric times, people have been using this pepper for a variety of reasons and to this day, it still remains as a popular ingredient in cooking as well as a healing agent for pains and other conditions.

Add spice to your life with cayenne peppers!