Ginseng is one of the most known herbal supplements in the world, due in part to its traditional use for enhancing memory in addition to energy intensities. Besides these, it still has many other uses. For instance, ginseng is thought of as an adaptogen, meaning it aids the body at withstanding both physical and mental stress. Going deeper into the benefits, however first necessitates understanding the various kinds of ginseng obtainable. There are three basic kinds, each with distinctive characteristics, but only two are in fact ginseng. 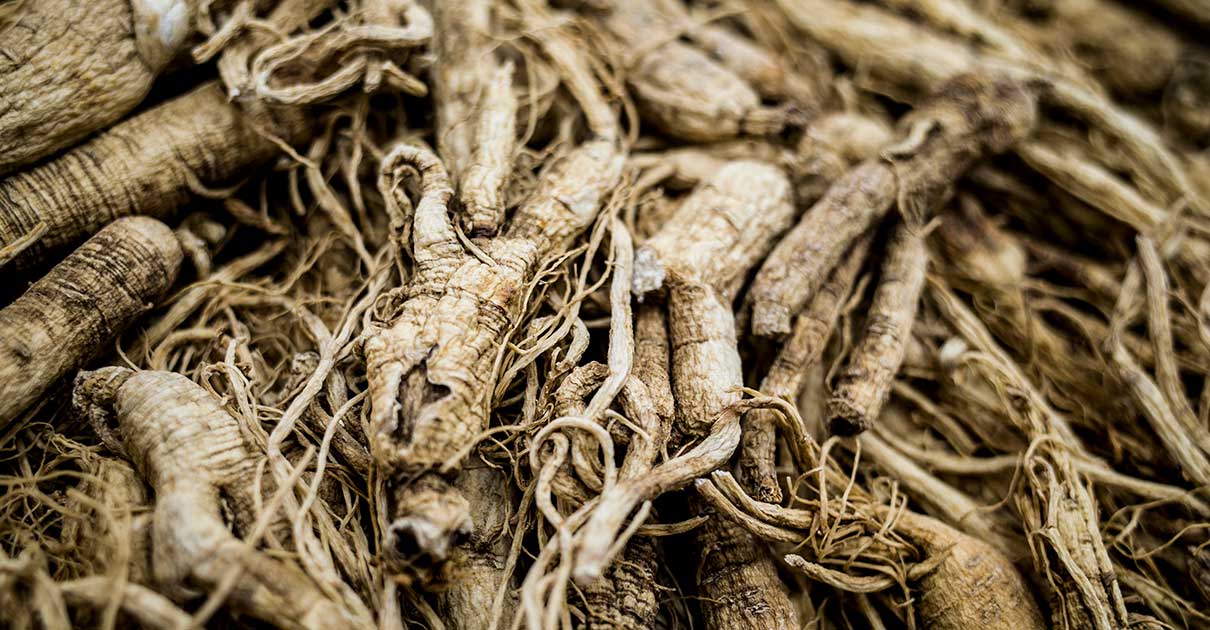 American ginseng is not used for medicinal applications until it is at least 6 years old, and the wrinkles surrounding the neck of the root tell how old it is. Because of overharvesting, American ginseng has become quite rare in the wild and rather pricey to buy, but it is also cultivated in farms. Research done on the American ginseng strain submit that it may bolster the immune system, work like an antioxidant and also aid inflammatory issues. It may also be beneficial as a general stress reliever. Functioning as an ‘adaptogen’, ginseng shows anti-fatigue, anti-stress, and anti-aging benefits, in addition to over-all enhancement of physical and mental performance.

Should you require an herb to calm stress-related issues, American ginseng is the choice of the two. Asian ginseng, however, is considered as a heating agent and is not normally recommended for stress management.

Likewise, as American ginseng looks promising for type 2 diabetes, the results are less evident when it comes to Asian ginseng. Though some studies suggest a use for diabetes, other research have observed it could elevate blood sugar amounts, hence rendering this as an area that requires further testing.

While Siberian ginseng is not a bonafide ginseng, it is frequently mistaken for the herb. The foremost uses of Siberian ginseng are immune-system enhancement, boosting energy and liveliness, and also as an adaptogenic herb for stress management. Siberian ginseng has also been observed to possess anti-viral characteristics, and lessen the frequency of herpes occurrences among individuals with the herpes simplex virus type 2.

In one study, results showed that ginseng improved memory scores of people who were suffering from dementia as a side effect of stroke. Ginseng increased brain chemicals and shows promise in treating mild and moderate dementia, but researchers warned that clinical trials should still be conducted to establish safety and efficacy. (1)

2. Ginseng May Help with Diabetes Management

American ginseng has shown anti-cancer characteristics that seem to inhibit tumor development. It has shown specific potential in treating colorectal cancer. One study used a steaming process to compare the anti-cancer effects and found that the steamed method significantly increased the anti-cancer activity of ginseng. (3)

Ginseng improves stress resistance and stamina, and is often referred to as an adaptogen since it helps the body adapt to stressful situations. Researchers have acknowledged the growing interest in ginseng as a natural alternative to over-the-counter medications for colds and flu. (4)

5. Ginseng May Improve Symptoms of ADHD

A mixture of American ginseng and ginkgo biloba may help symptoms of ADHD in kids and teenagers, though usage should be closely monitored if the patient has a history of schizophrenia, insomnia, hormone-sensitive conditions and diabetes as it can interact with several medications. (5)

Asian ginseng exhibits potential for aiding heart health, including anti-hypertensive effects as well as shielding from heart failure. Asian ginseng specifically may guard against symptoms of heart disease and sustain healthy cholesterol amounts. Some studies indicate that ginseng elevates blood pressure at typical doses but brings it down at higher doses, so be prudent with its use if you are hypertensive. (6)

Asian ginseng may possess neuroprotective properties, including sustaining homeostasis and antioxidant, anti-inflammatory, anti-apoptotic, in addition to immune-stimulatory characteristics. The herb may possibly be helpful for Alzheimer’s, Parkinson’s, and Huntington’s disease, multiple sclerosis, in addition to some neurological disorders. (7)

8. Ginseng May Be an Effective Treatment for Neurodegenerative Disorders

Asian ginseng’s anti-inflammatory and antioxidant characteristics look to be helpful as a potential neuroprotective approach in stroke. It is one of the suggested treatments for a wide range of neurological disorders including acute and chronic neurodegenerative disorders and stroke. Its effects are focused on the maintenance of homeostatis.

Studies have been conducted on the mechanisms of ginseng in treating disorders, more clinicial trials must be conducted to further explore its practical applications. (8)

9. Ginseng May Have Anti-Cancer Properties

Research has shown the ability of ginseng to fix and counteract cell differentiation in melanoma, hepatoma, and adenocarcinoma cells. Asian ginseng has exhibited potential in the management of many particular kinds of cancer, including melanoma, leukemia, and gastric, colon, hepatic, kidney, prostate, pulmonary and ovarian cancers. Furthermore, cancer related fatigue or CRF is the most typical symptom in individuals afflicted with cancer. People who took high amounts of Asian ginseng experienced less fatigue, better quality of life, improved appetite and better sleep. (9)

Akin to American ginseng, Asian ginseng seems to enhance the immune system. In a research it was observed that those who ingested 400 mg of Asian ginseng every day for four months experienced less colds, and while those that did contract it experienced shorter bouts. (10)

How to Use Ginseng

Limited duration use of ginseng is thought to be harmless among adults. Asian ginseng is optimally used in patterns, for instance every day for 14 to 21 days, then abstaining for two to three weeks. When selecting a supplement, fermented ginseng could give swifter, more reliable absorption as opposed to non-fermented kinds. If you opt for Asian ginseng, go for the unpeeled kinds, also known as red ginseng, since it will have more of its bioactive compounds.

Though on the whole safe, if ingested in higher doses, ginseng could cause anxiety or sleeplessness. You should also be prudent when taking ginseng if you are breastfeeding or are pregnant, or if you are on certain medicines such as, diabetes medications, blood-thinners, antidepressants, anti-psychotic medications, stimulants, and morphine.

American ginseng, or the light brown, knotted root has ginsenosides, which are believed to be responsible for most of its medicinal characteristics. The Chinese who have employed the use of ginseng for centuries, considers American ginseng a decent relaxing tonic.

Asian ginseng, often also called Korean ginseng, also has ginsenosides, but in different amounts than American ginseng, and is thought to be an adaptogenic herb. Chinese medicine considers Asian ginseng as more of a potent stimulant.

Use whichever type of ginseng is appropriate for your needs, and remember to supplement your use with a healthy, balanced diet.