10 Science-Based Benefits of Marriage for Your Health

Marriage is one of the oldest ceremonies/traditions and even predates recorded history. Ancient marriages were often times polygamous and had little to do with love and much more to do with strengthening alliances with other families. It was not until the Dark Ages that legal monogamy in marriages was enforced, though for men, it was socially acceptable to continue extramarital relationships. Love was not a factor in marriage until about two hundred years ago. Additionally, equal partnership between spouses has only progressed within the last fifty years, while gay marriage was only legalized throughout the United States in the past few years. 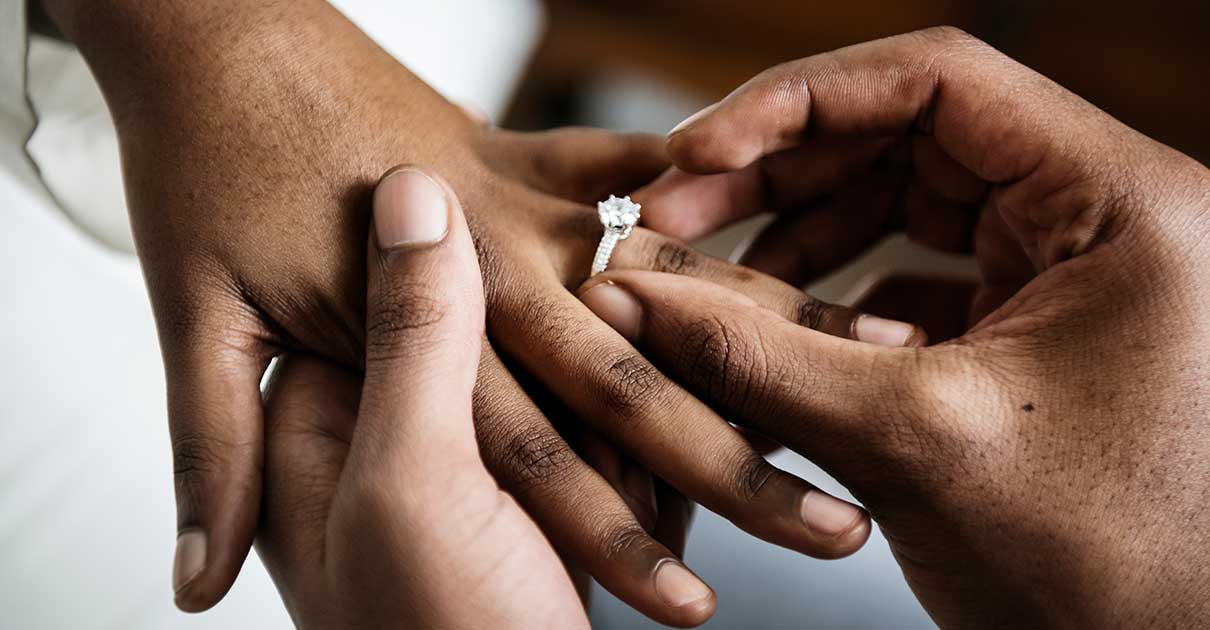 Today, marriage is an institution that has a variety of different health, social, and legal benefits. For those in a relationship, this article will give you all the reasons for you to tie-the-knot with your significant other.

1. Marriage Can Reduce Your Risk of Heart Attack and Stroke

Each year, roughly one and a half million heart attacks occur, resulting in nearly five hundred thousand deaths. Likewise, strokes are the third leading cause of death each year, with nearly two hundred thousand Americans dying from stroke annually. There are a variety of different methods for reducing the risk of these two conditions, including lowering blood pressure and lowering weight.

You may be surprised to find out that getting married is an option to help reduce the risk of heart attack and stroke. (1) According to experts, married couples were much more likely to survive a heart attack than individuals who are single. Likewise, those who are married decrease their risk of dying by stroke.

Those who are happily married tend to have a better support system, which in turn keeps them healthier by decreasing stress accumulated throughout the day. Individuals who suffer from chronic stress are at greater risk for both heart attack and stroke. Good nutrition and staying physically active are the two most common answers to reducing the risk of heart attack and stroke but marriage is a viable method that most people overlook.

2. Marriage Can Reduce Your Chances of Developing A Mental Illness

Depression and anxiety are two common mental illnesses that millions of Americans are diagnosed with each year. These illnesses affect upwards of eighteen percent of adults in the United States, and these conditions are sometimes known as the “common cold of mental illness” due to how common these ailments are.

Experts suggest that for good health, adults should get at least six to eight hours of sleep each night and marriage may be the key to achieving a good night’s sleep on a regular basis. According to the Sleep Health Foundation located in Australia, one in three people suffer from mild insomnia. Insomnia is a condition in which people have difficulty with falling asleep.

Studies show that those who are in long-term, committed, and happy relationships tend to get better sleep than those who are single. Furthermore, those who sleep better report that they are more satisfied with their partners and the status of their relationship. (3)

Particularly for men, marriage can increase life expectancy compared to men who are single. There are a variety of different reasons why this occurs. For example, men who are married are more likely to go to the doctor on a regular basis for the fact that he has a partner or even a family to take care of as well as himself. Many other reasons include better physical and mental health as a result of companionship to help them live longer. (4)

5. Marriage Can Help Those Who Are Recovering From Major Surgery

While most surgeries are routine and fairly minor, major surgeries require hospitalization and an intensive recovery period. Married individuals who undergo surgery recover more quickly than those who are single, and they also are much less likely to die or develop a new condition/disability in the two years following the operation. (5)

Married people have someone they can lean on for emotional support, as well as having help with everyday activities, including eating, getting dressed, getting out of bed, and bathing. Rest and recovery is required for patients after major surgeries and for the reasons mentioned earlier, it should significantly speed up the recovery process.

6. Married People Are Less Likely to Engage in Risky Behavior

For some, thrill seeking and risky behaviors are a way of life. People who have previously participated in risky and adrenaline-producing activity cut down on these activities when they are in a committed relationship, and furthermore, it decreases when they are married. (6)

Marriage has plenty of health related benefits, but it also brings social and economic benefits as well. Studies have shown that states such as Minnesota, Utah, Washington, and Oregon have a high percentage of people who are married, as well as some of the highest income mobility and per capita GDP. Conversely, those states that have the lowest rates of married couples, such as Louisiana, Mississippi, and South Carolina have lower income levels.

More often than not, the saying “two is better than one” applies to many things in life especially when it comes to total income per household. (7) If your goal is to get rich, getting married can help tremendously.

One of the most common benefits of marriage for men and women alike is the tax benefits that marriage brings. Joint filing married couples have greater standard deductions and can claim more charitable contributions. Married couples with dependents, whether it be children or parents, can take advantage of further deductions. (8)

There are also different health care benefits that accompanies marriage. Married couples are able to share a health insurance plan, which can mean a huge discount on monthly health care. (9)

Additionally, married couples are able to make health related decisions for their spouse when their partner is unable to do so due to their condition.

If a married couple in a healthy, loving relationship decide to have children, the children have a greater chance of succeeding in their adulthood. (10) Children raised in a healthy household are forty-four percent more likely to graduate from college, which in turn, leads to greater career opportunities and higher income potential. Children of married couples are also at lower risk for unplanned, teenage pregnancies.

Marriage is an ancient tradition that has been around for thousands of years. While marriage is a lifestyle choice that is not fit for everyone, many of those who are married experience a host of different benefits including health, social, and legal benefits that their single counterparts are unable to experience.