9 Benefits of Milk Thistle for Disease Prevention and Healing

Milk thistle, also known by various names such as sow thistle and wild artichoke, is a plant that is native to the Mediterranean but can be found throughout the entire world. Milk thistle is a plant that can grow up to six feet tall and produces purple flowers. Milk thistle has been used for thousands of years for various medicinal purposes, and is generally safe for consumption by healthy adults. 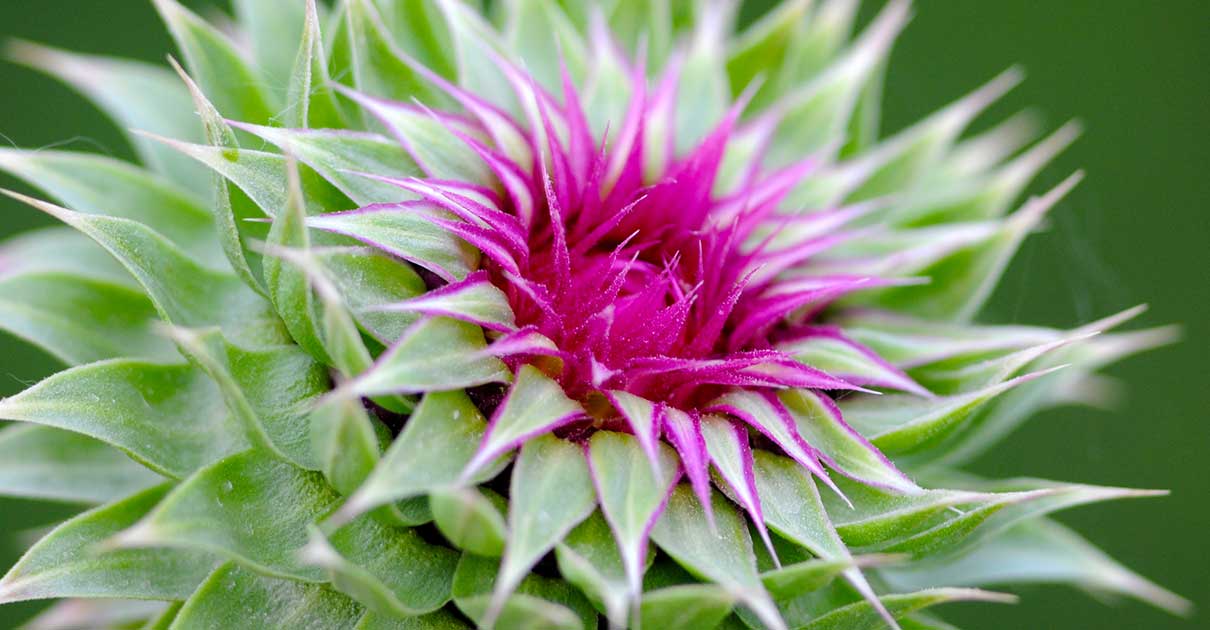 To ensure consistency, the standardized form of milk thistle was created wherein the same proportion of active and inactive ingredients are present each time.

1. Milk Thistle May Help Those Suffering From Type 2 Diabetes

Type 2 diabetes is a condition that affects nearly thirty million adults in the United States, and occurs when the body is unable to properly utilize insulin produced in the pancreas. When left untreated, type 2 diabetes leads to an increased risk of heart attack, stroke, nerve damage, kidney disease, and a host of other serious health concerns. Currently, there is no cure for diabetes, but there are medications that can help manage this illness. Milk thistle has been shown in various studies to help diabetes sufferers to better control their blood sugar levels with regular supplementation. (1)

Proper nutrition and regular exercise should always be prioritized by people who have diabetes. Additionally, supplements such as milk thistle has been shown in various studies to help diabetes sufferers to better control their blood sugar levels with regular supplementation.

2. Milk Thistle May Help Those Suffering From Liver Ailments

The liver is an incredibly important organ in the body. It helps to filter out toxins, convert energy into fat, and produces proteins that helps the blood to clot. There are a variety of different ailments that can affect the liver, including damage from alcohol, hepatitis, or cancer.

Recent studies have shown that milk thistle may play a part in keeping the liver healthy, due to an anti-inflammatory substance found in milk thistle known as silymarin. (2)

Every single year, millions of Americans receive what may be one of the scariest diagnoses imaginable: cancer. Cancer can affect anyone, at any age, and in any part of the body. Cancer treatments such as radiation and chemotherapy can be incredibly damaging throughout the body.

While there are a host of different theories about what causes cancer, there is no definitive way to prevent this terrible disease. It is believed that damage to organs due to free radicals plays a role in the development of cancer. Free radicals occur when there is an extra, unstable oxygen molecule, and free radicals are produced multiple times throughout the day, and in limited amounts are not harmful. However, repeated free radical damage to a cell, particularly for to the DNA, plays a huge role in cancer development.

Milk thistle is high in antioxidants, including silymarin. Antioxidants can help delay the damage caused by free radicals to the cell, thereby helping to prevent cancer, and can also play a role in preventing cancer cells from spreading. Milk thistle has been shown to help prevent and treat many different types of cancer, including breast, skin, colon, lung, and cervical, and does not damage the immune system like other cancer fighting drugs. (3)

Milk thistle is also a fantastic supplement to keep your skin healthy. A healthy liver means that toxins are removed from the body correctly, and not through the skin. Milk thistle also helps to reduce inflammation, which helps to reduce the appearance of blemishes and redness. (4)

In addition to keeping the skin looking healthy, milk thistle may also reduce your chances of developing skin cancer. Milk thistle has been found to have potent antioxidant effects, which helps in protecting the skin against oxidative stress from UV exposure.

Studies show that milk thistle, in combination with traditional treatments, can improve triglyceride, low-density lipoprotein (LDL or “bad”) cholesterol and cholesterol levels. However, keep in mind that these trials were done on people with diabetes. It’s unclear whether or not the same effects are to be expected when milk thistle is taken by health individuals, but initial findings are promising.

The gallbladder is a small organ that helps to store bile used in digestion. Most people do not realize their gallbladder plays an important role in their body until it is not working correctly.

Many women, particularly those who are middle aged or older, experience problems with their gallbladder, particularly with gallstones. Gallstones are crystallized cholesterol, sodium, or dead red blood cells, and can vary greatly in size.

Though research on the effects of milk thistle on patients with hepatitis is not consistent, some research suggests that taking silymarin three times a day for 4 weeks may reduce hepatitis symptoms such as jaundice and dark urine. It does not however, cause improvements in liver function according to tests. (6)

The efficacy of milk thistle depends largely on the dosage and duration of use. In many cases, at least three times a day is the minimum required to see improvements in symptoms.

According to research, milk thistle taken everyday for 3 months may reduce symptoms of menopause in women. These include night sweats and hot flashes, which could affect sleep equality as the hormones responsible for regulating sleep are disrupted by hormonal changes in the body. Milk thistle may also improve sleep quality in menopausal women by offering estrogen support. (7)

Milk thistle is a natural alternative to over-the-counter medications that are commonly used by menopausal women. These include sleep aids, migraine medicine, and painkillers.

Many people experience heartburn after a heavy meal. It is a common digestive disorder that is caused by stomach acid in the food pipe. The stomach’s digestive enzymes and acid do not usually enter the esophagus, however sometimes the sphincter at the lower end of the esophagus does not close properly sometimes, causing acid reflux. This causes heartburn orgastroesophageal reflux disorder (GERD).

Daily use of milk thistle may be an effective form of treatment for heartburn, cramping, nausea, stomach pain and acid reflux, as opposed to chemical-based medicines. Other natural alternatives for heartburn include licorice, coriander and aloe vera, all of which offer soothing and healing benefits.

Potential Side Effects of Milk Thistle

For most healthy adults, it is safe to take an oral supplement of milk thistle. The most common side effect is an increased need to defecate or diarrhea. Some people may also find that other stomach side effects occur, such as constipation, indigestion, gas, and nausea.

Talk to your doctor if you have any medical conditions prior to introducing supplements such as milk thistle into your daily routine. (6)

Milk thistle is an incredibly common plant throughout Europe, North America, and Australia, and at one point was considered to be an invasive species. However, this plant has a variety of different health benefits throughout the entire body, and can be taken regularly for maximum benefits.