6 Benefits of Probiotics for Growing Kids

Probiotics are live bacteria that do wonders for your health, especially your digestive system. Bad bacteria on the other hand, are what cause diseases. The world is full of both good and bad bacteria, but probiotics are helpful because they keep the gut healthy. Probiotics can be found in foods and supplements, but are also naturally found in your body. Doctors often recommend them to alleviate digestive problems. Given their newfound popularity, they are now found in everything from yogurt to chocolate. 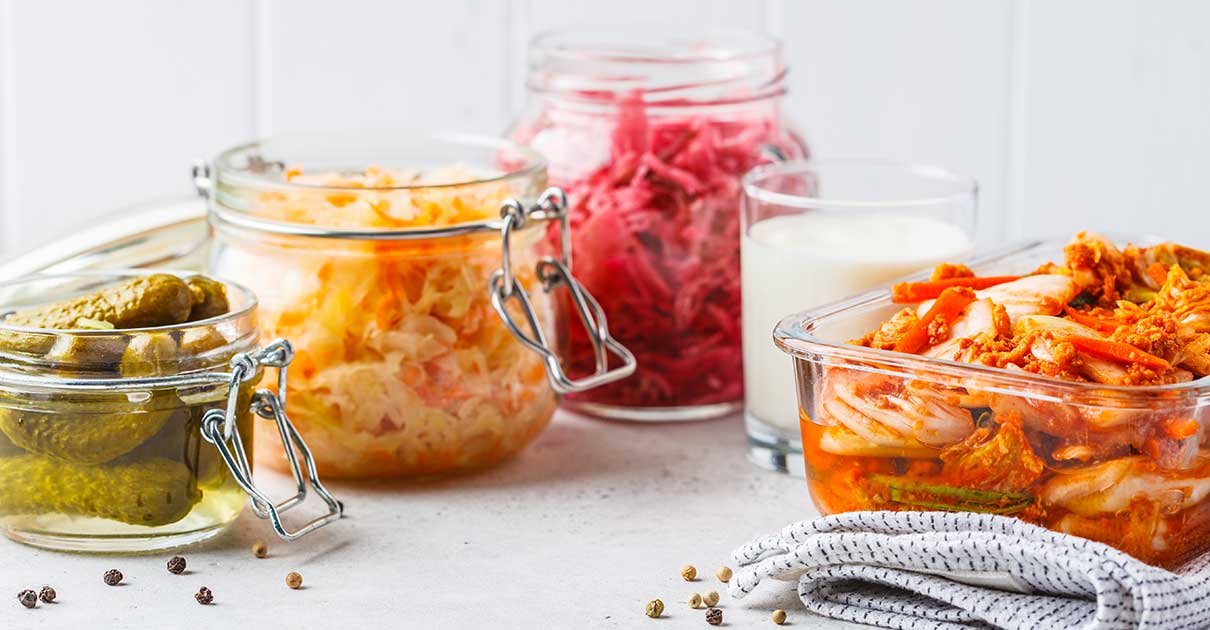 How Do Probiotics Work?

Anyone who has taken antibiotics has also lost some of their “good” bacteria. Probiotics can help replace them, helping to get the “good” bacteria back up.

You want a health balance of “good” and “bad” bacteria in your body.

If you’ve never given your gut much thought, here’s something to consider—the bacteria in found in your bowels outnumber your body cells ten to one. That’s a lot! Your gut flora also plays a major part in your immune system, making it another one of your body’s natural defenses.

Your intestinal tract is home to over 100 trillion bacteria—a good three pounds worth actually—so to say that it’s a complex living system is an understatement. Those bacteria work day and night to protect your body from invaders.

They’ve been there since birth, since natural-born babies pass through the birth canal and pick up on the mother’s microbes. Babies delivered by C-section miss out on this, which is why they initially end up with a different spectrum of flora.

Breast milk provides nutrients to living bacteria, enhancing their ability to survive in your child’s gut. Once your child stops drinking breast milk and starts eating solid foods, his or her gut flora will change once again and more or less remain constant for the rest of his or her life.

Benefits of Probiotics for Kids

There has been much study as to the extent of benefits that probiotics have on humans, but more studies have been performed to find out what health benefits probiotics could have in children.

The following are some of the reported benefits of probiotics in children, all of which are backed by scientific studies.

You can get sick any time of year, but there is a particular season for colds, especially respiratory infections. There is an endless number of products devoted to fighting cold symptoms, but of course the best course of action to take is prevention.

According to one study (1), long-term use of probiotics showed great promise in reducing the number of occurrences of sickness during cold seasons, and those who did get sick did not get it as bad as they had in previous instances.

Many kids get constipated at one time or another. While there are many over-the-counter medications designed to combat this problem, one pilot study showed promise when it came to using a probiotic blend to treat constipation (2).

It was noted that further studies are needed, but the pilot study mentioned above did have good results. Frequency of bowel movements increased, stool consistency softened in order to ease bowel movements, and incontinence episodes decreased significantly.

Another study performed on adults revealed a reduction of common cold symptoms and the duration of the cold itself. (3) The study results found that the occurrences of the common cold in study participants did not change.

So, while it seems that probiotics do not seem to have preventive properties when it comes to the common cold, symptom severity and overall duration were affected by the introduction of probiotics into the study participants.

There has been a scientific thought that the brain, gut, and skin are all linked together when it comes to acne. Acne is a troubling mess for many teenagers, and there are many expensive or inexpensive chemical products to combat or prevent acne.

Donald M. Pillsbury and John H. Stokes hypothesized decades ago that the introduction of probiotics could help restore balance between the gut, brain, and skin. (4) The pair believed that emotional distress could cause gut problems as well as skin problems. Later studies have confirmed many facets of their hypothesis.

In short, regular use of probiotics can influence all three areas, but the healing starts at the intestinal level.

No parent likes it when there is a sick child to deal with. It’s mostly the helplessness that comes with being unable to do much to heal the child. With more and more children spending a lot of their time in child care, parents would do well to take extra precautions against virus and infectious diseases.

Children in day care are more susceptible to sickness than children who do not attend childcare. (5)

A study done on infants (6) showed that those infants who were fed formula with either B Lactis or L reuteri had much lower incidences of fever, diarrhea, absences, intake of antibiotic medications, and more.

When it comes to E. coli the words “vicious,” “dangerous,” and “deadly” come to mind. It can cause a number of severe intestinal problems, and if left untreated, could cause even further complications. In children, the seriousness of E. coli is much higher.

A study was performed on 24 children (6), where they were given one probiotic, S. Boulardii, in an oral manner. The number of E. Coli colonies was greatly reduced in the test participants.

More extensive studies are needed, but at the moment it appears that S. Boulardii is effective against E. Coli colony growth.

Ask any parent who has had a colicky baby, and they will tell you that a baby with colic is almost the worst possible thing there is. The baby cries all the time, and there is little in the way of relief aside from comforting attempts and over-the-counter anti-flatulence medication.

A study done in 2007 showed some significant relief in colicky babies (7), especially in the duration of daily crying time. More studies are needed, and the probiotic administered was lactobacillus reuteri. This news could mean great happiness for not only colicky babies, but for the parents who must deal with it as well.

Eczema is a skin condition, characterized mostly as a rash. Plenty of babies are affected by it, and the likelihood of getting eczema as well as allergies is determined largely by genetics. A study performed on 100 babies (8) showed some positive results, although somewhat low.

Out of the 100 babies studied over a two year period, 8 did not get eczema when treated with probiotics. Prebiotics also had success, but in even fewer quantities. More studies are needed, but so far prebiotics shows some promise in eczema development prevention.

Most of the health benefits have to do with the digestive system, but there are many others that were recorded over the course of several studies. More studies are needed in many cases, but it appears that probiotics have several health benefits in children, some as young as the infant stages.

Certain strains of probiotics or a combination of several strains have been proven effective in the prevention and treatment of several illnesses, some of them serious. Keep in mind that these results have come from healthy children and adults, not ones who already have certain illnesses or allergies.

As far as probiotic sources, the two most common foods containing probiotics either naturally or added, are yogurt and kefir. Kefir bears a few similarities to yogurt, and the health benefits from regular intake of kefir have shown to be quite beneficial. Arguably the best part is the severely low or nonexistent risk of side effects.