The many health benefits of red wine have been a subject of discussion for some time now. Many think a glass of vino each day contributes to a healthy diet, while others are of the opinion that wine consumption is overrated. Research has repeatedly demonstrated that moderate consumption of red wine appears to lessen the risk of several diseases, such as heart disease. Take note that the operative word here is, moderation. Though the claims about red wine might sound encouraging, if you imbibe a glass of red wine with a meal, doctors are careful not to encourage anyone to start drinking alcohol, since too much of it can have numerous damaging effects on the body. At any rate, many doctors concur that a substance in red wine seems to help your heart. 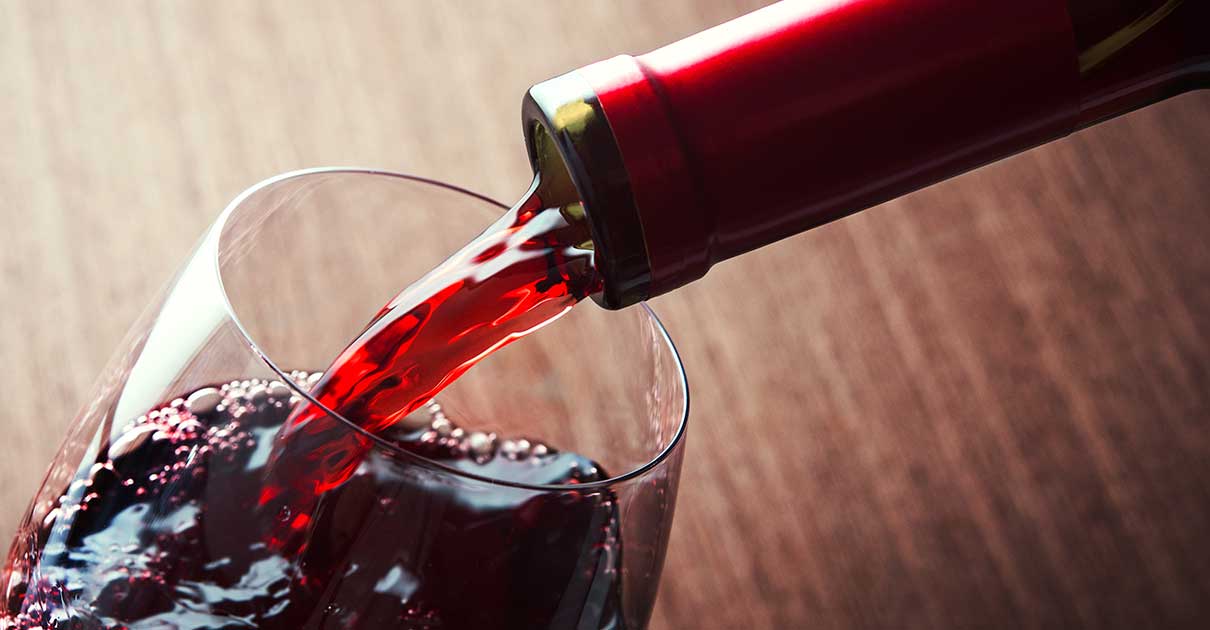 Red wine and a substance it contains known as resveratrol could actually be heart healthy. When imbibed in moderation, red wine has for some time now, been thought of as good for the heart.

The alcohol and certain substances in red wine which are antioxidants could help against the risk factors of heart disease by raising amounts of high-density lipoprotein cholesterol, the “good” cholesterol and shielding against artery injury. Red wine appears to have more heart-healthy benefits when compared to other kinds of alcohol, but there is no direct evidence that red wine is superior to other types of alcohol when it comes to possible heart-healthy benefits.

Many studies on resveratrol have been performed however, on animals, not humans. Studies of mice fed with resveratrol indicates that the antioxidant could aid in protecting them from getting overweight and developing diabetes, two strong risk factors associated with heart disease. However, to achieve the same levels of resveratrol used in the mice research, a human has to consume in excess of 260 gallons of red wine every day. Studies on swine also indicated that resveratrol may increase heart function and escalate the body’s ability to use insulin. Still these effects have not been verified in humans.

To produce certain varieties of red wines, Tempranillo red grapes are used. Rioja for instance may truly have a noteworthy effect on cholesterol amounts, based on research from Spain. Healthy research partakers who consumed a similar grape supplement present in red wine saw their “bad” cholesterol levels go down by 9%. Those with elevated cholesterol saw a decrease of 12%. (1)

Why is this significant? Excess LDL usually gets lodged in the arteries, eventually forming plaque, which makes arteries harden. This then triggers blood pressure to go up, eventually leading to heart attacks.

Besides bringing down bad cholesterol, the antioxidants in red wine called polyphenols can assist blood vessels in staying supple, lessening the risk of unwelcome clotting. In fact polyphenols can be just as effective as blood thinners such as aspirin. Chronic heavy drinking however, damages the heart, so, like most things, imbibe with moderation. (2)

Red grapes’ skin is an abundant source of red wine’s natural element, resveratrol, which could actually aid diabetics at regulating their blood sugar. Research has shown that participants who ingested a 250mg resveratrol supplement once daily for 90 days had lower blood glucose amounts than those who did not take the supplement. (3)

Those who took resveratrol had substantial reductions in total cholesterol as well as systolic blood pressure. Researchers believe that resveratrol may aid in stimulating insulin secretion or trigger a protein that assists in controlling insulin and glucose sensitivity. (4)

Resveratrol could likewise be the essential substance for keeping our memories on the ball. It has been observed to impede the development of a certain beta-amyloid protein, a main component in plaque seen in the brains of those afflicted with Alzheimer’s. (5)

Doctors advise brain exercise by performing crossword puzzles as well as brain teasers for up to 60 minutes, then chilling out with a glass of wine.

6. Moderation Consumption of Red Wine May Thwart the Common Cold

If you dislike being under the weather, the antioxidants found in red wine may help keep your health in top condition. Research done in 2010 observed that among the 4,000 participants from five different universities, individuals who consumed more than 14 glasses of wine a week for 12 months were 40% less prone to catch the common cold. (6)

Antioxidants were assumed to combat infection and defend cells from the negative effects of free radicals, which could play a role in the development of cancer and other diseases. Antioxidant boosting could likewise lower sex hormone amounts to shield against breast cancer, says a study done in California.

According to a recent study done in the U.S., the resveratrol you acquire from consuming one glass of red wine just 3-4 times a week could be sufficient to starve any emerging cancer cells. The researchers gave human cancer cells resveratrol and observed that the compound repressed the main action of a protein that may feed the growth and development of cancer cells. (7)

8. Moderate Consumption of Red Wine May Help You Lose Weight

Resveratrol seems to be the wonder compound in wine, but recent studies suggests piceatannol, the chemical substance our bodies metabolize from resveratrol, merits some recognition.

This compound was observed to essentially avert the development of fat cells in a succession of laboratory tests. Researchers found that piceatannol sticks to the insulin receptors of fat cells, fundamentally obstructing the lanes required for immature fat cells to grow and mature. (8)

9. Moderate Consumption of Red Wine Can Elevate an Ordinary Meal

Who said that you can only get your vino by drinking it? You can imbibe the drink with your meal, or as a sauce or even as an additional cooking ingredient, and still obtain its benefits.

Cooking the alcohol out of the wine through cooking is a great way to elevate the flavors of a dish. In addition, you can also enjoy a glass or a wine pairing, to add dimension to your meal.

Researchers have suggested that some varieties of red wine actually contain melatonin, the hormone responsible for sleep. Melatonin is also an antioxidant, which means that it is good for the skin. If you are anxious or stressed out for an upcoming event, drink red wine at night instead of milk could actually help. (9) It is important to take note, however, that this is only applicable on certain occasions. Chronic sleeplessness is dangerous and must be checked by a physician.

Red wine contains resveratrol and antioxidants and by drinking the proper serving of 150 ml daily, could increase longevity. In one study, people who drank red wine had a lower mortality rate compared to those who opted for vodka or beer. (10) Including red wine in one’s diet just one of the many ways you can promote longevity, as long as you moderate your intake to the recommended dosage.

Although drinking red wine while pregnant in a considerable amount (1 unit in a 2-week period) is considered okay, pregnant and lactating women should try and avoid it. Drinking alcohol during pregnancy increases the risk of fetal alcohol syndrome and miscarriage. It may also interfere with fetal development and cause behavioral problems post-birth. The alcohol content of red wine could also be passed on to breast milk.

People with gout should also avoid drinking as this will make it worse. The salicylates found in red wine may also trigger asthma attacks. Liver problems may worsen when consuming too much alcohol and is one cause of the disease.

The combination of alcohol and medications with surgery, including anesthesia, is dangerous. If you are scheduled for surgery, avoid drinking red wine at least two weeks before the scheduled appointment. Alcohol slows down the central nervous system and could interfere with how certain drugs work.

Red wine’s likely healthy benefits are plenty and look encouraging. People who drink reasonable amounts of alcohol, including red wine, appear to have a lower risk of heart disease.

Still, more studies are needed before we can conclude whether red wine is good for your heart compared to other varieties of alcohol, like spirits or lager. There is also the caveat that alcohol is potentially very addictive and can cause or exacerbate other health issues. Imbibing excessively raises your risk of hypertension, elevate triglycerides, cause liver disease, obesity, some kinds of cancer, and accidents in addition to other problems.

The potent plant substances in red wine have been associated with various health benefits, including decreased inflammation, less risk of cancer and heart disease, and a prolonged lifespan. Consuming 1–2 glasses of red wine every day may also lower stroke risk. Moderate red wine consumption may reduce the risk for depression and dementia.