Spirulina is a nutrient-rich substance included in short list of superfoods being touted for its many health benefits. Spirulina is actually a cytobacteria that is often found in pond scum and is rich in chlorophyll. It gets most of its energy from sunlight. Spirulina is a naturally-occurring “algae” that boasts high levels of protein and plenty of antioxidants, B Vitamins (a wide variety of them), and many other nutrients. Vegetarians may find spirulina beneficial as it is full of amino acids, and it does not require one to consume animal products to obtain the benefits of its rich protein sources. 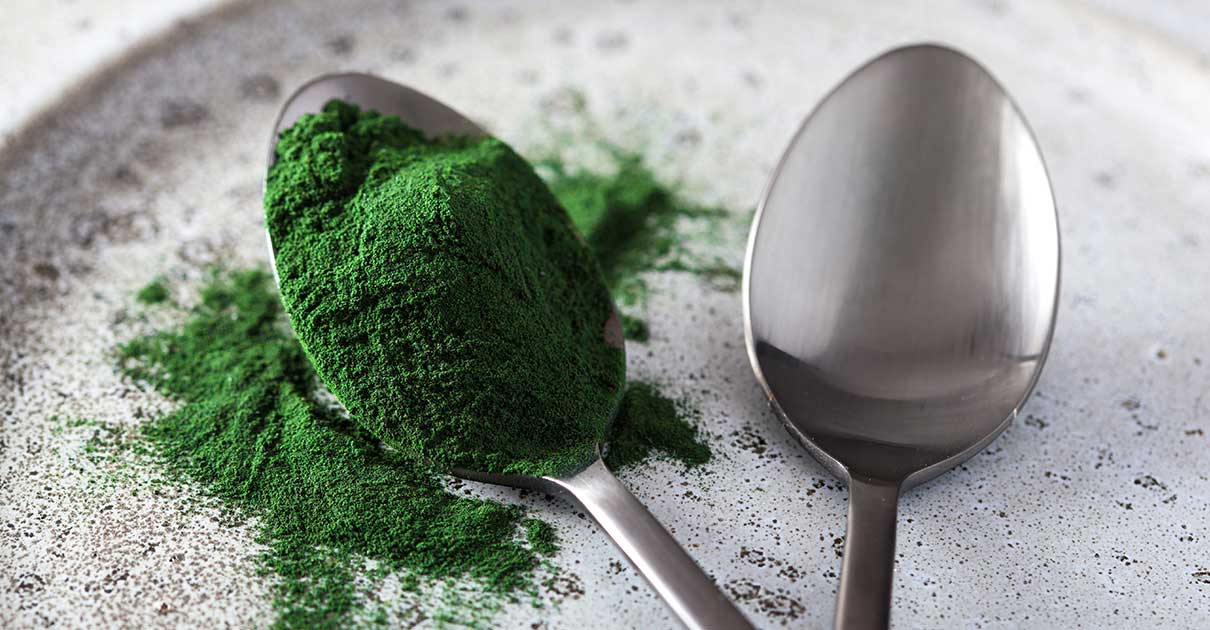 High concentrations of iron and protein make spirulina one of the most nutrient-rich foods on the planet. It takes the meaning “superfood” to a whole new level. While this food has been popular in countries like Japan for many years, its only now beginning to become popular in the rest of the world.

Countries like India, Taiwan, and Chile are some of the most affected countries in the world. Spirulina has been shown to help reduce the rate of arsenic poisoning in tested subjects. In one study where patients were given two doses of 250 mg of spirulina and two doses of 2mg of zinc each day saw arsenic levels drop up to 47%. (1)

There is an ingredient in spirulina called phytocyanin which is a pigment found in spirulina. Scientists have discovered that phytococyanin has anti-hypertensive effects that help lower blood pressure. (2)

According to Japanese researchers, consuming this algaue can reverse endothelial dysfunction in those with metabolic syndrome.

If you suffer from seasonal allergies including ragweed, dust, mold, and/or pet dander, spirulina may be able to do more for you than traditional over-the-counter medications.

Studies have shown that people who regularly consume spirulina report reduced itching, sneezing and congestion when they compared results with over-the-counter medicines alone. This is because spirulina reduces inflammation that causes sinus problems in the first place. (3)

4. Spirulina Has More Protein Than Red Meat For Vegetarians

Spirulina is one of, if not the richest protein in the world. For reference, spirulina is anywhere between 65-71% protein, while beef is around 22% protein. Lentils are around 26% protein. Spirulina also provides an excellent source of vital amino acids and minerals easily absorbed by the body. (4)

Spirulina helps ease the passage of waste through the digestive system. This blue-green algae also assists in the absorption and assimilation of nutrients, so that we get the most out of the food we consume.

It may even promote healthy gut flora, ensuring that immunity and cognitive function are also preserved through a well-functioning digestive tract.

Spirulina is rich in Vitamin A, which helps protect and preserve eye health. Spirulina actually has 10 times more Vitamin A than carrots which were always recommended for eye health before spirulina became a common “superfood” to include in one’s diet. (5)

Spirulina is one of the most potent anti-inflammatory agents available on the market today. What’s great about it is it’s completely natural and has little to no side effects. Its anti-inflammatory effects can be utilized in a variety of ways, from pre-menstrual symptoms to arthritis pain relief.

In participants suffering from arthritis, reports showed up to 90% in alleviating discomfort within 8 days of spirulina treatment. (6)

Spirulina has an antimicrobial effects that can help inhibit the growth of pathogenic yeast and the bacteria. Chlorophyll cleanses the blood, while the spirulina helps oxygenate the blood. It also helps encourage the growth of health bacteria within the gut. (7)

Spirulina was used to help lower bad cholesterol in a study conducted at the Chungnam National University of South Korea. While the test was not done on humans, it was proven to lower LDL levels when combined with exercise and a healthy diet. (8)

Spirulina is rich in beta-carotene as well as chlorophyll and fatty acids GLA which are particularly beneficial to people who are overweight or obese. (9) Spirulina is also beneficial to consume while fasting, as it provides vital nutrients needed to help cleanse and detoxify the body’s system.

11. Spirulina Can Help Combat Against Cancer

Spirulina has been shown to help combat cancers, and can also help reduce your risk of developing cancer. This is due to the anti-cancer properties of phytocyanin which can be found in spirulina. Unlike proteins from animal sources that create waste within the body, spirulina is more pure, leaving the body little to no waste to dispose of.

According to researchers at the University of Maryland, spirulina may increase the production of antibodies as well as proteins that fight infection. It also fortifies other cells that strengthen immunity to ward off chronic illnesses such as cancer. (10)

Scientists from the Czech Republic also point out that spirulina has the ability to control blood cholesterol levels due to the potent antixodiant properties of its tetrapyrrolic compounds. (11)

Candidadiasis is a growing concern in the United States as it is the leading cause of mycosis-related death. Candida overgrowth has since become one of the telltale signs for most autoimmune diseases today. (12) Because of dietary practices shifting towards unnatural ingredients and foods high in refined sugar, antifungal drugs are rendered useless, and more people are displaying signs of antimicrobial resistance. In those cases where treatments are no longer as effective as they once were, spirulina may be an alternative method of treatment, as studies show that it is an effective antimicrobial agent. (13)

Those diagnosed with congenital heart defects are at greater risk of cerebral ischemia or brain ischemia. This condition refers to a lack of oxygen in the brain, causing deprivation and may lead to a stroke. A mere 10 seconds of lack of blood flow to the brain can cause unconsciousness and serious health consequences.

In a study conducted in India, results showed that a dose of 180mg per kilogram of bodyweight had a positive effect on brains that were exposed to free radicals. (14)

Spirulina is an excellent superfood that provides many healthy benefits for the consumer. From fixing chemical imbalances to providing a great source of protein for vegetarians, spirulina has something to offer everyone.

This blue-green algae can pack a great punch, and anyone looking for a healthy detoxifying tool can look to spirulina to help the body dispose of waste, along with speeding up the metabolism.

Spirulina may be the best-kept secret of a few thus far, but it’s only a matter of time before this amazing superfood makes its rounds in the health and fitness circles.