Dietary fats have been feared due to decades of misinformation, and many people have opted for a low fat diet model in the quest for optimal health and weight management. Sadly, this strategy really misses the mark, and actually has had detrimental effects on public health. Fortunately though, the myth that fat is bad is being slowly but surely debunked, and more and more health conscious individuals are starting to understand the difference between good fats, bad fats, and the overall importance of fat in the diet.

Coconut oil tops the list of healthy fats, even though it contains 90% saturated fat. Many studies have shown that saturated fats are absolutely not to blame for what was once thought: high cholesterol, triglycerides and heart disease (1). Coconut oil contains medium chain triglycerides (MCTs), which are metabolized differently than the saturated fats found in foods like red meat. MCTs go directly to the liver where they are used as a quick source of energy. They are turned in to ketone bodies, which actually have been studied support cognitive conditions such as Alzheimer’s and epilepsy.

Many cultures around the world have used coconut oil as their primary cooking oil for centuries, and have thrived. For example, the Tokelauan population of the South Pacific have been studied extensively, as they consume more than 60% of their daily calories from coconuts, and are in excellent health (2). While this population eats the highest percentage of their calories from saturated fats compared to other groups studied, they are certainly not the only example of a culture who thrives on a diet high in coconut oil. 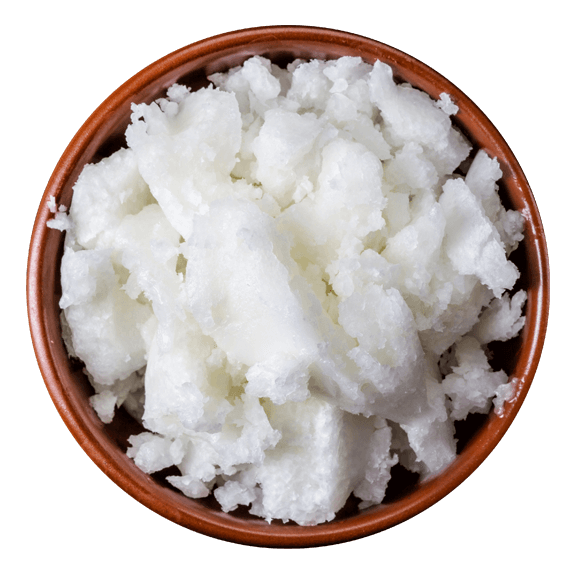 The MCTs in coconut oil work to increase energy expenditure much more-so than the same amount of calories consumed from other sources of fat (which also have important health benefits, but do not specifically support fat loss). In fact, one study found that 15-30 grams of medium chain triglycerides per day can burn an extra 120 calories (3). So contrary to popular belief, this saturated fat can actually take your weight loss efforts to the next level.

Lauric acid makes up almost 50% of coconut oils fatty acid content, and is a potent, natural killer of harmful pathogens such as viruses, fungi and bacteria (4). It can help fight candida infections (yeast overgrowth), and can be used as a topical to support wound healing and fight infections. Use coconut oil as a topical for fungal infections, or consume it with food to fight internal bacterias and fungal overgrowths.

As with most good fats, coconut oil works to fill you up and reduce your hunger, therefore controlling cravings and managing weight. Ketone bodies have an appetite-suppressing effect (5), so adding coconut oil to your meals or smoothies just might be the key to successfully consuming fewer daily calories.

The type of saturated fats found in coconut oil actually work to raise HDL (good) cholesterol, and rat studies suggest that they might also work to reduce triglyceride and LDL (bad) cholesterol levels (6). This great benefit of coconut oil might seriously help to prevent heart disease in the long term.

Coconut oil can also be an excellent moisturizer for both hair and skin (although those with acne should avoid it as a topical). Studies have shown that coconut oil increases skin moisture (7), and it even blocks about 20% of the sun’s ultraviolet rays, so can help protect from sun damage (8). If you’re wanting to avoid potentially harmful chemicals often found in commercial sunscreens, opt for coconut oil. 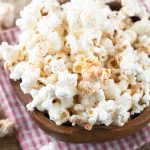 1. Use as your go-to cooking oil

First and foremost, coconut oil is an excellent choice for cooking, whether sauteeing, roasting, or any method that requires higher heat. Coconut oil is a stable fat that will not oxidize (meaning it will not go rancid, which can create harmful free radicals in the body) when heated. In other words, coconut oil has a high smoke point when compared to less stable vegetable oils like olive or flax, which should be used as salads, dips, or only heated on low temperatures (flax should actually not be heated at all).

2. Use coconut oil in your smoothies

Adding coconut oil to your favorite smoothie is a great way to get this nutritious fat into your diet, especially if you don’t have many opportunities to cook with it. Coconut oil can be a very helpful post-workout tool, so try it in a smoothie particularly after a tough workout. If you are using a smoothie as a meal replacement, coconut oil gives you the nutrient and calorie boost you need to ward off hunger until your next meal.

3. Use coconut oil melted in tea or coffee for appetite control

For blood sugar support and weight management, taking one tablespoon of coconut oil in a glass of hot tea, 20-30 minutes before a meal can significantly help with consuming fewer calories and avoiding common blood sugar spikes and dips.

4. Use coconut oil as a chemical-free moisturiser

Coconut oil makes a great moisturiser, and is far safer than chemical-laden commercial lotions that can sometimes cause allergies and other problems. However, be wary of using coconut oil as a moisturizer if you have acne, as it can actually work to aggravate this common condition (9).

Coconut is a quick and easily used energy source by the body, so can act as a great pick-me-up mid-day. Try making your own raw coconut balls such as these, or get creative with any other recipe you want to experiment with.

Coconut oil is generally safe for most people if used in amounts commonly found in foods. The only causes for concern might be the following:

Q: What is coconut oil used for?

A: Coconut oil is used as a cooking oil, a topical moisturizer, and an anti-bacterial agent. Some of its many benefits include lowering LDL cholesterol and raising HDL levels, increasing satiety (feeling of fullness) and supporting weight loss.

Q: Is coconut oil safe to cook with?

A: Yes, in fact coconut oil is one of the best cooking oils due to its high smoke point, meaning it will not oxidize when heated at higher temperatures. Opt for coconut oil over less stable oils such as olive oil if cooking over medium-low heat.

Q: Does coconut oil need to be kept in the refrigerator?

A: No, coconut oil does not need to be refrigerated. Similarly to butter (and any other saturated fat), it will harden at colder temperatures and melt at higher temperatures, which is completely normal.

A: Above 75 degrees coconut oil will remain a liquid fat, and below that it will turn solid. If solid and using to cook, simply place it in a pan over heat and it will immediately begin to melt.

Q: What is the best type of coconut oil to buy?

A: If possible, opt for virgin coconut oil (really, virgin and extra virgin are just about the same thing). Nutiva and Tropical Traditions are excellent brands.

A: Coconut oil can actually help you lose weight, as medium chain triglycerides (MCTs) have been shown to help the body burn more calories. If weight loss is your goal, use coconut oil in moderation, not exceeding around 2 tablespoons per day.

A: There is no such thing as extra virgin coconut oil, and the word extra you would find on a coconut oil label is just a marketing technique. This term has been borrowed from extra virgin olive oil, but does not have any meaning when it comes to coconut oil.