10 Evidence-Based Benefits of Coconut Oil for Your Hair

If you keep up at all with health or beauty trends, you have likely heard about coconut oil being touted as some sort of new miracle product, although many cultures have been using it for centuries if not longer. Coconut oil is extremely versatile and has many uses beyond eating and cooking. There are claims that coconut oil is great for many health and nutrition related issues. Most of these have been backed by scientific research. 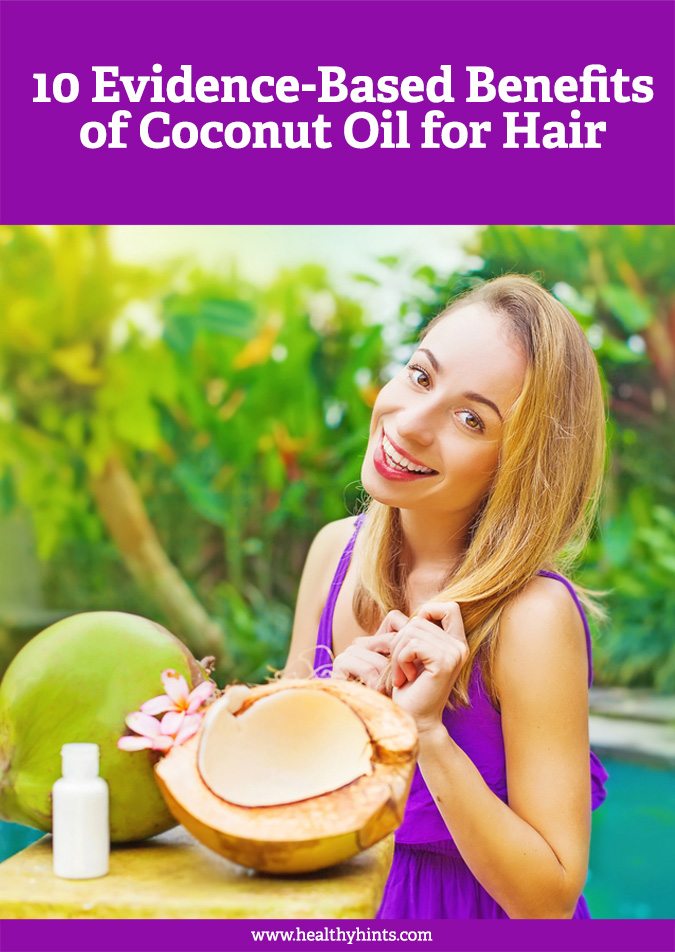 In this article, we will be looking at one specific area of the body where coconut oil can have numerous benefits. That area is the hair. The look, feel, and overall health of your hair can be improved by using coconut oil. 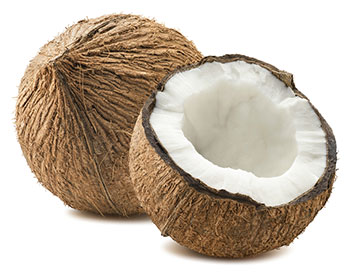 Coconut oil, also known as copra oil, is one type of edible oil that is extracted from the kernel of mature coconuts. (1) You may think of it as something that can be added to desserts or pastries, but its uses go beyond the walls of your kitchen.

When you open up a coconut, what you typically see is liquid and the white part or the meat. What you don’t see, is the oil that’s in there as well. The coconut meat is pressed, grated, or manipulated by some other means. The milky coconut is separated from everything else. After that, the oil is separated, extracted, and bottled. The means of extraction can vary among producers, but those who make true virgin coconut oil do it the old-fashioned way.

The old-fashioned way involves wet-milling and light heating. Once the oil floats to the top of the water, it is separated and added the oil that is extracted from the meat. Finally, the oil is heated and packaged.

Research has shown that coconut oil bears anti-inflammatory, antibacterial, antiviral, and other disease-fighting properties. (2) Antioxidants and much more abound in coconut oil, and the results of these studies are part of what is making the coconut so popular these days. It has become quite popular as an all-natural beauty product due to its many uses for the skin, hair and nails.

10 Evidence-Based Benefits of Coconut Oil for Your Hair

Dandruff is basically just dead skin cells being shed from your scalp. (8) The drier the scalp, the more likely there will be flaking. It can affect anyone, and it can be as uncomfortable as it is embarrassing.

Dryness of the scalp could easily translate into itchiness and irritation, with conditions fluctuating and worsening around wintertime. (9)

The good news is dandruff can easily be controlled. The use of coconut oil can moisturize the hair and scalp, alleviating the dryness that leads to flaking.

The root cause of dandruff however, is not dryness. The real culprit is a microbe called Malassezia globosa. Coconut oil possesses medium-chain fatty acid elements including lauric acid, capric acid and others that disrupt fungal, viral and bacterial cell membranes, leading to cell death. These antifungal and antimicrobial properties are what set it apart from other oils. (11)

Many shampoos already contain coconut oil, or you can use a mixture of this and tea tree oil to alleviate dandruff. (12) Keep in mind that store-bought shampoos have other ingredients, including potentially harmful chemicals. 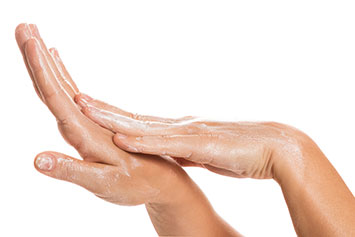 If you’re looking to protect yourself from the sun’s harmful UV rays, avoid reaching for the first toxic sunscreen you can find. Instead, bring some extra virgin coconut oil and make it a staple in your wet bag along with your sunglasses and beach towel.

That same extra virgin coconut oil you can find in anybody’s kitchen pantry has skin-protecting benefits without the compromising ingredients.

Most forget that the hair can sustain damage from the sun as well. Enter coconut oil, with an SPF factor of just over 7, which is very high among natural oils. (14) Coconut oil has been used as sunscreen for centuries by pacific islanders, so why exposure yourself to harsh chemicals when you can have something all-natural and non-toxic instead?

According to the Environmental Working Group (EWG), the majority of commercial sunscreens contain chemicals that disrupt hormones and cause cancer. The most common ingredients that you should watch out for are zinc, titanium, oxybenzone and retinyl palmitate. (15)

Coconut oil prevents sunburn (16) and cancer in animals (17), and unlike commercial sunscreen, coconut oil still allows some UVB rays to pass through, which is essential for vitamin D. It still protects the skin from excessive exposure which can damage tissues. The consumption of coconut oil has also been said to make the skin more resilient to sunburn, as long as you get the unprocessed variety. (18)

Coconut oil can be used as a preventive treatment or as a repair method for damaged hair. Your hair needs protein to flourish, and it loses protein through drying, various hair care products, the sun, and more. Studies have shown that coconut oil is very useful in the repair or prevention of damage as well as protein retention. (4) 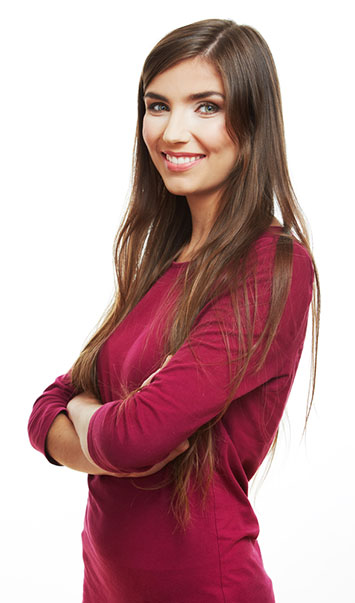 When you are styling your hair, having knots is one possible roadblock you might face. Tangled hair can be more than just an inconvenience; it can be damaging to your hair. The penetrating nature of coconut oil makes it easy to get the tangles out of your hair and prevent some tangles from occurring.

Tangled hair means damage. Breakage can occur while getting knots out, so using a widetooth comb to put coconut oil through there will help reduce the tangles and prevent damage from breakage. (5)

If you are trying to grow your hair, but are having little to no results so far, you can use the typical prescription treatments, but be warned. Tests have shown about a 40%-50% success rate with Minoxidil. Re-growth of hair is not guaranteed with minoxidil.

Since the success rate of minoxidil is average at best (6), there is no reason to not give coconut oil a try for this aspect of hair as well. It is widely known that coastal populations that have an abundance of coconuts about use coconut oil in their hair.

India is just one country where you can find so many people with shiny and healthy hair, and coconut oil is applied directly to the hair in addition to their dietary intake If they have had success for centuries, there is no reasonable argument that you cannot benefit from a regular application of coconut oil as well.

6. Coconut Oil Can Be Used for Styling

At least 90% of coconut oil is composed of saturated fat, which solidifies when cooled. When applied on the hair, it thins and can be spread evenly due to the heat that emanates from the scalp. Once the air has cooled, the oil on the hair becomes firmer, allowing it to act as styling gel or cream.

Styling gels or creams may irritate the scalp, especially when they are worn for long periods of time. Coconut oil on the other hand, is considered safe, (7) less harsh and can be worn all day without irritation.

7. Coconut Oil Seals in Moisture and Keeps It Looking Healthy

Coconut oil, depending on the method of processing, may have a high moisture retaining capacity. It’s very stable, so it does not evaporate or break down easily.

It also does not let moisture escape easily (8), thus keeping the hair moisturized for longer periods of time. Moisturized hair is less prone to breakage, and will appear softer and healthier.

Look no further than coconut oil for hair conditioner because nothing else compares.

Sure there are synthetic alternatives on the market that may be just as good or even better, but the results are short-lived.

In the long-term, synthetic conditioners which contain harmful chemicals in strong doses, may result in unhealthy hair follicles and protein loss. (9) Unlike coconut oil which you can use as often as you want without the negative side effects. 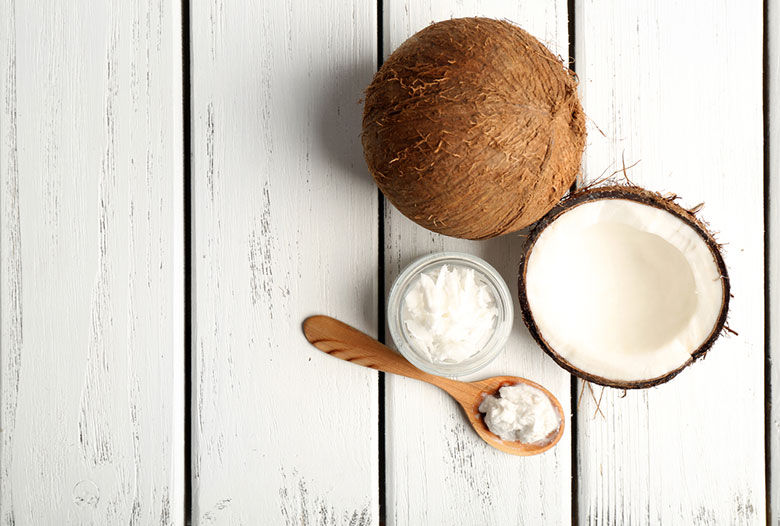 Do you use hair straighteners or curlers regularly? If so, do you use heat protectants?

If you’ve answered no, then you should start doing so. When subjecting your hair to high temperatures, you want a barrier between the heat and your precious hair follicles. Otherwise, you could end up with dry, brittle hair.

Standard heat protectants contain either cyclomethicone, dimethicone or a combination of the two. However, there are far better alternatives such as coconut oil, jojoba oil, shea butter and castor oil. Just make sure to apply very thinly so as not to wear the hair down. (10)

Imagine your child coming home one day with a head full of lice.

What would you do?

Many parents would head to the nearest pharmacy in the hopes of picking up a lice-control product such as Rid or Nix. These over-the-counter products rake in more than $100 million a year despite studies that suggest that most of the head lice in the U.S. have become genetically resistant to the pesticides found in these products.

Some people buy medicated shampoos filled with chemicals that may or may not cause negative side effects. Other methods include shaving, combing and hot air. (3)

Medicated products like creams and shampoos that contain dimethicone are up to 97% effective at eradicating head lice with just a small chance of side effects, which is why it is the preferred method. Ivermectin, Permethrin and Malathion on the other hand, have also been proven effective at eradicating lice with some side effects such as skin irritation and toxicity. (4)

Ideally, according to the National Pediculosis Association (NPA), you would want something that is “completely safe, free of harmful chemicals, readily available without a prescription, easy to use and inexpensive.”

Before you go dousing your children in bath water though, it’s important to note that lice do not only affect people dirty hair. Lice like clean hair, too, so they can infest literally anyone at any time. What’s worse is, they can transfer quite easily, meaning your child could be at risk anytime he or she is in direct contact with the hair of someone who is infected. (5)

With hundreds of millions affected by head lice infestation annually (6), it’s imperative that we have alternative forms of treatment that are proven safe and effective.

Coconut oil is one such example that is purely natural and non-toxic. The European Journal of Pediatrics published a study performed on 100 people who had head lice. (7) One group was treated with coconut oil and anise mixed together and applied as a spray. The other group received the standard lice treatment you would get at a pharmacy. This standard chemical is known as permethrin.

Coconut Oil and Your Hair

There is undoubtedly some undeserved hype behind some coconut oil claims, but many of the claims have been studied and proven to be true. Coconut oil does have many health benefits in addition to cosmetic ones.

As far as hair goes, one may expect healthier, shinier hair with regular application of coconut oil to the hair, along with other benefits such as lice treatment, moisturizer, styling product, hair health preserver, reduction of tangles and knots, and possibly even growth of new hair follicles.

This is not to say that coconut oil is a cure-all for hair problems. As an all-natural product, it may be safer than the synthetic alternatives on the market at the price of slower or less potent results. Nevertheless, it is certainly a great option for hair application.