6 Benefits of Coconut Oil for Your Skin

The skin care industry is in a constant state of flux. Yesterday’s boon to skin care is today’s fad that passed, and new products are coming out all the time. More and more attention is being given to natural products for great skin, and celebrities as well as doctors have spoken highly of natural products for all sorts of health benefits. 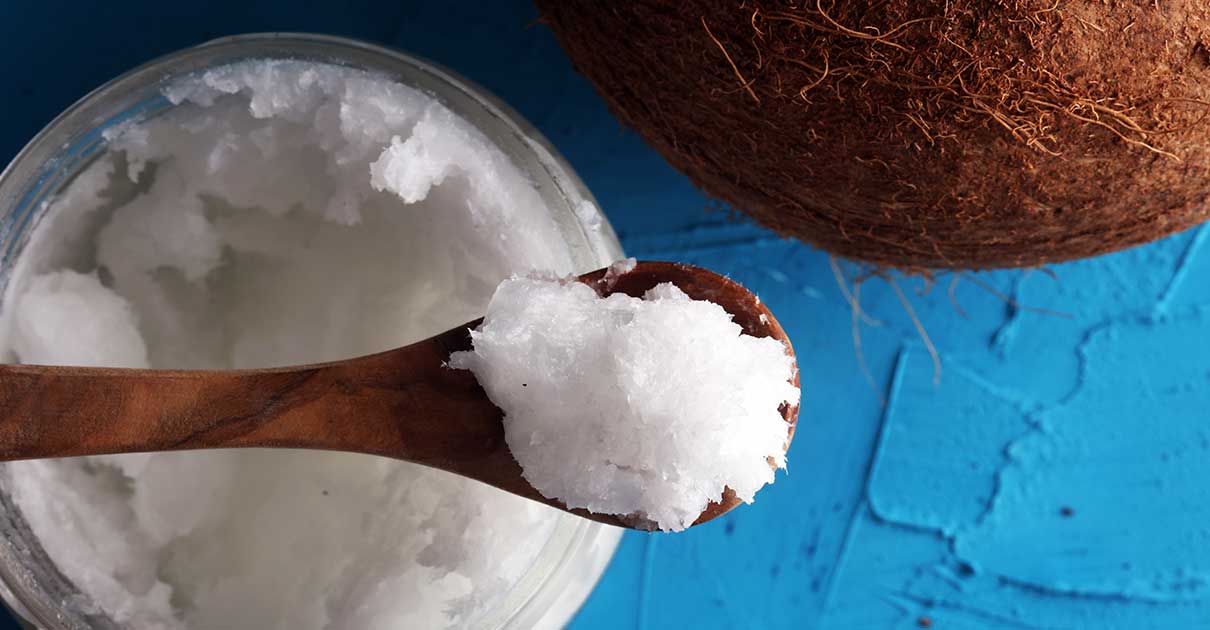 Coconut oil is one of those natural products that has become more and more popular as of late. The health benefits of using coconut oil have been well-documented, and there are many claims as to what it can do for your skin.

Coconut oil is exactly what the name says it is. It is oil that has been extracted from coconuts. The processes for extracting the oil from the rest of the coconut vary, but the main part is the same. The coconut flesh (the white part that you eat) is pressed or otherwise processed in order to get the oil from the meat.

Coconut oil has long been used in the tropics for a variety of reasons, from dietary to cosmetic and everything in between.

You can use coconut oil as a moisturizer, face wash, apply topically to certain areas, use it as a hair wash, for cooking, eating raw, and many more. These are the most common uses thus far for coconut oil. Scientists and researchers are constantly studying coconut oil to find out what other health benefits it may have.

There are two basic types of coconut oil, being virgin (also called raw, cold-pressed, unrefined, organic, etc.) and refined. As you might expect, the virgin coconut oil is generally considered best for skin uses and other uses. However, you may not be able to afford it as it is quite expensive.

Using refined coconut oil is not bad per se, but some of the essential polyphenols or lauric acid may not be present after the refining process. For this reason, it is always preferable to go with virgin coconut oil.

6 Benefits of Coconut Oil for the Skin

Xerosis is a medical term for a skin condition by which the skin is dry, scaly, and even itchy. A study was done to determine the effects on improving people’s xerosis with either mineral oil or coconut oil (extra virgin in this case). (1)

Acne may seem like a mild skin condition to some, but it can really take its toll on one’s self-confidence especially when it comes to the more aggressive breakouts. It’s a skin condition that affects millions of people worldwide. Benzoyl peroxide is the most common acne fighter used, but not even that is 100% effective at getting rid of acne. A study compared benzoyl peroxide to lauric acid, which is a medium-chain fatty acid, the most prevalent found in coconut oil. (2)

Part of skin care is healing wounds as quickly as possible with a minimal amount of scarring and infection. A study was done on a group of rats that were given skin wounds, then treated them with virgin coconut oil. (3)

The study found that the rats who were treated topically with virgin coconut oil healed faster than those who were not treated with it, and the instances of inflammation and infection were much lower than the control group.

Further testing, such as human clinical trials, is needed to continue analysis, but for now, it seems that virgin coconut oil works well for wound treatment. It can be assumed that the same effects would be felt by humans as well.

4. Coconut Oil May Prevent and Treat the Appearance of Stretch Marks

Stretch marks are genetic, but applying oils and balms may help prevent of treat the appearance of newer stretch marks. These are usually characterized by a darker, reddish color versus the faded white marks that appear older.

Coconut oil is very moisturizing and can prevent itchiness. It’s also safe even for pregnant women who may not be able to use the other anti-stretch-mark products on the market.

Dealing with a nasty sunburn? Coconut oil could be just what you need. It’s soothing and healing, which can rehydrate the skin and reduce redness. It can also used as a natural sunblock though an SPF of 4 is not ideal. For stronger sun protection, mix it with raspberry oil or zinc oxide. There are a ton of recipes that combine everything from aloe vera to apple cider vinegar, so feel free to get creative.

6. Coconut Oil May Be Used as a Natural Make-Up Remover

If you’re not too keen on putting yet another chemical on your face, coconut oil can work as an oil-based make-up remover. Oil-based make-up removers are more effective at removing make-up, particularly waterproof make-up. Save the tugging and pulling and remove your make-up using coconut oil to make the process easier on your skin’s elasticity. Over time, it’s important to reduce the wear and tear on the skin so as not to cause early signs of aging.

Coconut oil may not work for everyone, and it may not be safe for everyone. If you are using coconut oil as a skin treatment, be it for cosmetic or other purposes, make sure to test on a small area first before liberal application.

If a rash develops, or your skin dryness gets worse, stop using coconut oil immediately. Such adverse reactions are not common, but they are possible.

Now that you know just how much coconut oil can help your skin, the next step is to go out and get some to see for yourself! Let us know how it goes!