Coconut oil has received a lot of attention lately as one of the great natural boons to overall health. Health benefits have been claimed left and right, with some even being backed by scientific research studies on some level. “On some level” means that some studies were only preliminary, some were only done on animals at the time, and others were human clinical trials. The range of health benefits of coconut oil is pretty wide, and new studies are being performed to either validate or refute other claims. 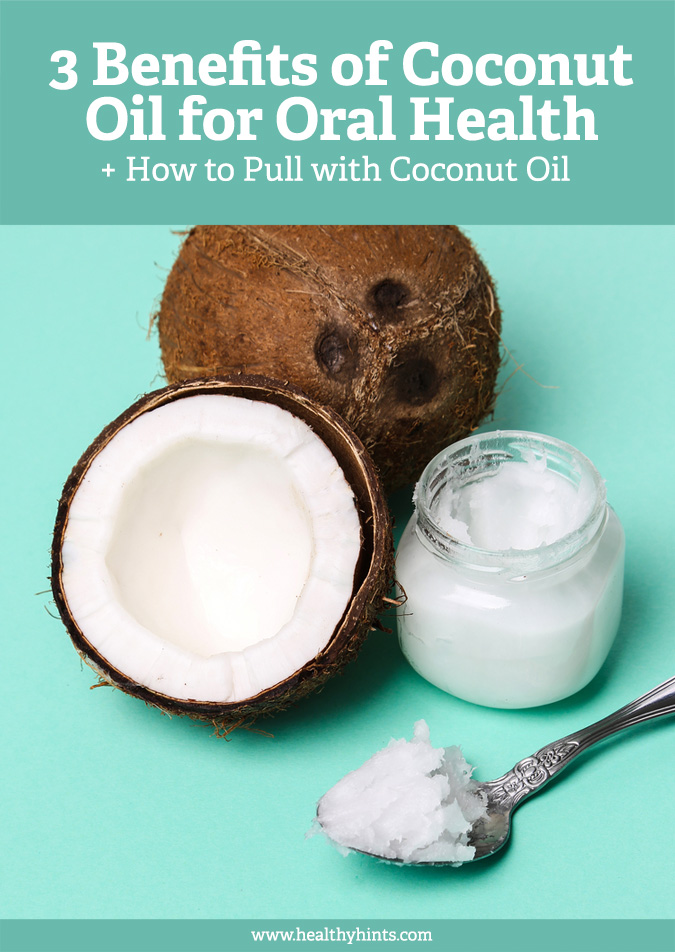 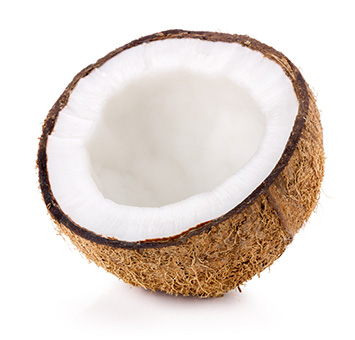 Coconut oil is oil extracted from coconuts. The processes by which oil is extracted and separated from other parts vary, but most manufacturers either press the meat of the coconut (the part you eat) or go through a wet milling process.

The oil is extracted, separated, and packaged for use or sale all over the world, thanks to the tropical countries where coconuts grow wild and in abundance. Now we will look at how coconut oil is used orally and some of the reported oral health benefits of coconut oil.

Ayurvedic practitioners (home remedies documented by Indians) have stated for years that coconut oil pulling is essential to good oral health, and prevents all sorts of oral diseases. As far as plaque-related gingivitis goes, coconut oil has been proven at least in one study to be an effective treatment.

The study (1) was done on 60 teens, and the results showed that the group who used coconut oil in their oral hygiene routine had a very noticeable drop not only in plaque, but other markers known to cause gingivitis.

Halitosis, or bad breath, is caused by microorganisms and bacteria. This is, of course, part of why mouthwash is used. Another study (2) compared the method of oil pulling (using sesame oil in this case) and chlorhexidine, a common antiseptic ingredient in mouthwash.

The results of the study concluded that oil pulling was just as effective at reducing halitosis-causing microorganisms as chlorhexidine. Although sesame oil was used in this study, the same benefit can be had from coconut oil as well.

This is good news for those who prefer natural products over manufactured ones. You get the same results as you would from mouthwash, but without the chemical ingredients.

There have been other claims that oil pulling with coconut oil can actually reverse damage from tooth decay as well as cavities, and several other oral health benefits. However, these claims have not been backed by scientific study as of this time.

Coconut Oil Pulling: Why it Works

The majority of the composition of coconut oil is lauric acid. Lauric acid has been proven effective at destroying numerous strains of bacteria, including the bad bacteria in the mouth. It is mostly for this reason that coconut oil shows promise as a method of oral hygiene that could very well be recommended.

Unless you have a specific allergy or some other health issue where interaction with coconut oil would produce adverse effects, there is nothing wrong with using coconut oil as an oral hygiene treatment.

Get a free jar of my favorite organic, virgin coconut oil to use for oil pulling (while supplies last)

Coconut Oil as a Natural Alternative

Coconut oil has been praised for centuries as an oral health treatment, and a few studies have seemed to support those claims. Coconut oil is a natural remedy, and thus may be safer than other treatments.

Even if you find out that coconut oil pulling is working for you, please do not take this to mean that you should stop brushing your teeth. Also, there is no substitute to medical advice given by your dentist. Consult a medical professional before doing oil pulling.