Coffee is the most commonly consumed beverage after water, yet you might be confused about its’ health risks and benefits. A typical cup contains roughly 100 mg of caffeine, and also provides a wide variety of nutrients and antioxidants. For you coffee drinkers out there, the bottom line is this: for many people, coffee can be a healthy part of a balanced diet, and even be considered a superfood. However, if you suffer from anxiety, insomnia, or certain other conditions, coffee can be harmful.

Aside from caffeine which is the main ingredient, an 8 oz. cup of coffee contains the following nutrients, all in quantities under 10% of RDA recommendations: Vitamins B1, 2, 3 and 5 (B2 in the highest quantity at 11%), folate, manganese, potassium, magnesium and phosphorus. Also, coffee contains high amounts of antioxidants such as hydrocinnamic acids and polyphenols, which are important in protecting our bodies against free radical damage (1). 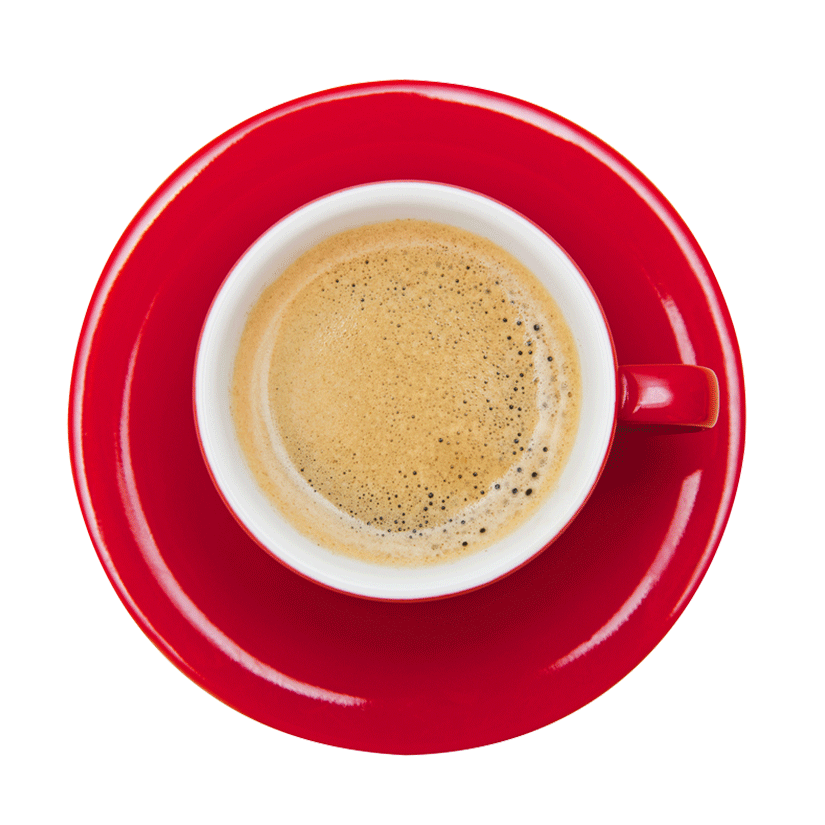 1. Coffee Can Make You Smarter

It’s no surprise that coffee increases your energy levels and offers heightened alertness (2). But, studies actually show that drinking coffee can make you smarter, too. The caffeine in coffee blocks adenosine, an inhibitory neurotransmitter in the brain. When adenosine is inhibited, the neurotransmitters dopamine and norepinephrine are increased, and this produces more neuron firing (3). So, including a moderate amount of coffee in your diet might be just what you need.

Caffeine is in most every fat burning supplement on the market, and for good reason. However, unlike synthetic weight loss supplements that almost always include added, potentially dangerous ingredients, coffee is completely natural and burns fat just as effectively. Studies show that caffeine can actually increase the metabolic rate (the rate at which we burn calories) by up to 11% (4), and another study concluded that caffeine specifically targets fat burning, by 10% in overweight people and up to almost 30% in lean people (5).

As stated before, caffeine increases certain neurotransmitters, adrenaline (aka, epinephrine) being one. Adrenaline can be thought of as our “fight or flight” hormone, and allows us to react accordingly to stressors and prepares us for extreme physical exertion (for example, running from a tiger that could be chasing you). Caffeine boost this process by releasing fat cells into the blood stream in the form of free fatty acids, which makes them available to be used as fuel.

This one might come as a surprise, but studies have shown that people who drink the most coffee actually have a significantly lower chance of getting type 2 diabetes, which is a disease related to lifestyle and diet that causes dangerously high blood sugar levels and insulin resistance. While various studies have come up with different numbers, one study actually suggest that coffee drinkers have a 67% lowered chance of developing type 2 diabetes (6).

5. Coffee Protects You Against Certain Diseases

Last but certainly not least, coffee has been shown to protect against serious, degenerative and common diseases such as Parkinson’s, Alzheimer’s, Dementia and Depression. One study showed that coffee drinkers have up to a 65% lowered chance of developing Alzheimer’s disease (7), which is the most common neurological condition (similar to dementia) in those over 65 years of age. Parkinson’s is the 2nd most common condition, and coffee can also seriously lower your risk of developing it, along with other forms of dementia and even depression (8).

The most obvious use for coffee is drinking it. Preferably, you’ll enjoy your coffee black, as added creamers and sugars can undermine its nutritional value. If you can’t stomach black coffee, add just a bit of natural sweetener such as honey, stevia or a tiny bit of sugar, and whole, organic milk or cream. Avoid sugary creamers with a long list of added ingredients.

2. Use it to Compost

Adding coffee grounds or the beverage itself to your compost pile can increase bacterium production and help soil and compost break down faster.

3. Use it in Cooking

Coffee can be an excellent addition to meat marinades and other grilled foods, chilli dishes and many other of your favorite foods. It adds a kick that you might just love.

Bulletproof coffee is a new(ish) craze these days that is heavily promoted in the primal and paleo nutrition communities. It is a method of (supposedly) getting the most nutritional value out of your coffee, and involves preparing it with MCT oil (medium chain triglyceride oil), grass fed butter or ghee, and a high quality, non-toxic coffee blend. See here for more information and the recipe.

Coffee can also be used as a cleanser and exfoliator. Use the grounds to rub on your face at night and remove dead skin and other toxins that might be present. Rinse off and sleep like a baby.

The primary side effects that are possible from coffee consumption are related to its caffeine content. A person’s degree of caffeine sensitivity depends on their genetic make-up, specifically, the activity of a certain enzyme responsible for caffeine metabolism. For some, it is; in fact, best avoided.

Caffeine Metabolism Testing could be beneficial in testing an individual’s specific sensitivity. Genomic Express Lab offers a test exclusively looking at caffeine metabolism, which costs $99. This test will allow you to see if you are at higher genetic risk of being harmed by the effects of caffeine by examining the cytochrome P450 gene.

Caffeine prompts our adrenal glands to secrete the hormone adrenaline, therefore acting as a stimulant. Our adrenal glands are two grape-sized glands located near our kidneys, and they are responsible for producing our bodies’ stress hormones, including adrenaline. Now, this is not necessarily a bad thing for all coffee drinkers, but for those that suffer from symptoms of anxiety, insomnia and/or are a slow caffeine metabolised, you can might experience negative side effects such as nervousness or even increased risk of heart attack.

If you suffer from an anxiety or panic disorder, you might need to avoid coffee and other caffeine containing foods and beverages.

While in many countries it is considered perfectly safe for children to drink coffee, there are some potential risks involved. Because of children’s differences in metabolism, caffeine will have greater effects on them, and could potentially be unsafe (especially in young children).

1-2 cups of coffee per day is considered safe for pregnant and breastfeeding women, but it is best not to exceed this limit. This is roughly 200 mg. of caffeine per day.

Diahrrea, IBS and other GI Problems

Coffee could definitely worsen any GI condition, especially if loose stools or diahrrea are involved. This is due to both the caffeine content and the acidity of coffee.

If you have high blood pressure, coffee might be unsafe. However, this is most found in individuals who are not regular coffee drinkers.

What’s in a Cup of Coffee?

Aside from caffeine which is the main ingredient, an 8 oz. cup of coffee contains the following nutrients, all in quantities under 10% of RDA recommendations: Vitamins B1, 2, 3 and 5 (B2 in the highest quantity at 11%), folate, manganese, potassium, magnesium and phosphorus. Also, coffee contains high amounts of antioxidants such as hydrocinnamic acids and polyphenols.

How Long Does Caffeine Stay in my System?

Caffeine is first absorbed in the small intestine, and then metabolized in the liver cells prior to distribution amongst bodily tissues about 45 minutes after ingestion. Its half life is typically 3-5 hours in adults; however, in some this time is greatly increased, even up to 80 hours (specifically pregnant women).

What are Mycotoxins, and are They Harmful?

Mycotoxins are toxic chemicals produced by certain molds that can grow on foods such as grains, coffee, and peanut butter. While these chemicals can undeniably be harmful in high doses, the amount found in some coffee beans and the drink itself is well under the safety limit. Additionally, studies have shown that mycotoxins are found in many foods we eat, and we must remember that when considering the dangers of ingesting any toxin, the amount is what matters. A Spanish study conducted in 2012 shows that common levels of mycotoxins found in foods are as low as 3% of the limit deemed safe by authorities (9).

How Can I Decrease my Exposure to Toxins in Coffee?

What are Food Sources of Caffeine?

While coffee contains the highest concentration of caffeine, other natural food sources include cocoa beans, kola nuts, yerba mate, black, green and white teas. In non-natural forms, caffeine is found in many sodas, energy drinks, and decaf coffee, as well.

What is the RDA (recommended daily allowance) for caffeine?

The Federal Drug Administration’s toxic dose of daily caffeine consumption is set at 10 grams, while your morning coffee has anywhere between 100-200 mg. Caffeine is an alkaloid, which is a group of naturally occurring compounds that contain primarily

How do I understand all of the ways Coffee Can Be Processed? Which Should I Buy?