8 Spices to Supercharge Your Detox Water

Spices are widely known to enhance food and to create depth of flavor in dishes. Spices are also used in cosmetics, perfumes, religious rituals, and medicine. 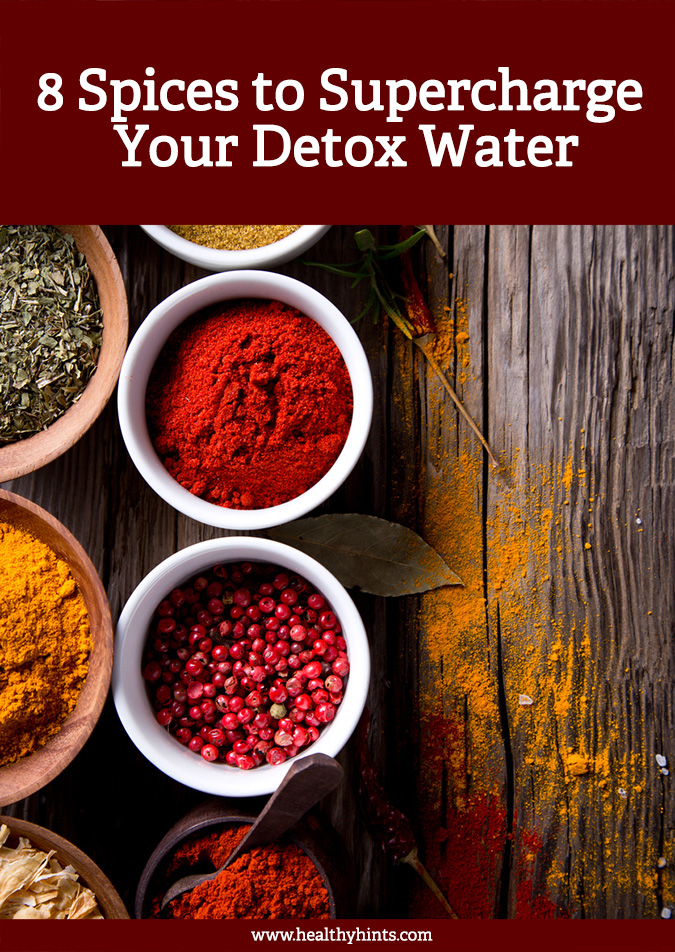 Though most people may think that spices are mere enhancements to food, it can actually do wonders to one’s body like to help fight certain diseases, flush out toxins, boost one’s immune system and many more.

The easiest way to incorporate spices to your diet (on a regular basis, that is), is by adding it to your daily water intake. It is not a popular practice to consider adding spices to one’s drink for health purposes, but it quite common in warmer clients.

So, what are the best spices to use and for what purpose?

Listed below are some popular suggestions that will help boost one’s overall health, cleanse the body and keep one energized and feeling fit throughout the day.

8 Spices to Supercharge Your Detox Water 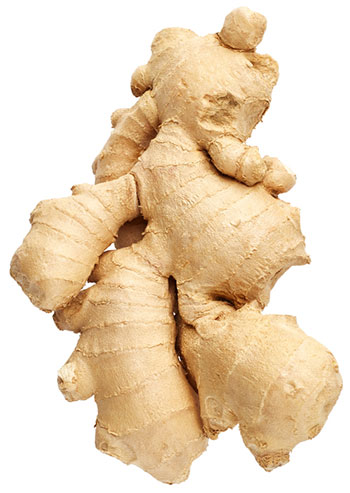 Most often used as a treatment for digestive pain, ginger detox water is made by boiling fresh ginger root in water, then cooling and straining. But although its only thought of as a great remedy for the stomach, ginger is actually the key to numerous health benefits.

Ginger water has been linked to decreasing the bodies inflammation – joint swelling, pain from osteoarthritis, and pain from rheumatism. (1) Elements in ginger, like antioxidants, have shown to decrease and even kill cancer-causing substances. This, in effect, has made scientists consider its effectivity in preventing cancer growth. (2)

Nutmeg is a popular fall spice, as it is equated to warmth and is a symbol of hearth and home. Just one ounce of ground nutmeg packs plenty of favor for baking desserts, but this is also roughly the same amount you’d need to demonstrate its health benefits. (3) Rich in manganese, nutmeg can help in the absorption of calcium, carbohydrate metabolism, and blood sugar regulation. It also helps in the formation of bones and tissues.

Nutmeg contains phytochemicals which can help protect against disease. Some are unique to the spice and include trimyristin, myristicin, and elemicin.

Other health benefits of nutmeg come from iron, for red blood cell production, and potassium, for lowering blood pressure and regulating heart rate. 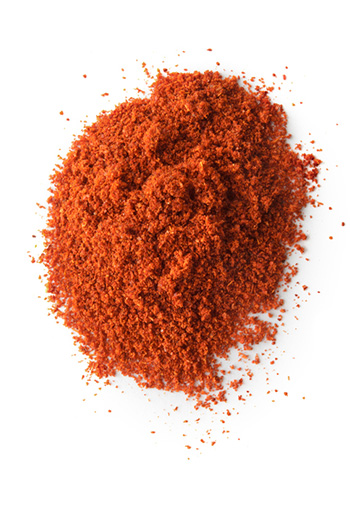 Paprika is more than just a dash of color you sprinkle on top of your deviled eggs. It is said to be one of the disease-fighting spices due to its ability to prevent certain cancers and autoimmune disorders, in addition to reducing inflammation in the body. (4) Since inflammation is the root of many diseases, consuming antioxidant-rich foods is one way to combat any inflammation that may result from poor nutritional or lifestyle practices.

Paprika contains vitamin A, which refers to compounds called carotenoids. Carotenoids function as antioxidants that prevent DNA damage and chronic health problems such as arthritis, stroke, and cardiovascular disease.(5) Just one teaspoon of paprika contains more than 35 percent of the daily recommended intake for vitamin A. (6) 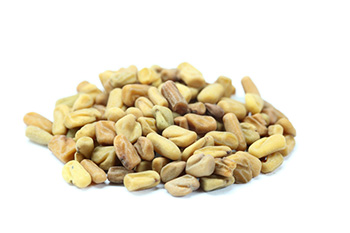 Have you ever heard of fenugreek seeds? If not, don’t worry because not many people have. However, there is much to be gained from fenugreek, especially when it comes to reducing internal and external inflammation.

For instance, in the stomach, fenugreek can help with constipation, diarrhea, and upset stomach by reducing inflammation in the digestive tract. (7) It is water-soluble, which can add bulk to the stool to help promote regularity.

According to studies, fenugreek has been shown to have beneficial effects on pre-diabetic, diabetic, and hypertensive individuals. One particular study showed that just 2.5g of fenugreek seeds consumed twice every day over three months lowered blood triglycerides and bad cholesterol naturally. (8) 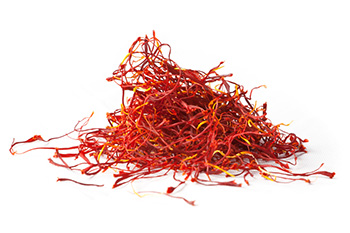 In most studies, an ounce is used to study its nutritive benefits, however not many people will consume an ounce of saffron at any one time. It has a strong flavor and color, both of which can be off-putting to some people, especially with its hefty price tag. (9)

This intriguing spice helps purify the blood, promotes healthy nerve function, helps in the formation of new red blood cells, regulate blood sugar, and many more. It is a great source of manganese, with almost 400 percent of the daily recommended intake of manganese in one serving. (10)

Saffron has also been found to have anti-cancer properties in vivo. In one study, oral administration of saffron extract inhibited tumor cell growth.

A great addition to festive desserts and entrees, cinnamon is also a powerful antioxidant. It is known to regulate blood pressure and significantly lowers the risk of developing diabetes. (11)

This essential herb also ensures that your colon is in tip-top shape. Containing fiber and calcium, cinnamon aids your colon in removing waste and toxins from the body which prevents diarrhea and constipation. (12) Furthermore, this herb is also good for the heart as it has the power to reduce cholesterol levels, which in effect keeps the heart’s vessels clean and healthy. (13) 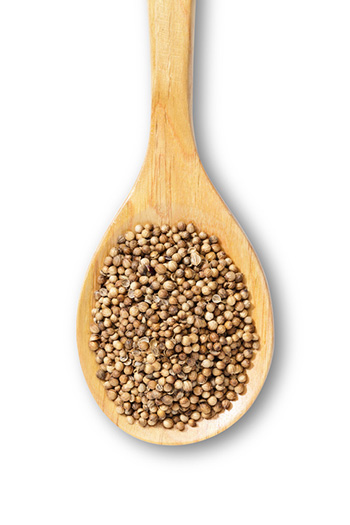 Coriander seeds are known in some parts of Europe as the anti-diabetic plant. In India, it is known for its anti-inflammatory properties, in addition to lowering cholesterol and improving cardiovascular health. (14)

Recent studies have shown that coriander seeds may protect against free radical damage, high bad cholesterol, and high blood glucose levels. It does this by stimulating the production of insulin, as well reducing the amount of lipid peroxides in cell membrane. 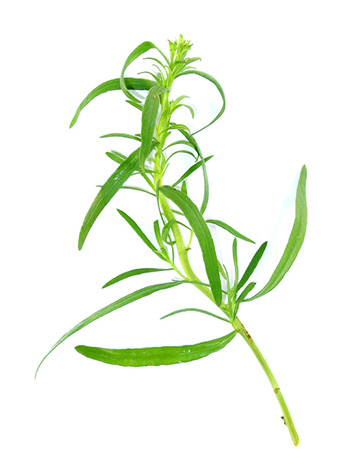 Tarragon is known in the culinary world as the “King of the Herbs”, but it can also be used to promote sleep, promote regular menstruation, reduce water retention, alleviate toothaches, stimulate appetite, and treat digestive conditions. (15)

Herbs VS. Spices – What’s the Difference?

Herbs and spices are used to add aroma, flavor, and spice to food. They are best used fresh, but can also be used dried and ground into a powder.

Herbs and spices are often used interchangeably, but there are subtle differences that set the two apart. Herbs are obtained from the herbaceous parts of the plant such as the leaves. They are used in larger amounts compared to spices, and are native to temperate climates.

Spices are obtained from the seeds, fruits, flowers, roots, and bark of the plant. They are stronger and more flavorful than herbs, and are native to warmer climates. (16)

Some plants are both herbs and spices. These include coriander, dill, and tarragon.

Amplifying your daily water intake by adding a sprinkle of any of these spices can be of great help to one’s overall wellbeing. A quick spice to your morning glass of water is easy and easy on the pocket as well.

Spices help fight off infection, bowel irritation, inflammation, disease, and even cancer. As a preemptive alternative to sickness and disease, adding spices to your water can only provide an extra measure in protecting your body.

Boil, soak, and strain your spices in water the night before, then allow your infused water to cool while you sleep. Start your mornings right with a glass of supercharged detox water and be fueled throughout your day.