Iron is an essential mineral absorbed by the body. It is one of the key components used in the production of hemoglobin. Hemoglobin is responsible for assisting red blood cells in absorbing oxygen. 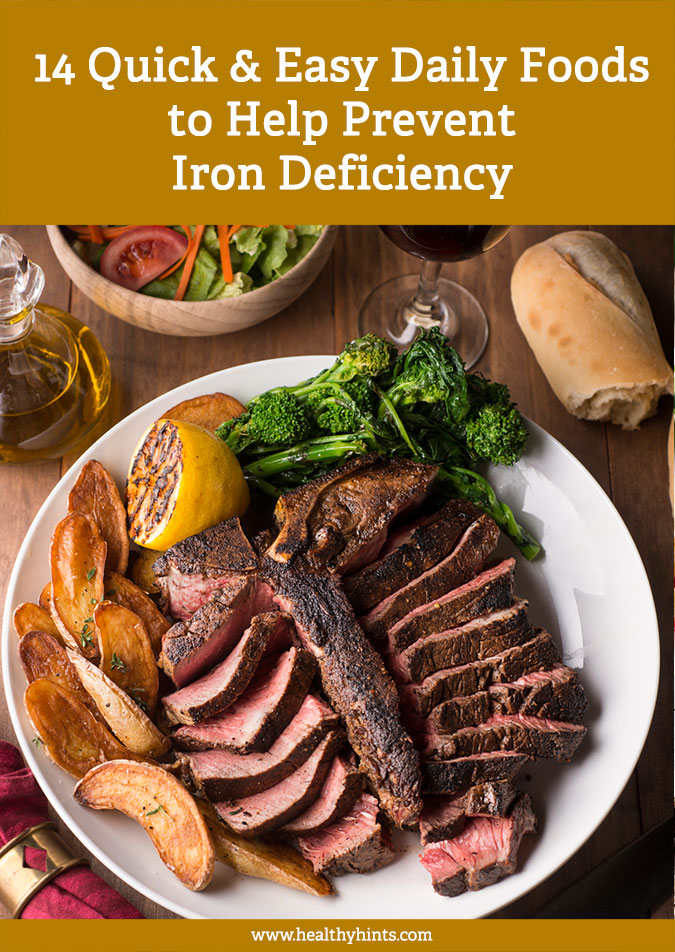 A lack of iron in your bloodstream reduces the production of hemoglobin and the onset of the biological disorder, anemia. (1) 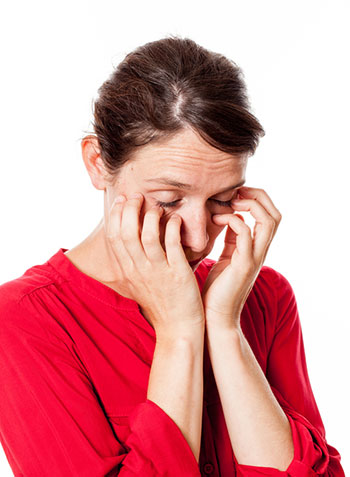 Iron Deficiency Anemia is a challenging condition to self-diagnose, as its symptoms are common to a variety of other disorders and ailments. Some people living with anemia are not even aware of it until they receive diagnostic blood work from their doctor.

The symptoms of anemia include:

Is it Possible to Treat Iron Deficiency Anemia? 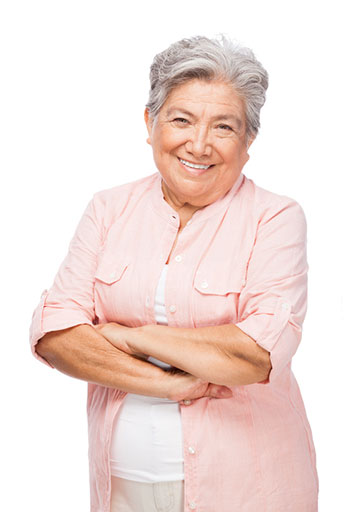 If you are concerned about anemia, speak to a health professional about any symptoms you may have. Your doctor will take a blood sample, analyze the results, and recommend a course of treatment.

If you do not have any of the above health issues related to anemia, then you can successfully treat and cure it simply by eating foods that are rich in iron. (3)

Heme iron, i.e. iron from animal sources, has a greater bioavailability in the body and is more readily absorbed than non-heme iron. (4) 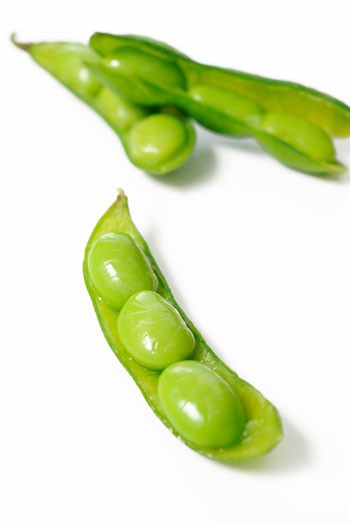 The beans are an excellent source of non-heme iron. One cup of soybeans contains 8 mg of non-heme iron and trace elements of other important minerals such as manganese and copper which are essential for immune and metabolic function.

Soybeans are also an excellent source of incomplete proteins and amino acids. Soybeans are high in dietary fiber and may have an anti-inflammatory response in the GI Tract.

Add them to salads, pasta dishes or stir-fry’s to increase your daily intake of dietary iron. They also make for great snacks to nibble on in between meals. (5)

If you have to have your cereal in the morning, then change it to a brand that offers a fortified variant. Fortified cereals have added vitamins and minerals to provide you with your total daily recommended allowance, all in one bowl of tasty cereal. (6) 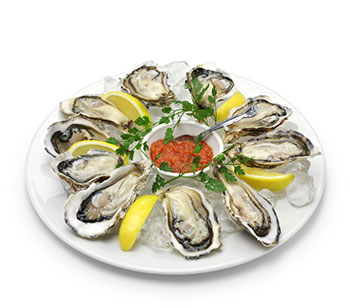 One medium to large sized oyster can contain as much as 6mg of highly bioavailable heme iron. Other mollusks also rich in heme iron, as well as other vital vitamins and minerals such as zinc and vitamin B12.

Not everyone enjoys mollusks. If you don’t like the strong seafood taste, then you can find your daily heme-iron intake in other varieties of fish such as tuna, salmon, and dorado. (7)

This legume is a quality carbohydrate source, packed with more than 6mg of non-heme iron per cup and loaded with dietary fiber. Lentils assist in gut health and have been a staple in many ‘Paleo diets,’ due to the low inflammatory response in the GI Tract.

They go well as a side dish with a variety of foods, and are used in a wide range of cuisines. (8) 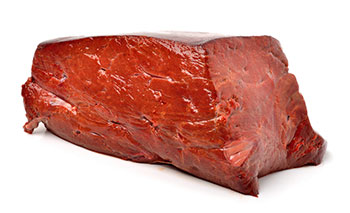 By far the richest sources of heme iron, organ meats are a superfood that is a wonderful source of complete proteins, amino acids as well as other vital vitamins and minerals. With over 26 mg of heme iron in every 100-gram serving, liver belongs on the dinner plate of everyone needing a boost to their iron levels.

Organ meats can have a strong taste, and some people just cannot stand the thought of eating them. To reduce the taste, soak it lemon juice or milk before you pan fry it. (9)

Half a cup of egg yolks contains 3mg of heme iron. Eggs are so versatile that it’s simple to get a few in every day. Have them scrambled on toast, poached with hollandaise or boiled and throw them in a smoked chicken salad. 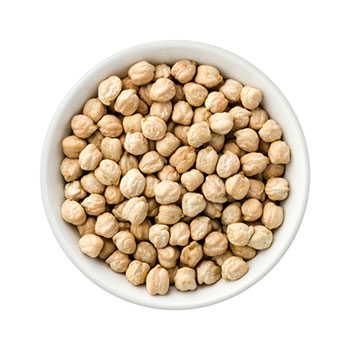 Chickpeas are the main ingredient in delicious hummus and loaded with 5mg of iron per cup. A solid food choice for vegetarians, they can be used in a wide variety of dishes from salads to pasta and roasted meats. Mix up some salsa and add in a few chickpeas to thicken it up while giving you a dose of non-heme iron. (11)

If you need something to snack on during the day, then reach for some seed mix. Pumpkin and sesame seeds are both incredibly rich in non-heme iron. Pumpkin seeds still in their kernels measure in with 10mg per cup, and sesame seeds with a staggering 20mg per cup.

Use them everywhere, from curries to stir-fries and salads. They make for an ideal healthy snack between meals and a convenient way to increase your daily iron consumption. (12)

Beans vary in their iron content and can have anywhere from 3 to 6mg per cup. Kidney beans are among the top, followed by black beans and pinto beans. The only problem with beans is that they also contain dietary fiber, which can inhibit iron absorption. Make sure you combine beans with an absorption helper to maximize the iron content.

Beans can be used in salads, roasted vegetable dishes, and as a side for just about any meal. (13)

With around 6mg of non-heme iron per cup, spinach and kale are iron-rich vegetables that offer a myriad of added health benefits as well. High in dietary fiber for optimal gut biome and digestive health, this superfood can be eaten raw or cooked.

Cooking spinach improves the bioavailability of the non-heme iron found in spinach. Be sure to steam your spinach rather than boil it. Boiling the spinach will only pull out all of the healthy vitamins and minerals into the water. (14) 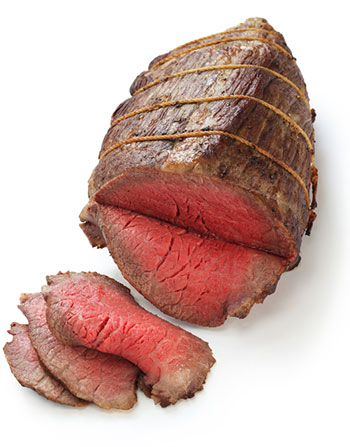 Beef remains to be an excellent source of dietary iron, provided you go for the right cuts. Generally, the darker the flesh, the higher the iron content. This explains why beef is richer in iron than pork, salmon and chicken. Organ meats such as the liver, heart, and brain, are much higher in iron than carcass meat. (15)

Use some extra lean ground beef to make homemade burgers, spaghetti and meatballs, or even whole-wheat lasagna. Boost the iron content of your food even more by cooking your tomato-based sauce in a cast iron pan. This will yield more than 10mg of iron, or roughly half the recommended daily intake for adults.

Generally, dark meat contains more iron than white meat. When cooking with poultry, opt for the fatter parts such as the leg or thigh. (16) This goes well roasted, or made into a stew. The higher-fat content of the chicken or turkey will keep the parts moist through most cooking methods, which will make storing and reheating leftovers more convenient.

Make some gravy using the drippings, some broth, a thickener, and maybe some chicken or beef liver to add flavor and an added boost of iron. 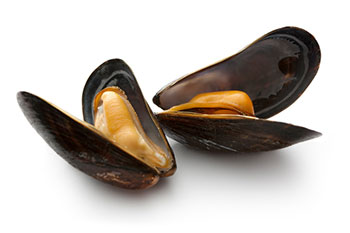 If you can get your hands on fresh or canned mussels, they contain anywhere between 5mg to 6.5mg per 75g serving. Incorporate mussels and other mollusks like clams and oysters into a seafood medley iron-fortified pasta to boost the iron content of your meal. (17)

Some people don’t mind the taste or texture of baby food, and if you’re one of those people, having infant cereal every once in a while to boost your iron stores. Infant cereal is arguably one of the best non-heme iron sources at 7mg per 30g serving. (18) 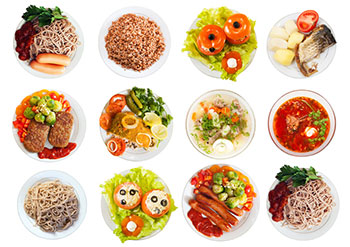 Some plant components and calcium inhibit the absorption of iron in the body. These include foods such as yogurt, milk and cheese, along with coffee and especially tea.

Meat is a good source of iron, but not many are aware that meat also promotes the absorption of iron, not only from itself, but also from other foods eaten with meat in the same meal. 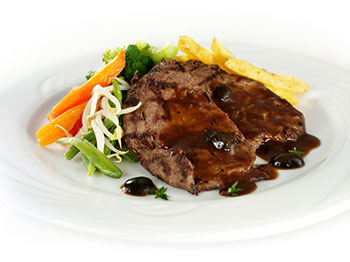 It would be a good idea to pair red meat or a fatter cut of poultry or fish with iron-rich vegetables to maximize iron intake due to the Meat Factor. (17)

How to Plan Your Meals to Prevent Iron Deficiency

Keep in mind that some foods that block iron absorption may also contain iron. Your body will have difficulty absorbing iron without the absorption helpers. Also, drinking coffee or tea with meals decreases iron absorption significantly, so drink them between meals rather than with meals. (18)

If your diet is lacking iron and affecting your health, then eating these foods may very well improve your condition. Iron is essential, and your nutrition plan should include it wherever you can.

Keep a journal and write down your daily meals that include heme and non-heme iron sources. Check your physical well-being every day and note how long it takes for you to feel an improvement.