Green tea has been praised for its many health benefits, and for good reason. From improved cognitive performance and weight loss to increased athletic performance and fat burning, this superfoods vast array of health promoting properties is quite impressive. While providing a more mellow and sustained caffeine buzz than coffee and containing a ton of free radical fighting antioxidants, green tea should be part of your daily diet. 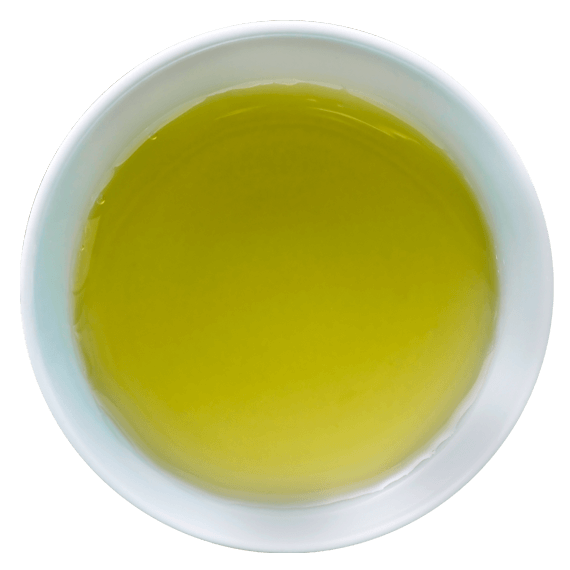 A regular 8 ounce cup of morning coffee contains roughly 100-200 mg. of caffeine, while an 8 ounce cup of green tea usually contains closer to 25-45 mg. Among its many other benefits, green tea will give you that buzz you’re looking for, but without the jitteriness and common blood sugar spike that occurs with coffee.

Caffeine has been proven to increase neutron activity in the brain (1), therefore working to increase memory, reaction time and concentration (as long as you don’t drink too much). Again, green tea does provide a healthy dose of caffeine, so still allows you the cognitive benefits associated with this stimulant.

However, green tea takes these cognitive benefits a step further due to the amino acid L-theanine, which directly increases the activity of the neurotransmitter, GABA,, long studied for its calming effects on the nervous system and brain.

Interestingly, one study showed that the powerful combination of L-theanine and caffeine was quite effective in increasing cognitive performance, when consumed together (2).

Certain studies have shown that caffeine can increase athletic and physical performance during exercise by up to 12% (3). Drinking green tea immediately before a workout or event can boost your energy and overall performance, and is preferred by many over coffee since you are less likely to experience a crash later on.

Another study explained that caffeine also increases athletic performance by mobilizing the fatty acids in our fat tissues, therefore allowing the body to use them for energy (4). This can also be effective for weight loss.

EGCG (epigallocatechin gallate), a powerful antioxidant found in green tea, is now known to boost metabolism, and might be one of the prime reasons that green tea increases our fat burning abilities.

It is commonly agreed upon by experts that cancer is (at least partially) caused by oxidative damage to cells. Free radicals are unpaired molecules in the body that harm our cells and DNA, and antioxidants are necessary to prevent their damage (6).

Green tea is one of the best sources of free radical fighting antioxidants available, and has been proven particularly supportive in the following types of cancer: 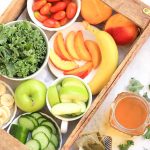 1. Drink instead of coffee in the morning

For all of the benefits discussed above (less jitteriness and balanced blood sugar, to top the list), opt for green tea in the morning instead of coffee. If you rolled your eyes at that comment (and are pretty sure that’s never going to happen), at least consider replacing any post-morning coffees with green tea. This simple replacements can seriously help you come down from those familiar energy dips and spikes throughout the day.

2. Infuse it into your oatmeal

What better way than to start your morning than with a super boost of antioxidants? Simply steep a green tea bag in your boiling water for about a minute, remove, and then add your oatmeal and cook as normal.

You can purchase green tea powder at any health food store or online, and it goes deliciously with fresh fruit, a handful of spinach, and yogurt or organic milk (try almond or coconut if you are dairy sensitive). Throw in a high quality protein powder, and you’ve got yourself a nutrient dense meal replacement for a busy day.

4. Make an iced tea to have on hand

Nothing beats a refreshing glass of iced tea on a hot day. Brew your green tea in hot water as you normally would, steeping it for your desired length of time (depending on taste preference). Jasmine has a slightly sweeter flavor, and works well as an iced tea. Mix in a sweetener if you’d like, such as honey or coconut sugar, allow to cool for a bit, and then pour over ice. You can even try half iced tea and half sparkling water.

Nothing fancy, this idea changes the taste of a normal cup of green tea. Try adding some sprigs of fresh peppermint, along with 1/2-1 fresh squeezed lemon juice. Yum!

Green tea is considered generally safe for adults and even for children, in small amounts. Like any food, however, there are potential symptoms to watch out for they should appear after introducing green tea into your diet:

Q: What is green tea:

A: Green tea comes from the dried leaves of the Camellia sinensis plant, and has been used medicinally as a beverage and supplement for centuries. It is packed full of nutrients and powerful antioxidants that support an array of bodily processes, and should be consumed on a regular basis (unless a counter indication exists, as discussed above).

Q: What is green tea good for?

Q: What is the best kind of green tea?

A: Choose a high quality brand, preferably organic, as some low quality brands can actually contain high levels of fluoride. Also, hot green tea versus iced will be more highly concentrated (and less diluted). For maximum benefits, purchase green tea leaves instead of bags, and allow to steep for 3-4 minutes.

A: Studies show that green tea can help with fat loss and increasing a metabolic rate, and is certainly an excellent addition to any diet with a weight loss goal.

Q: What is matcha green tea?

A: Matcha is a powdered version green tea made in Japan. Its bright green color can be attributed to chlorophyll, which is important for detoxification and hormonal balance. You can use matcha green tea to make frothy green tea lates, smoothies, or try adding it to baked goods. Matcha green tea is more highly concentrated than a steeped tea.

A: EGCG (epigallocatechin gallate) is a powerful antioxidant found in green tea, and is best known for its ability to boost metabolism. It might be one of the prime reasons that green tea increases the bodies ability to burn fat at a faster rate.

A: The caffeine in green tea is actually absorbed and metabolized differently than the caffeine in coffee. There is also a lesser amount (less than half compared to coffee), so avoids that common jittery caffeine buzz of coffee, while still having a mild and sustained stimulative effect.

Q: Should all green tea be green?

A: Similarly to many foods, quality matters. If you purchase a green tea that appears more brownish in color, it is probably lacking in some of the key nutrients green tea has to offer. Japan is known to produce the highest quality green tea, and their harvesting methods preserve as many health benefits as possible (practice makes perfect).

Q: How much green tea should I be consuming?

A: No more than 5 cups a day is recommended.