Green Tea vs. Matcha Green Tea – Which Is Better for You?

Green tea is well known for being one of the healthiest drinks in existence, and has been used historically for both its great taste and many health benefits. Matcha is one type of green tea that has become increasingly popular in recent years, and some believe it to actually be the healthiest of all the green tea varieties. In this article, we’ll explore the similarities and differences between green and matcha green tea. 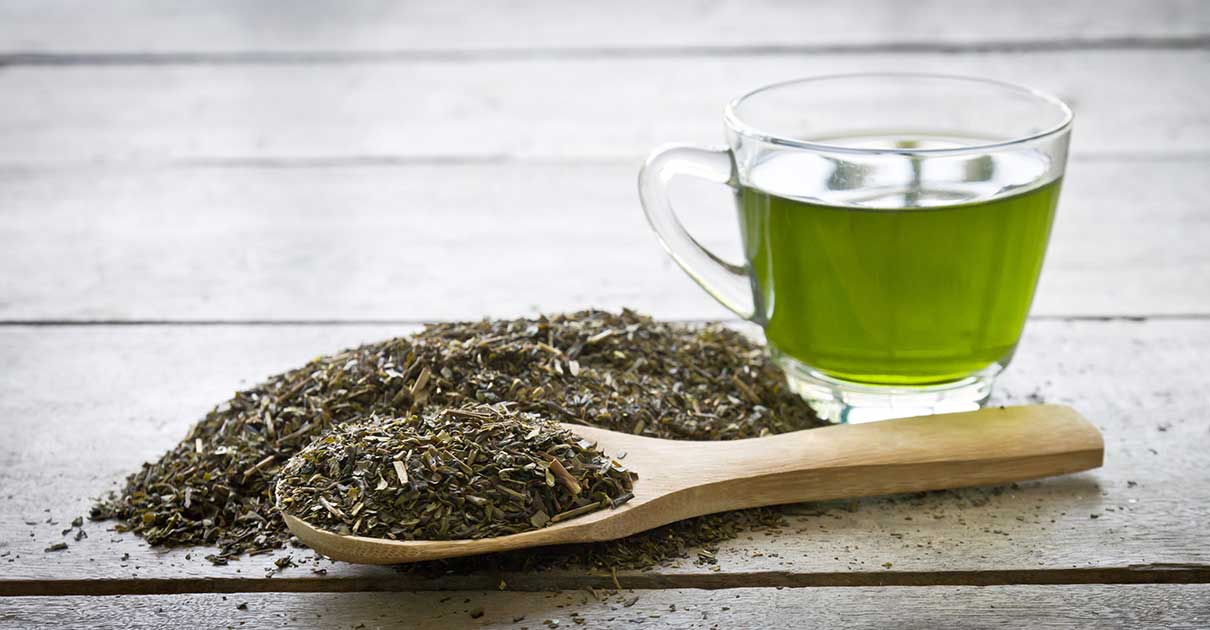 What is Green Tea?

Green tea has been used across cultures, and is known to contain nutrients, plant compounds that offer benefits from improved cognitive performance and weight loss to increased athletic performance and fat burning. And, it manages to do all this while providing a more mellow and sustained caffeine buzz than coffee and containing a ton of free radical fighting antioxidants.

Green tea originated in China but has spread to many cultures around Asia. It comes from the Camellia sinensis leaves (the same plant and leaves used to make oolong and black tea), but it has not undergone the same oxidation process as these teas, and is therefore consumed in its more natural state and with nutrients more in tact.

What is Matcha Green Tea?

Matcha green tea and other green tea varieties all come from the same plant. However, matcha is cultivated differently, which makes for a different tea end product. Matcha plants are covered for about 20 to 30 days pre-harvesting, which protects the leaves from direct sunlight. The shade naturally increases the plant’s production of chlorophyll and amino acids, making for darker green leaves that are then de-stemmed and stone ground, making matcha powder.

When you drink matcha green tea, you are ingesting the entire leaf as opposed to with regular green tea which is made by soaking the leaves. Therefore, matcha green tea is more highly concentrated in antioxidants, caffeine and certain other health-promoting substances provided by green tea.

Matcha powder typically has about 35 mg. of caffeine per cup (1), whereas regular green tea contains closer to 25 mg (2). Similarly to the slightly bitter taste of green tea, matcha’s bitterness is typically stronger, so is often combined with either a sweetener like honey or sugar, or mixed into smoothies or baking recipes.

Matcha is Even Higher in Antioxidants than Green Tea

As mentioned above, because matcha powder is made from the whole leaf, you end up consuming more antioxidants and health-promoting substances than with green tea. In fact, one single cup of matcha is equivalent to roughly three cups of green tea. Studies show that the specific types of antioxidants present in green and matcha tea are especially useful in supporting cell growth and repair, maintaining healthy arteries and fighting systemic inflammation, which is indicated in a wide variety of degenerative conditions (3).

In general, whole leaf tea varieties contain far more nutrients than tea bags or steeped tea (4), so matcha does go above and beyond the health benefits of regular green tea.

Regular green tea is also known to boost weight loss (especially fat burning), and matcha green tea might triple the weight loss properties of green tea. Both are known to increase metabolism and fat burning (5), although obviously can still never replace a whole foods diet and smart exercise program. However, green tea is included in many popular weight loss supplements, and drinking the whole leaf, whole foods version is much healthier and safer than consuming it in supplement form (unless indicated by your doctor).

Matcha green tea is slightly higher in caffeine, so will likely increase alertness similarly to any other caffeinated beverage. Unlike coffee, however, green and matcha green teas contain the amino acid, L-theanine, which works to increase alertness while also promoting relaxation, therefore avoiding that coffee “buzz” that often leads to a crash (6).

How is Matcha Green Tea Prepared?

There are a few ways to prepare matcha tea, and all come from traditional, Japanese customs of brewing and serving. Also in Japanese tradition, you place the matcha powder into a heated tea bowl called a chawan, using a bamboo spoon to scoop the tea called a shashaku. It is then whisked with a bamboo spoon that leaves the tea frothy (8).

The most common way of brewing matcha tea is to add one teaspoon of the powder to two ounces of hot water.

This method uses a higher quality matcha powder and involves no foam. This version uses about two teaspoons of matcha to one ounce of water.

Are There Any Downsides to Drinking Matcha Tea?

Matcha tea is much stronger than regular green tea, and should definitely not be consumed in excess. The recommendation is no more than two cups per day. Two cups of matcha could equal about six cups of regular green tea (remember, matcha is three times as strong), so for some people, even this amount will be too much. Although uncommon, sensitive individuals could experience nausea, vomiting and diarrhea that is associated with kidney and liver toxicity from drinking too much green tea (9).

Since you are ingesting the entire leaf when drinking matcha tea, the soil it is grown it definitely matters. Matcha tea from leaves grown in contaminated soil could leave you extra vulnerable to fluoride, heavy metals and other contaminants. Buying organic matcha powder is optimal (although still doesn’t guarantee a clean product), but it is likely to be less contaminated.

All in all, matcha tea truly is healthier than regular green tea. You might have already known that green tea is incredibly healthy, and now you know that matcha tea contains all of those same benefits, times three. If you are sensitive to caffeine or the plant compounds found in green tea; however, matcha could be too strong for you.

Try some organic matcha green tea, and know you are reaping the maximum benefits that green tea has to offer.