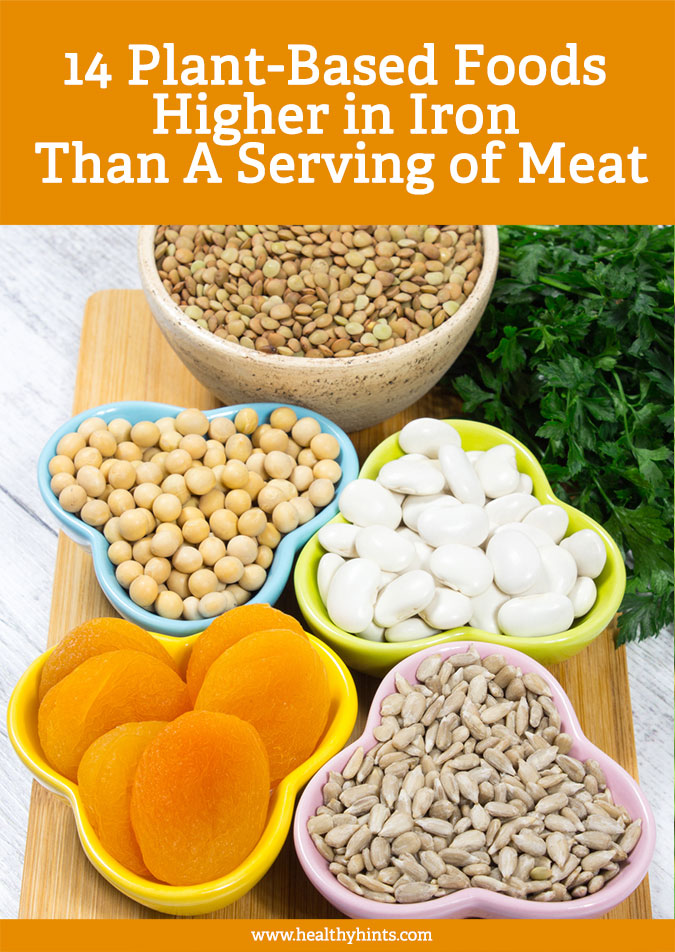 While there are a variety of different reasons to cut meat out of your diet, including religious, moral, and health purposes, there are nutrients that might be harder to come by in a reduced-meat or meat-free diet without proper research and planning. These nutrients include protein, zinc, calcium, and iron. Thankfully, there are plenty of different non-heme, also known as plant based, sources of iron. This article will discuss why iron is important for a healthy body and what kind of food to focus on if you are not consuming enough iron.

Why Do We Need Iron? 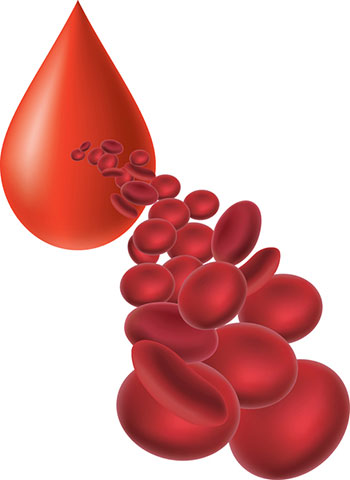 Iron is an incredibly important nutrient in the body, particularly for a healthy circulatory system. Iron is important for hemoglobin, which is a substance that makes up red blood cells. Red blood cells are the cells that bring oxygen throughout the body. (2) Iron also plays a role in keeping hair, nails and skin healthy, strong, and fast growing.

Iron comes in two forms: non-heme and heme iron. Heme iron, which comes from hemogoblin, a protein found in red blood cells, is found in animal products such as poultry, fish, and red meat. Heme iron is absorbed up to two times more easily than non-heme iron. Non-heme iron is found in animal tissue as well, but is more common in plant sources such as leafy green vegetables, lentils, dried fruits, and whole grains. It does not naturally contain hemogoblin.

How Much Iron Do You Need?

The amount of iron you need in a day is dependent on a couple of different factors. Infants and children need more iron as their bodies are growing at a much quicker rate than teenagers and adults, and snacks that are geared toward children are often higher in iron for this reason.

Children below the age of four need 7mg per day between the ages of four and eight need 10mg per day. Meanwhile, children ages 9 through 12 need 8mg of iron per day. (3) 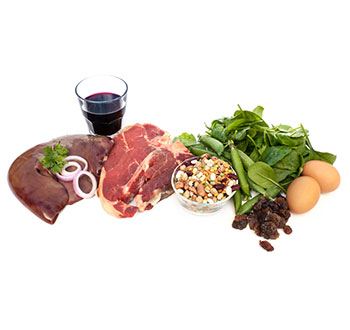 From adolescence until menopause, women need to consume more iron than their male counterparts due to their monthly menstrual cycle. It is recommended to have a daily intake of 18mg per day, whereas men only need 8mg of iron. At menopause, daily requirements for iron goes back to 8 mg for both men and women. (4)

Physically active people may find that they need more iron to ensure that oxygen is moving throughout the body effectively. Those who experience blood loss due to illnesses such as ulcers and certain types of cancer may need to up their intake of iron to make up for the loss. Certain medications may also deplete your reserves of iron. (5)

What Happens If You Do Not Hit Your Daily Recommended Iron Intake? 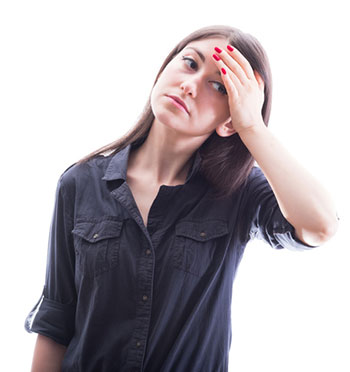 Most people, through careful planning in their diet or supplementation, are getting enough iron in their diet. However, there are some definite health concerns for those who do not get enough iron.

Anemia, also known as iron deficiency, is the most common type nutritional deficiency. Mild anemia is characterized by headaches, weakness, fatigue, and problems with concentration. Moderate to severe anemia also includes lightheadedness, brittle hair and skin, and shortness of breath. (6)

Is It Possible To Consume Too Much Iron?

While it is much more common to not have a enough iron intake, it is also possible to have too much iron in your diet, mainly when iron supplements are used incorrectly. Too much iron can result in digestive issues, including 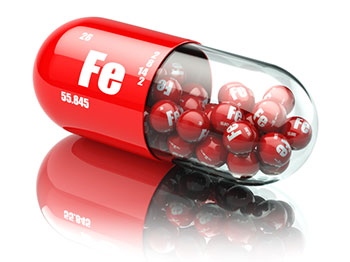 In general, animal food sources are higher in iron than plant sources. However, there are still a number of different ways to get an adequate amount if you are looking to cut down on your meat or animal byproduct intake. These 7 plant-based iron sources are fantastic additions to your diet. 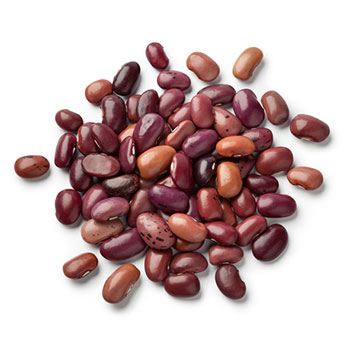 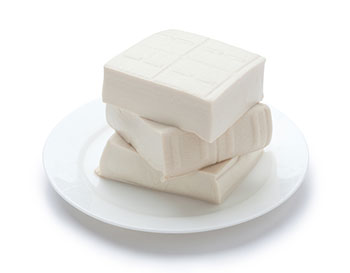 Tofu, made from soy milk, is an excellent source of iron and is often used in foods as a meat replacement. One cup of tofu contains 3.4 mg of iron, or about 20% of the recommended daily intake for an adult woman. (10)

Every year, million of pounds of spinach are consumed throughout the world. Both cooked and raw spinach definitely have a wealth of health benefits. Cooked spinach is definitely a superior choice if you want to cater to your body’s need for iron. Spinach contains oxalic acid, which can prevent the body from properly absorbing the accompanying iron. Steaming or stir-frying spinach removes oxalic acid, allowing the body to absorb the 6 mg of iron per one cup serving. (11) 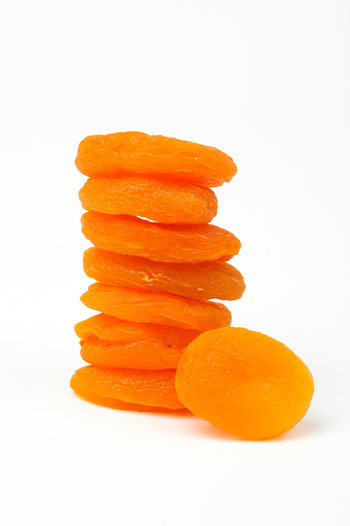 Most of the other foods on this list are classified as vegetables, but these fruits are particularly high in iron compared to other fruits. Dried apricots and prunes contain 3.5 mg of iron per one cup serving, over twice the amount of fresh apricots and plums. (12)

Often times, potatoes get a bad reputation for those who are trying to eat healthy, mainly because they are often served fried or doused in butter and sour cream. However, potatoes are an excellent source of iron, with one large russet potato providing 3.2 mg of iron. (13) 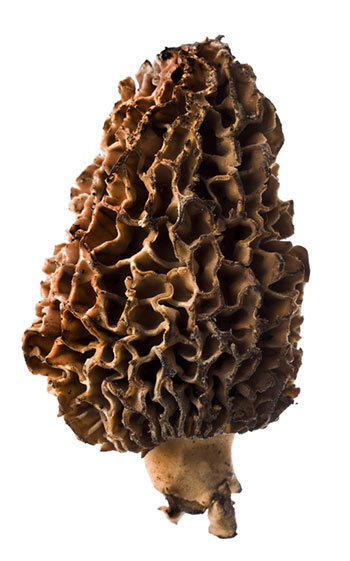 Morel mushrooms are a porous mushroom harvested primarily in the late spring. While not as common in grocery stores as button or portobello mushrooms, these mushrooms have a distinct flavor as well as a very high level of iron. In ½ cup serving of raw morels, there are 4 mg of iron. (14) Other varieties of mushrooms contain iron, but not as much as morels.

Spirulina is quickly becoming a superfood known not only for promoting overall health and wellness, but longevity as well. Spirulina is a freshwater plant similar to sea vegetables such as kelp, nori, wakame, and dulse. It is a member of the blue-green family, but is not considered a true algae.

Spirulina is composed of 50-70 percent protein, and it is considered a complete protein because it contains all the essential amino acids. Its protein content is also up to 90 percent digestible—much higher than other plant-based proteins—meaning the body absorbs most of it, rather than having it go to waste. With just a tablespoon of iron, you can get up to 2mg of iron. (15) 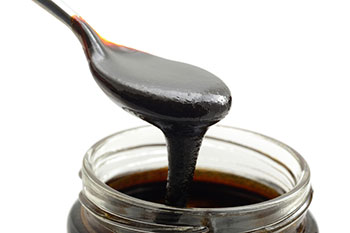 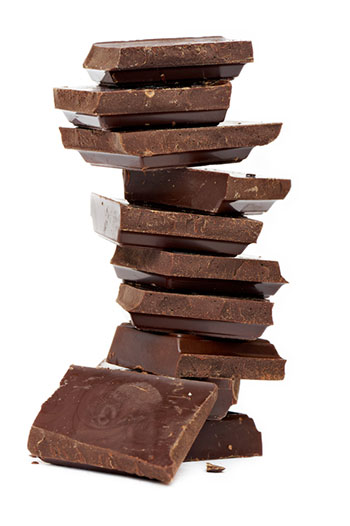 Dark chocolate also contains antioxidants that can prevent free radical damage in the body, which when left untreated, can lead to a host of diseases such as cancer, Alzheimer’s disease, and autoimmune diseases.

Grean peas are a good source of vitamin B1, vitamin C, vitamin K, copper, manganese, phosphorus, folate, iron, and dietary fiber. A 100-gram serving of iron contains roughly the same amount as a serving of meat. It is also an excellent source of potassium and protein, making it a popular choice for vegans and vegetarians. Green peas are easily incorporated in several dishes, and can be stored fresh or frozen.

Quinoa is a superfood that rivals almost any other grain out there as it is one of the few plant-based foods that contain all nine of the essential amino acids. It is high in antioxidants, vitamins, minerals and protein. (17) 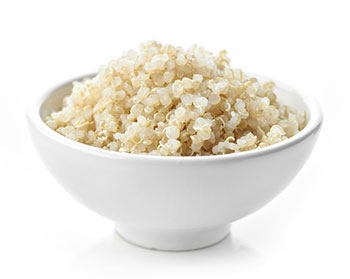 For every 100 grams of quinoa, you can get the same amount of iron as you would from a serving of red meat, but without the saturated fat and cholesterol content. It also contains twice as much fiber as other grains, making it one an excellent choice for weight loss purposes, as it promotes satiety and slows gastric emptying.

Prune juice is one of the few fruit juices considered high in iron. At 3mg per cup, you could easily substitute this plant-based alternative in place of your usual serving of red meat. Prune juice is different from other fruit juices in that it is easier to retain nutrients through the juicing process, making it a good choice for vegans and vegetarians who would like to supplement the wide spectrum of vitamins and minerals through other food sources. 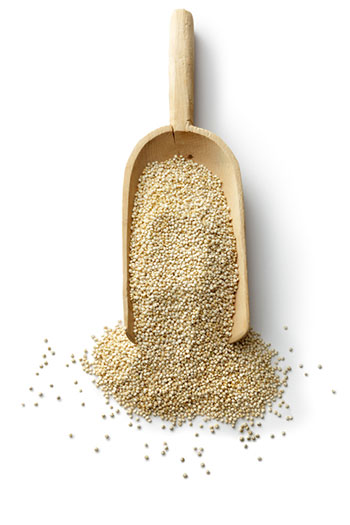 Aside from quinoa, amaranth is another notable grain due to its mineral content. High in carotenoids, phosphorus, iron, and calcium, amaranth is an excellent alternative to red meat at 15mg per cup, compared to white rice at only 1.5mg per cup. It is also a good source of protein at 28g per cup.

Aside from its mineral and protein content, amaranth is also emerging as a viable lysine source. Lysine is an amino acid whose protein content is comparable to milk protein, but is more easily digested. Those who choose to steer clear of dairy, or do not tolerate dairy very well, may switch to amaranth to avoid the negative side effects associated with dairy intake.

While there are some definite benefits of consuming non-heme iron rather than heme iron, the body does not absorb non-heme protein as effectively. 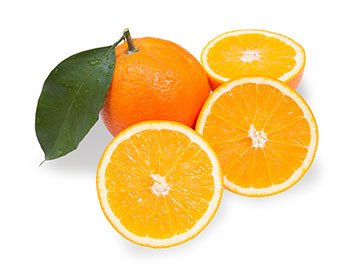 Vitamin C can help the body to absorb iron from these non-heme sources, so when eating iron rich plant based foods, make sure to eat foods high in Vitamin C including citrus fruits and leafy green vegetables or take a daily vitamin supplement containing one hundred percent of your daily recommended intake. (18)

What Should I Avoid When Consuming Iron?

Many foods are a great source of iron, but there are a few things most people consume everyday that you should be mindful of while trying to get enough iron, particularly if you are experiencing a deficiency. Both coffee and tea have a huge negative role in how well iron is absorbed in the body, 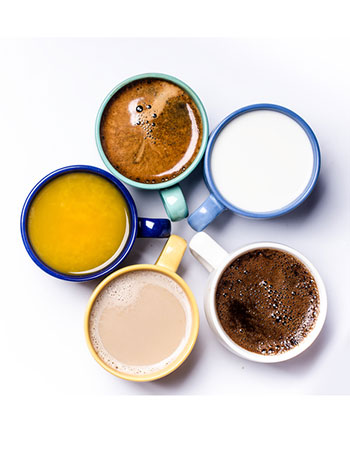 particularly if consumed within an hour before or after an iron rich meal. (19)

Additionally, large amounts of calcium can negatively impact iron absorption, so it is important to talk to your doctor or healthcare provider if you are concerned about how these two nutrients may interact with each other, as calcium deficiency presents a whole other set of problems. (20)

If you are choosing to avoid animal sources of iron, there is a variety of different ways you can consume your recommended daily dose of iron.

Whether you are consuming non-heme or heme sources of iron, it is important that you eat a well-balanced diet that is low in overly processed, high fat, high cholesterol foods, with lots of fresh fruits and vegetables, as well as lean proteins, whether plant-based or meat-based.