Coconut water is known to be a drink that is cholesterol-free with natural fats, and can provide more potassium than four bananas. (1) 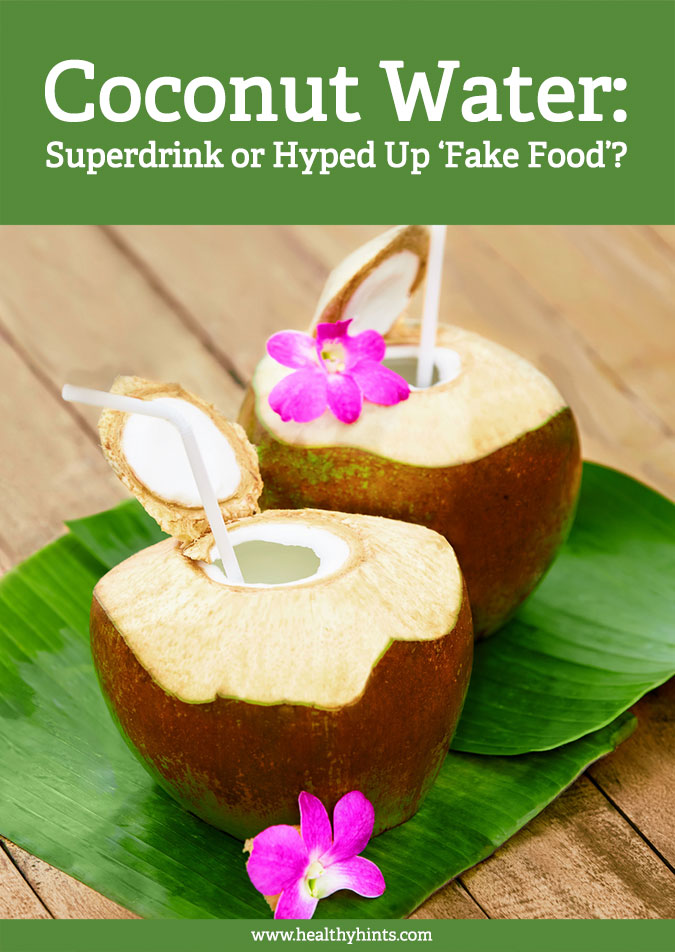 Athletes and health enthusiasts alike have claimed that coconut water has the propensity to be a better alternative to sports drinks at keeping one hydrated. (2)

Furthermore, celebrities also claim that coconut water is not just your elevated sports drink in terms of its composition, but it also tastes refreshing. Although there are numerous claims and known benefits of coconut water, how do we really know if this is not just a new health craze?

What is the difference between coconut water straight from a coconut, and a bottle of coconut water that has gone through the process of manufacturing? Do we know how additives affect the coconut water, and how it will affect us? Will just any coconut do? Is coconut water taken straight from the coconut and poured into a bottle, or does a chemical process change what’s supposedly natural after the water is harvested? There are just a few questions that you should be asking yourselves before purchasing the next coconut water product you find at the grocery store.

The Anatomy of a Coconut 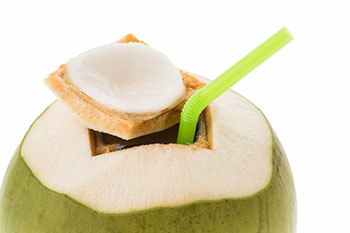 Although there are different parts of a coconut, let’s zero in on the difference among coconut meat, coconut oil and coconut water.

Coconut meat is the white fleshy part of the coconut that is highly nutritious. It is used to produce coconut milk, coconut cream and coconut yogurt. You’ll notice these being sold in cans in your local grocery stores. (3)

Coconut water is tapped specifically from young, green coconuts. This liquid, also called an endosperm, helps the fruit mature and eventually deposit coconut meat into the inner rind. Coconut water plays a vital part in the fruit’s development as it is the source of nutrition to a developing seed in the form starch, oils and protein. (5)

What coconut water provides you are 19 calories in 100ml amounts, 95% of it being pure water and 4% of it carbohydrates. Meanwhile, protein and fat content per 100 ml are just under 1% each. (6)

There are numerous brands of manufactured coconut water that will claim that each bottle is packed with “healthy natural fats”. Marketing can sometimes be 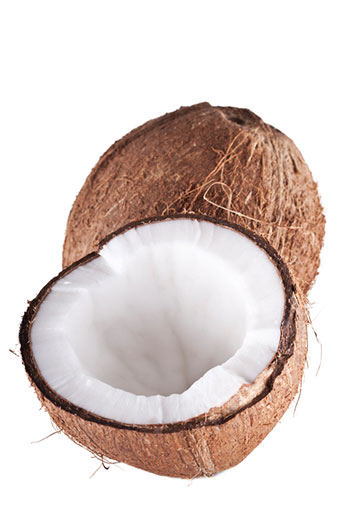 tricky, but it is best to be wary of such claims since certain processes can strip healthy superfoods of their supposed benefits.

Now let’s talk the two minerals which work in balancing the body’s fluids, sodium and potassium– both of which can be also be found in coconut water. Per tablespoon of coconut water, there is 38mg of potassium. Potassium is important for regulating blood pressure and keeping your heart at its optimal health. (7) 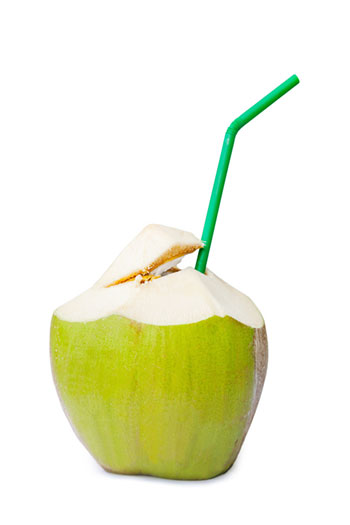 Despite what media is telling consumers about coconut water, it is not necessarily essential for one to religiously drink coconut water all the time to stay “healthy”. One does not need to consume coconut water for health. It is a good addition to one’s diet definitely, but it is not essential.

For instance, in one banana there is an average of 422mg of potassium, (384 more milligrams of potassium than in coconut water), and nutritionists recommended at least 4,700mg of potassium each day or adults over the age of 19. In order to reach your average potassium intake by only drinking coconut water, you’d need to drink at least 8 cups of it each day, just to meet the minimum prescribed intake. However, Mother Nature’s sports drink’ doesn’t always come cheap, and in some places, they aren’t even readily available.

Sure, it seems like an easy fix to just combine protein, fats, and hydration in one drink, but keep in mind that some specialists have actually discovered certain health risks and concerns from only drinking coconut water. 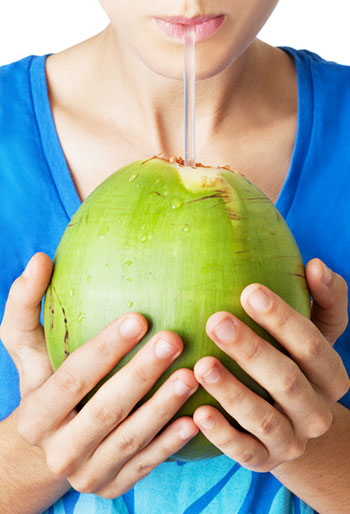 High levels of potassium (hyperkalemia) is actually one of the common causes of life-threatening heart palpitations. (8) In some cases (ventricular fibrillation) high potassium may causes the heart to just flutter rapidly instead of pumping blood. If potassium levels can’t be brought back to a stable stateconstant, the heart can even stop beating. (9)

An excess of potassium has also been linked to kidney disease, diabetes, blocking medications, Addison’s disease, and adrenal failure. (10)

People can suffer from too little potassium as well, and coconut water can certainly help negate that, but always keep in mind that coconut water is certainly not the only thing a person should be drinking.

When used safely and in moderation, coconut water can certainly lower blood pressure and boost hydration. However, there are few things to keep in mind.

After a heavy dose of exercise or a long day of labor, drinking large amounts of coconut water can cause a dangerous electrolyte imbalance, affecting your overall balance, cardiovascular system, and muscle contractions.

Also, be wary that this drink is high in sodium. A single cup of coconut water might be a great way to replenish the sodium you lost during a rigorous exercise, but not if you’ve been drinking cup after cup all day.

One cup of coconut water contains 252mg of sodium – this means that you can reach 70% of your body’s daily sodium intake, just by drinking two 16oz bottles of coconut water. (11)

High levels of sodium can increase your risk of high blood pressure and stomach cancer, which is why it is not generally recommended to fulfill all your potassium needs through coconut water alone. (12)

If the debate is between whether drinking coconut water or a sports drink is better for a person, the answer is coconut water.

When debating between sports drinks and water in general, experts advise to drink when thirsty and choose water instead. Coconut water just has some more kick to it. Sports drinks have more sugars and more calories, meaning an athlete has to work even harder to get rid of the excess fat gained from drinking it. (13)

Coconut oil has been touted as a miracle product for the skin and hair, but it also offers a host of health benefits when consumed. The same can be said for coconut water.

When taken from natural, unmodified coconuts, coconut water is a great source of essential minerals, antioxidants, and other nutrients. Research has shown anti-inflammatory, antibacterial, antiviral, and other disease-fighting properties, so it comes as no surprise that coconut is so popular these days, and for different purposes. Here are some of them:

1. Coconut Water as a Rehydration Fluid

Coconut water has long been used as a beverage, but a recent cholera epidemic has renewed interest in the use of coconut water for rehydration purposes in cholera patients as well as those with gastroenteritis. In areas of the world where coconuts are plentiful, the advantages of availability and sterility make coconut water a feasible alternative when conventional beverages are unavailable. (14)

Dehydration will lead to a host of problems, so ensuring you stay hydrated is absolutely crucial, but not always easy to maintain, especially during marathons or long bouts of exercise. When it comes to total body rehydration after a strenuous workout, it is said that plain water is your best option. However, coconut water has been shown to be just as effective, if not more so, than water and sports drinks for rehydration.

Additionally, the study found that coconut water caused no upset stomach or any nausea, despite drinking quickly. Coconut water was also found to be sweeter than the other drinks, despite the sports drink having plenty of added, processed sugar. (15)

Coconut water contains potassium, which can help lower your blood pressure. In one study conducted on people with high blood pressure, participants drank regular drinking water, coconut water, and a mixture of 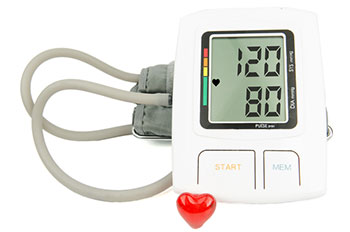 The kidneys are responsible for adequately flushing toxins out of the body. Without adequate fluid intake, dehydration may occur, affecting the body’s detoxification abilities. Coconut water contains an optimal electrolyte balance, which helps the body flush out waste materials that could otherwise impact health and wellness. 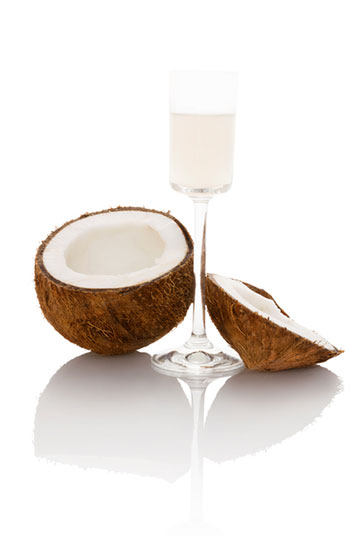 Electrolytes such as calcium and magnesium found in coconut water, may help east muscle tension and even stress. These are found in whole foods, but not all of us eat a balanced diet. Without these critical minerals, stress management can be more challenging and in some cases, even debilitating.

Calcium and magnesium help in relaxing the muscles through the parasympathetic nervous system, in addition to the formation of serotonin, also known as the feel-good hormone.

How to Know If Coconut Water Is Fresh?

There is a specific window of time for coconuts to be gathered, not only to ensure that it is water you are getting rather than oil or milk, but also so it has the maximum amount of benefits. A period of 5-7 months spent growing and ripening on the tree is a good time frame. 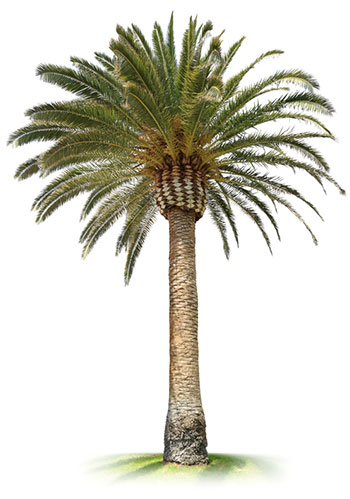 Yes, coconut water has been put up on a pedestal. Truth be told, this drink has a lot of reasons to be patronized. It’s certainly a great source of water with a unique balance of added elements. But in the end, it all depends on what your fitness goals are, and knowing what your body needs.

If you’re looking for new ways to get your daily potassium intake, coconut water packs 600mg of potassium per cup. However, the drawback of nearly 300mg of sodium also added to your diet just isn’t worth it. Stick with bananas and potatoes, and only drink coconut water on occasion or in moderation.

If you are choosing between coconut water and a sports drink, always know there is a third option—just plain water! Remember that moderation is key and that too much of anything good can be detrimental to your overall health.