Is Coffee Good For You?

Let’s face it, coffee is the reason most of us get out of bed in the morning. One cup offers a friendly jolt of energy, and tastes amazing too. Not only is it a source of morning motivation, coffee also has many amazing health benefits (1). Coffee is one of the most popular drinks in the world and can be presented in a variety of ways. You can have your coffee iced, in cappuccino or latte form, or black in the form of espresso. 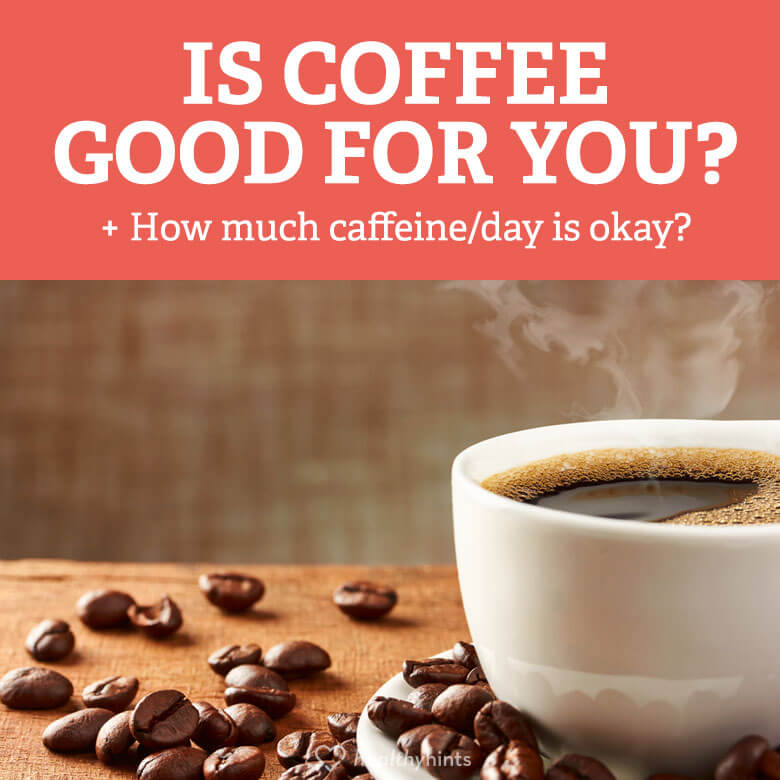 While there is tons of research supporting the health benefits of coffee, there are many skeptics as well. In the words of Frank Hu, “coffee is a complex beverage.”

Let’s take a look at a few different perspectives, so you can decide whether or not your morning cup of joe is truly worth it!

Caffeine in Coffee is a Drug 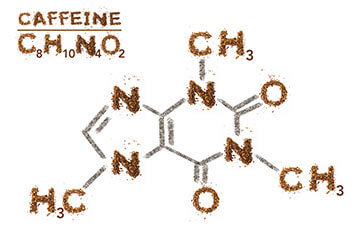 Yes, caffeine is a drug!

This substance, found in coffee, is defined as a drug because it stimulates the central nervous system and provides a temporary mood boost (2).

In the United States, 50% of the population above 18 years of age drink coffee everyday, with the average consumption per person equaling 3.2 cups per day (3).

A total of $40 million dollars is spent on coffee each year, in the United States alone (4, 5).

Now that is a huge percentage of the population spending a lot of money on their daily addiction to coffee.

Although coffee tastes delicious and is a favorite morning beverage for many, it’s the caffeine content, not the taste, that makes this drink so addictive. The average cup of home brewed coffee contains anywhere between 95-200mg of caffeine per 8oz serving.

Moderate caffeine intake, which is anywhere between 1-3 cups per day, can be harmless. Caffeine is a substance that naturally stimulates the nervous system, so if you are over consuming your daily quota they’re can be some unpleasant side effects (6).

Up to 400 milligrams, or no more than 3.5 cups per day,  is said to be the maximum caffeine intake for most healthy adults (7).

Heavy daily caffeine use — more than 500mg per day — can cause side effects such as:

While these are the recommendations and precautions for healthy adults, caffeine consumption for breastfeeding or pregnant women, and children, should be avoided completely or consumed with caution.

One study demonstrated that caffeine intake of 250mg or higher is dangerous for pregnant women as it resulted in a reduction in birth weight of the baby.

Other individuals that may want to take precaution before drinking too much coffee are those with anxiety disorders, or people who are highly sensitive to the drug (8, 9).

And did you know, if you’re a young woman using oral contraceptives, there is evidence suggesting you will metabolize caffeine at a much slower rate, leaving you more sensitive to it’s unpleasant side effects (10).

A Few Points of Caution: 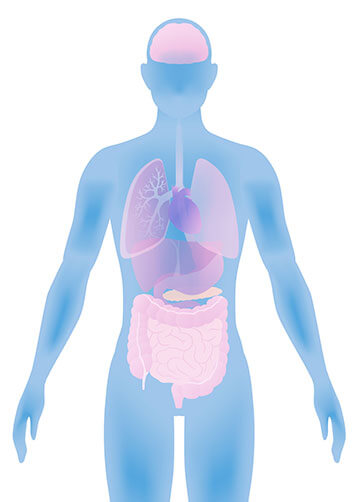 If you have high cholesterol, are concerned about your blood lipid levels, or are at risk for heart attacks, you might want to rethink your coffee drinking habit.

Apparently, decaf and caffeinated coffee both raise cholesterol levels as much as 10% (11).

A recent study demonstrated that coffee drinking may trigger coronary events and increase heart attack size and severity in the patient groups tested.

It is said that drinking coffee provides protective effects against many forms of cancer. While this may be true in some instances and for certain types of cancers, there is also evidence to demonstrate the opposite.

One of coffee’s known side effects is increased heart rate, which can inevitably increase your body’s internal stress responses.

According to Dr. Mark Hyman:

“The caffeine in coffee increases catecholamines, your stress hormones. The stress response elicits cortisol and increases insulin. Insulin increases inflammation and this makes you feel lousy.”

It is common knowledge in the scientific community that chronic stress, or high cortisol levels, has a prominent role in cancer growth (13, 14, 15).

Drinking too much coffee can cause stress, stress can lead to disease, disease leads to feeling lousy, and no one wants to feel that way.

The Benefits of Drinking Coffee 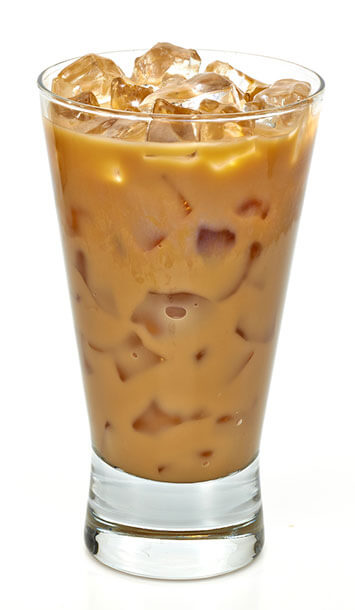 You may have heard about how coffee consumption is related to a decreased risk for Type 2 Diabetes, and there is mounting evidence backing these surprising claims.

Many studies have shown that regular coffee drinkers, 3-4 cups a day, are at a reduced risk of developing Type 2 Diabetes, likely due to the presence of chlorogenic acids which are in higher concentration after the roasting process (19).

Coffee has many amazing antioxidant properties, has been shown to protect against Type 2 Diabetes, and may also protect your heart.

According to Harvard study, moderate coffee consumption was associated with decreased risk of heart failure, with the largest decreased risk at 4 servings of coffee per day (20).

Based on the findings, drinking a moderate amount of coffee can help prevent heart failure, CVD and stroke.

If you’ve ever had a cup of coffee, you understand first-hand the mood boosting effects that this beverage can have. It helps to wake up the brain and helps us to feel more alert.

Moderate coffee consumption has been associated with improving symptoms of depression. In fact, several studies have shown that the caffeine in coffee is the main responsible constituent for antidepressant effects (21).

It’s important to note that the antidepressant effects of coffee may only be a result of moderate consumption. While it is recommended to stray away from drinking too much coffee, 2-4 cups a day may suffice.

Sadly, suicide is reported to be the 10th leading cause of death for Americans, with a total of 38,364 reported suicide deaths in 2010.

According to a recent study, coffee protects the brain as a mild antidepressant and was shown to halve the risk of suicide in both men and women.

“The caffeine in coffee not only stimulates the nervous system, but also enhances the production of certain neurotransmitters in the brain that include serotonin, dopamine, and noradrenaline (22).”

It’s evident that the caffeine in coffee enhances the production of the neurotransmitters in the brain related to feelings of well-being and happiness.

Coffee may very well help decrease feelings of depression by boosting mood, and for these reasons can be considered a mild antidepressant. 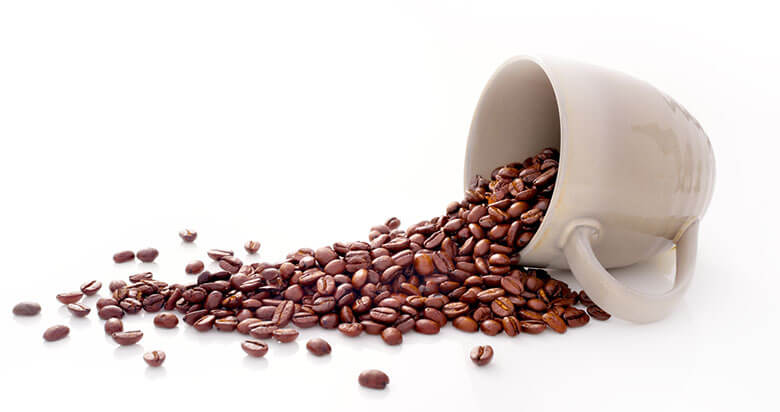 4) Coffee is Good for the Liver

As an essential organ in the body, the liver’s major role involves the process of metabolism.

A recent study demonstrated that coffee intake of more than 2 cups per day in patients with pre-existing liver disease is associated with lower incidence of fibrosis and cirrhosis, and lower cancer rates.

Regular coffee consumption may be a protective mechanism against the risk of further developing liver cancers, and chronic liver disease (23, 24).

5) Coffee May Decrease Your Chances of Dying

Yes, it is true. A surprising fact that has been scientifically proven, coffee may very well decrease your chances of dying.

The largest study ever conducted on diet examines the role of coffee drinking and its effects on mortality among over 200,000 men and 100,000 women who were 50 to 71 years of age.

The results showed that coffee consumption resulted in a 10-15% lower risk of death, specifically with deaths due to heart disease, respiratory disease, stroke, injuries and accidents, diabetes, and infections (25).

Furthermore, the risk of dying was 3% lower for each cup of coffee consumed daily (26).

In conclusion, higher consumption of coffee is associated with lower risk of dying (27, 28).

An antioxidant is a substance that protects against harmful free-radicals in the body by neutralizing and removing them from the blood stream, which as a whole helps boost immune function and prevents against disease (29).

Coffee is a known source of many health boosting properties, and some even say it is the worlds biggest source of antioxidants (30, 31, 32).

Some of the antioxidants found in coffee are:

Coffee provides 1,300mg of antioxidants daily for the average American, due to its potent antioxidant content and also because people drink so much of it (33, 34).

Another study demonstrated that coffee is the main contributor to the total dietary antioxidant capacity for people in Brazil, adding on average a grand total of 66% more antioxidants into their diets.

The way we are consuming our coffee may be of benefit as well. Apparently, roasted coffee is far better at protecting cells because it has the highest dose of antioxidants. Roasted coffee has been shown to provide 30 times more antioxidant activity than green coffee.

Antioxidants are known as disease fighting super heroes that we can get from our diet. Not only does that cup of coffee taste amazing first thing in the morning, it also provides a potent dose of antioxidants that boost our health in the long term.

So… Is Coffee Good for You or Not?

This is a lot of information to absorb. While you may be left skeptical as to whether to include your daily cup of coffee, or two, it appears that the benefits outweigh the risks.

Not only is coffee delicious, it is a source of joy for many, and part of a habitual routine that people look forward to.

Obviously it is your decision to drink coffee or not, but perhaps it’s not the most harmful beverage to include in your diet.

There appears to be a lot of research dismissing the benefits of coffee, but there is also a ton of evidence suggesting that coffee is actually quite beneficial to your health.

For the coffee lovers out there, while it is not recommended to consume too much, perhaps you can consider enjoying this richly flavored beverage in moderation.