Is Oatmeal Gluten Free? (+ The Lowdown on Oats)

For most people, oats are a nutritious addition to a healthy diet. However, there is a lot of confusion as to whether they are gluten free or not, and whether they can also be added to a gluten free diet. 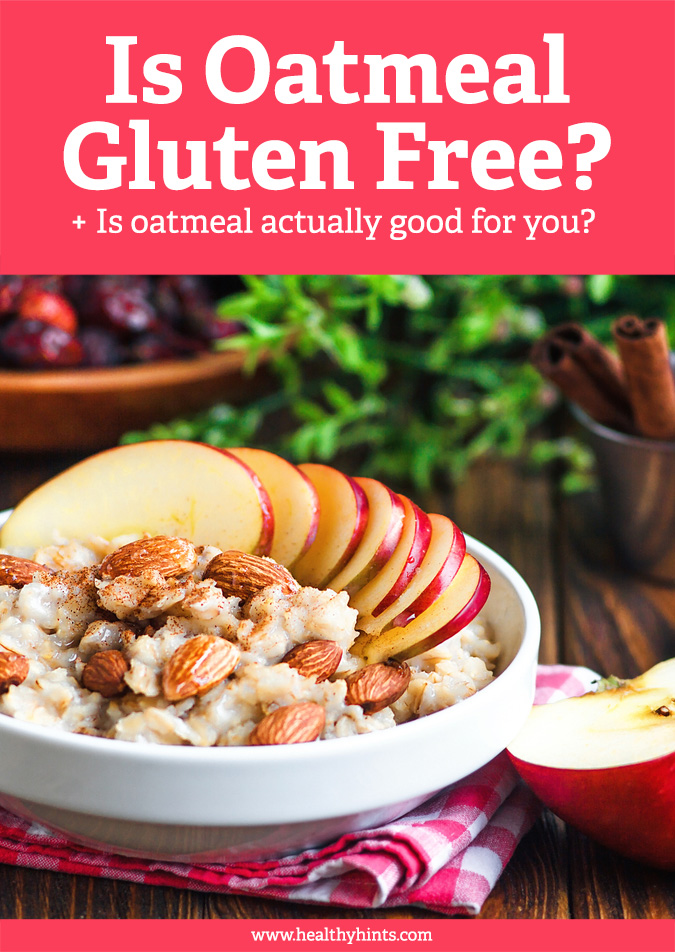 And the confusion is logical. Oats are, in fact, gluten free by nature. However, most commercially produced oats are contaminated with gluten from other sources, so those who are following a strict gluten free diet model need to be extra careful.

Let’s begin with the basics: why oats are healthy and why gluten is not, for some people.

Why Oats Are Healthy

Oats are a whole grain cereal that are grown primarily in North America and certain parts of Europe. They contain quite a few important vitamins, minerals and are an excellent source of fiber. Oats have been shown to lower cholesterol and blood pressure (1), and are usually prepared as a breakfast cereal, or used to make granola and in baking.

Keep in mind that while oats are generally healthy for many people, for those with digestive problems such as IBS, Crohns or other chronic digestive upset, oats could be inflammatory (similarly to other grains, gluten free or not).

Why Gluten Is Unhealthy For Some People

Gluten is the protein in wheat and other glutenous grains, which include spelt, rye, barley and oats (unless certified gluten free, more on this in a moment). You can think of gluten as the component of bread products and baked goods that gives it that fluffy texture. Because it is an excellent binding agent, it is also used in many other processed food products such as ice cream, soy sauce, condiments, and even in non-food items such as personal hygiene products and shampoo. 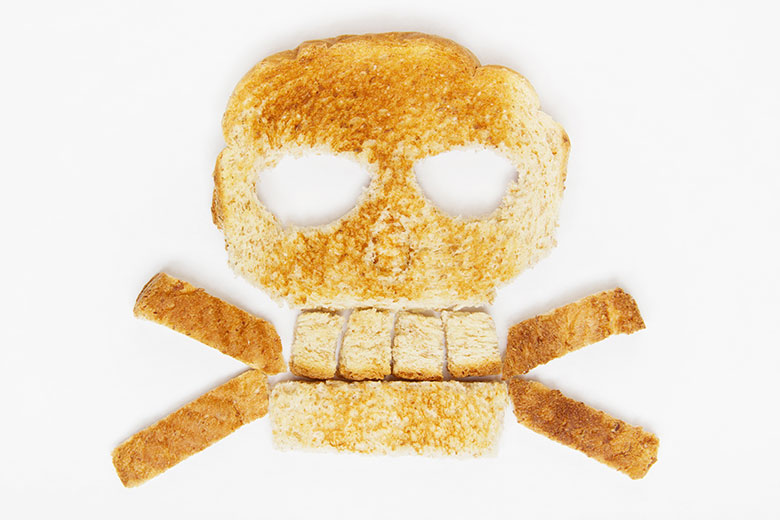 If you are allergic or sensitive to gluten (and remember, there is a wide spectrum of gluten intolerances), you will likely experience some of the following symptoms:

For much more on the topic of gluten, check out our article on whether or not gluten really is bad for you. 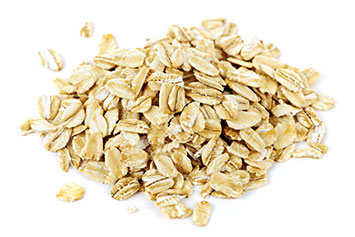 By nature, yes, oats are totally gluten free and should be safe for those with gluten allergies and sensitivities. But, it’s not that simple, unfortunately.

Pure oats that have not been contaminated with gluten can usually be safely included by those with even the severest gluten allergy (Celiac Disease), in quantities of 50-100 grams per day (2). In fact, one study even followed over 100 Celiac patients for 8 years who ate oats on a daily basis, and their intestinal health improved (3).

The tricky part is that oats are quite often contaminated with gluten due to the fact that they are usually grown, harvested and processed with equipment and in facilities alongside gluten containing grains, such as barley, rye and wheat, and this can be a serious danger for those suffering from severe gluten intolerances.

Multiple studies have shown that the average, commercially prepared oats and oatmeal sold in stores contain levels of gluten far higher than is safe for someone with a gluten allergy, and for the general standard for gluten free food products (4). While levels of gluten still might be relatively low, for someone with celiac disease, it is more than enough to cause a major reaction.

What About Gluten Free Oats?

Due to this reality, certain companies began producing certified gluten free oats, but they are not 100% reliable. While most will be lower in gluten (if not totally free), they could still contain enough of the gluten protein to cause a reaction in ultra sensitive individuals.

With that said, most gluten free oats are safe, so for those following a gluten free diet who do not have celiac disease, they are most likely safe to include.

So, Should I Include Oats In My Gluten Free Diet? 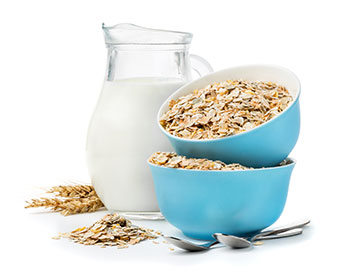 This is up for debate. As mentioned above, those with celiac disease or other digestive conditions (IBS, IBD, Chrohn’s, etc) might have a hard time digestive even uncontaminated oats, mainly due to their protein, avenin. This is because avenin has a similar molecular structure to gluten, which has the potential to cause problems.

The good news is that studies show that for most people with digestive conditions, oats are properly and safely digested, without causing any problems (5). However, being on the lookout for reactions or worsening of symptoms that look similar to a gluten reaction is a good idea, as you might not tolerate oats if you already do not tolerate gluten (again, this is especially true for those with celiac disease).

If you are gluten allergic or sensitive but seem to digest oats well, by all means, go for it. By including oats, you can reap the many benefits offered by this superfood such as lowered cholesterol and blood pressure, weight management/loss, and blood sugar control (6). Ideally, eat your oats with a good fat source, such as raw nuts and seeds, organic milk, coconut oil or grass fed butter.

Best Ways To Incorporate Oats In Your Gluten Free Diet

If you react well to oats and can locate certified gluten free versions, oats can make an excellent part of a gluten free diet. Bob’s Red Mill makes a great product, and can be found in many grocery stores and health food stores, or online.

Try using oats in baking as a replacement for gluten containing flour, and eat them in the morning instead of cereal or other gluten-based breakfast options. Or, try this delicious gluten free granola recipe, which you can easily make in your own kitchen.