7 Benefits of Meditation for Brain Health

The human brain. It is the most powerful machine in the known universe. It is an extremely vulnerable machine as well. Without a functional brain, you will certainly die. Although it cannot process billions of computations within seconds like a supercomputer, it is still superior in many ways. 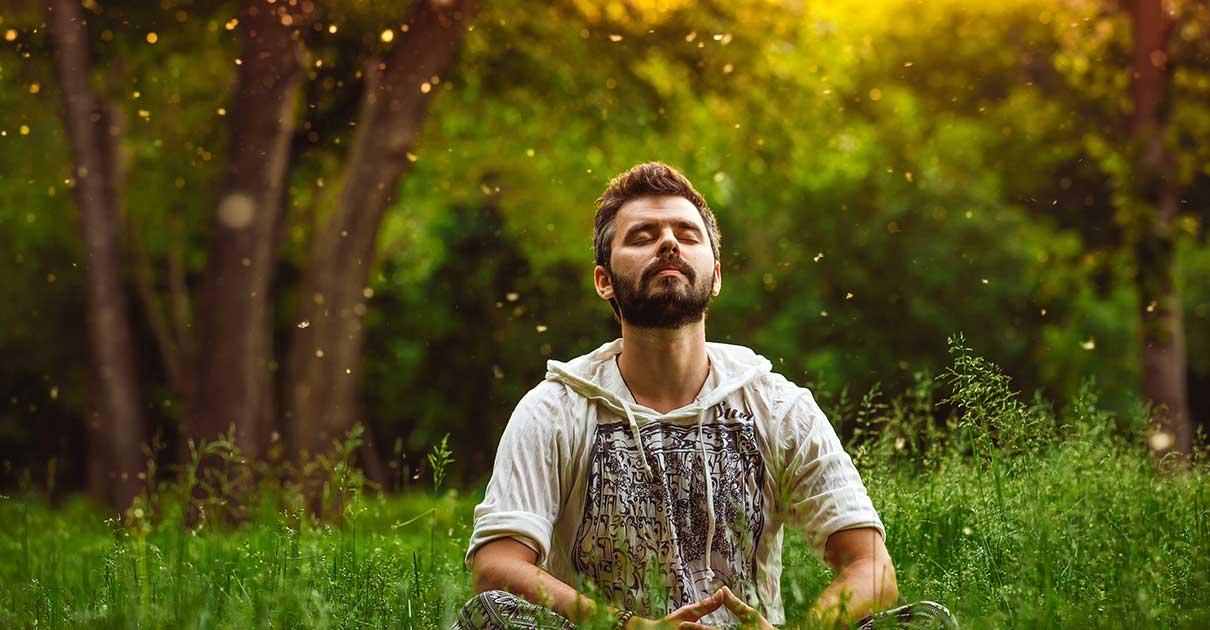 Meditation is a method of relaxation and calming. Usually, a person who is meditating is clearing his or her mind, breathing deeply, and has his or her eyes closed. There are many methods of meditation, so it is important to find what way works best for you.
One type of meditation that has become quite popular in the scientific communication is called mindfulness meditation.

Instead of being emotionally attached and dwelling on certain situations, mindfulness meditation encourages a non-judgmental approach. You are aware of what is going on, but you are not attaching your emotions to it, thereby giving you some peace while you continue to work on a solution to your problems.

Benefits of Meditation on Brain Health

A study on research trials and meditation as it relates to mental stress and fatigue turned up some surprising results. (1) Further clinical studies need to be performed, as the studies analyzed did not meet all the criteria that would constitute a widely accepted viewpoint among professionals.

However, the study determined that meditation could be quite beneficial in reducing mental stress. Further research and clinical studies are expected to yield positive results.

A study led by Harvard Researchers (2) provided a little more definition on the correlation between meditation and better mental health. Using mindfulness meditation training and MRI tests on the subjects before, during, and after the research period, the researchers found that there were actually structural changes in gray matter density to certain areas of the brain.

The meditation group had a thickening of gray matter at the hippocampus, and a reduction in density in the amygdala area. It is hoped that there can be some relief for people with PTSD using mindfulness or other forms of meditation.

3. Meditation Can Serve as Trauma Therapy

When a person is severely traumatized, this has mental health all over it. Emotions and behaviors are completely disheveled, and meditation has been implemented lightly to test its effects. Traumatized youths were given a form of yoga (3) and lightly analyzed for changes in behaviors.

The results of this light study indicated that further use of yoga and meditation techniques could be a viable treatment option for traumatized youth.

4. Meditation Can Help One Cope with Depression and Prevent Suicide

Everyone is sad at one point or another, but those who are continuously sad end up becoming depressed, and possibly given to suicidal thoughts or behaviors. One case study had someone with previous suicidal tendencies try mindfulness meditation (4).

As learning of the practices of the meditation and cognitive therapy continued, the recurrence of thought processes that would ultimately lead to suicidal thoughts or behaviors seemed to have lessened.

Further study is needed, but it appears that yet again, meditation practices can help reduce depression and even suicidal thoughts and behaviors.

5. Meditation May Help with Mental Retardation and Aggression

A study used a form of meditation on some mentally retarded people who got aggressive enough to warrant loss of their placements. (5) They showed notable improvement during the study period in both their retardation levels and in aggressive outbreaks.

The researchers even followed up with them for a period of two years, finding that the aggression was still being managed to acceptable levels. Again, further studies should be performed, but it appears that even mentally impaired people benefit from using meditation practices.

6. Meditation Helps with Anxiety and Stress

Stress and anxiety are problems that need to be managed accordingly, or else they can really wreak havoc on your health. They are some schools of thought that believe stress and anxiety to be causes of disease and illness. By allowing layers of anxiety to build on top of one another, they can cause a myriad of health problems. (6)

Most people tend to use either the left or right hemisphere more than the other. While this imbalance is not entirely uncommon, it may manifest in different ways and limit your potential. According to electroencephalograph (EEG) studies, artists, inventors, thinkers and philosophers use both hemispheres simultaneously. Meditation helps in balancing both sides, forcing them to work together in harmony, also known as “whole brain synchronization.” (7)

It would appear that meditation, with the mindfulness and yoga varieties being the most popular and widely studied, can provide some mental health improvement.

Applications of meditation on physical as well as mental maladies, or a combination of the two, are being made, and researchers are taking notes to see if there are further benefits to be had from meditation.

Overall, mental health and well-being along with happiness, seems to be greatly improved by meditation. This increase in happiness means that instances of sadness and ultimately depression decrease, resulting in better mental health and quality of life.