Does Coffee Really Boost Your Metabolism and Burn Fat?

Coffee is most known for being a delicious source of caffeine. But, some have said that this tasty, caffeinated, guilty pleasure might provide some other health benefits that you would not normally consider.

Some say that coffee might help boost your metabolism and it might also help you in burning more fat.

What are the components of coffee?

Coffee is brewed from roasted coffee beans that are made from the Coffea plant. It is grown in many different regions, such as eastern Africa or Asia, Latin America or Brazil.

Coffee contains a variety of components such as antioxidants, diterpenes, theobromine, theophylline, and chlorogenic acid. However, the main component in coffee is caffeine, which is a mild central nervous system stimulant. (1)

How can coffee boost your metabolism? 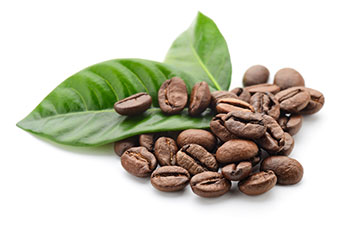 All of the components found in coffee play a different role in their effect on your body. But, caffeine is the most important component, which has been studied thoroughly.

Studies have shown that caffeine can increase your metabolic rate by as much as 9 percent.

Coffee boosts your energy levels over a period of 24 hours, due to the caffeine content, which could be another reason for the boost in metabolism. In one study, energy expenditure increased by up to 13 percent in addition to increase the rate of lipid turnover. (2)

Coffee is also a diuretic, which impairs your metabolism. A diuretic aids your body in fighting off edema by helping your body get rid of its waste products and its excess fluids. (3)

How does coffee enhance fat-burning? 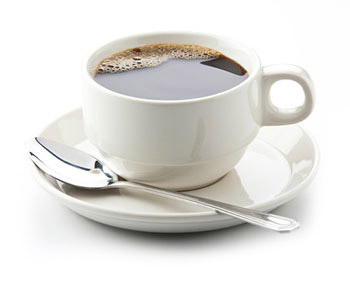 Studies show that the increase in metabolism after drinking coffee is also caused by an increase in the burning of fat.

The caffeine found in coffee stimulates the central nervous system. The nervous system then sends direct signals to the fat cells, telling them to break down the fat.

Caffeine also triggers our blood levels of the hormone epinephrine, also known as adrenaline, to increase. The epinephrine then travels through the blood, to the fat tissues and sends signals to break down the fats and release them into the blood.

This reaction helps to mobilize fat from the fat tissues, then making it available for use as free fatty acids in the blood instead. This can lead to an increase in lipid oxidation of up to 29 percent, however studies show that fat-burning effects may be more pronounced in lean individuals as compared to obese individuals. (4)

When is the best time to consume coffee for weight loss? 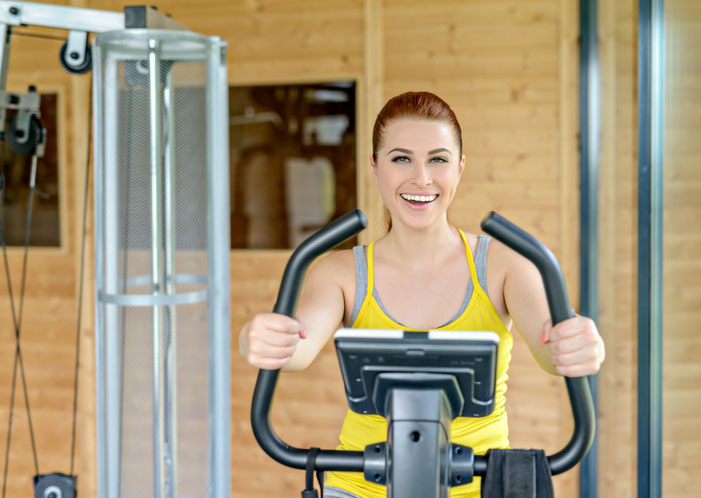 Coffee is still not a cure all. You cannot expect to sit around all day and boost your metabolism enough to lose a significant amount of weight just by drinking coffee. It’s all about combining proper nutrition and an active lifestyle. With coffee in the mix, you can increase your work output and burn more calories.

However, there are specific times that are best for consuming coffee for weight loss and fat-burning.

If you are someone who exercises regularly, the best time for you to drink a cup of coffee would be about 20-30 minutes before your workout. This time span is when the natural effects of the coffee are best appreciated. The caffeine will give you the extra boost you need to fuel your exercise – burning more fat and boosting your metabolism. (5) The coffee will aid in boosting your resting metabolic rate even further when combined with your workout.

If you tend to be on the inactive side, the best time for you to drink a cup of coffee would be after a meal or in the morning before you start your day. Try switching out your dessert with just a nice, warm cup of coffee, and use it to fuel your daily activities. (6)

How much coffee should you consume? 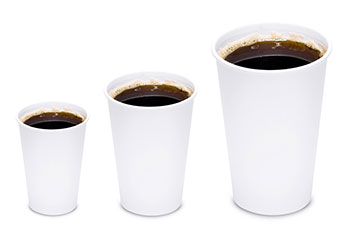 Just like all things in life, too much of a good thing can cause negative effects. The same holds true for coffee.

It is recommended that 4 cups of coffee, assuming each cup is an average 8 ounces, is the safe upper limit for the average healthy adult. However, some people are able to drink more without any negative side effects.

No two cups of coffee are exactly the same, and the varying amounts of caffeine in each cup can spell the difference between just enough, and a potential overdose.

Up to 400mg of caffeine is considered safe for most healthy adults. Adolescents however, should limit their caffeine consumption.

What are the risks?

Too much coffee can lead to side effects such as restlessness, anxiety, dizziness, upset stomach, insomnia, irritability, fast heartbeat, and even tremors.

Caffeine is an addictive substance. In fact, it is the most commonly used drug in the world. By consuming too much coffee, you could become addicted to the caffeine and experience withdrawal symptoms if you stop drinking it.

Caffeine use disorders are common, though not many people are aware of it. Since many people have become dependent on it and are unable to reduce their consumption despite the health risks, the World Health Organization now recognizes caffeine dependence as a clinical disorder. 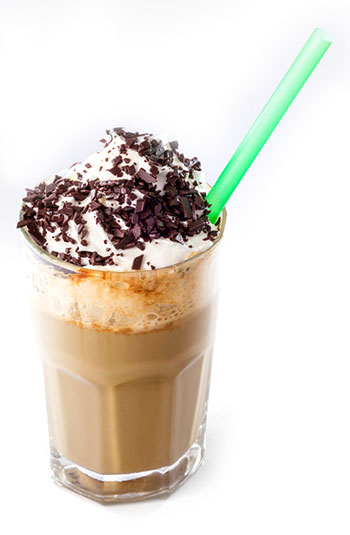 Coffee offers numerous health benefits, but it could also pose potential health risks if you consume more than low to moderate amounts of it. If you find yourself needing more than the average intake of caffeine per day, you may want to consult a health care professional on what may be causing it.

While coffee can boost your metabolism and burn fat, it is important to know your limits. You should be careful when consuming excessive amounts of coffee, to avoid caffeine dependence.

The way that you prepare your coffee also makes a big difference. If you are adding a cup of sugar, some creamer and a flavored syrup to your coffee, then the positive effects may be canceled out by the empty nutrients you are adding, not to mention the unncessary calories. The studies mentioned above refer to the health benefits of black coffee.