A hotly debated topic in the world of health and nutrition is to whether or not tap water is safe to drink. While this can widely vary depending on where you live, there have been studies done that give us a general but accurate idea of which toxic substances are most found in city water supplies. If you decide to avoid water straight from the tap, you’ll also need to consider which alternatives are actually beneficial (bottled water, various filtration systems, etc). 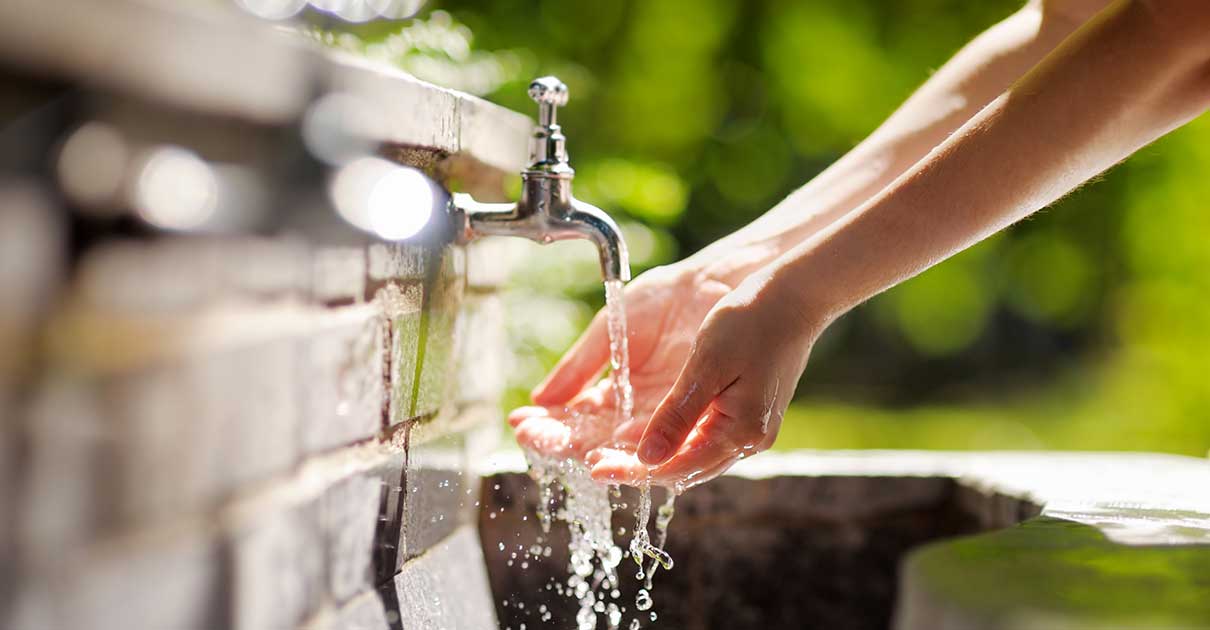 A 2007 survey looked at the drinking water for over 28 million Americans, and came out with a list of the most commonly found toxic, hormonally active substances in city water supplies. Let’s begin by looking at these toxins, then we’ll continue with another, less known toxin that you should also be very wary of.

Atenolol is a beta blocker used to improve heart circulation and high blood pressure. Side effects include dizziness, fatigue and cardiac failure (2).

Atrazine is an herbicide that is actually banned in the European Union but not in the United States. It is a known endocrine disruptor, meaning it can negatively effect the hormonal balance of the human body. In 2001 this compound was the pesticide most commonly detected in drinking water.

Carbamazepine is an anti-convulsant used to treat seizures. Side effects could include nausea, dizziness, vomiting and fatigue (3).

Estrone is an estrogen metabolite found mainly in the ovaries (4). This compound is thought to contribute to the gender changes found in fish.

Gemifibrozil is a drug used to lower the fatty acid content of the blood. It is usually used to treat high cholesterol and side effects could include digestive dysfunction, upset and pancreatitis (5).

This pharmaceutical transquilzer is generally used to treat short bouts of anxiety, and the most common side effects include a skin rash and hives (6).

Naproxen (most commonly sold as Aleve), is a NSAID (non-steroidal anti inflammatory drug) used to treat pain and inflammation. It is sold both over the counter and by prescription in higher dosages. It can cause headaches and severe digestive upset, in some cases (7).

Phenytoin is an anti-epileptic drug used to slow down brain impulses. It can potentially cause slurred speech, mental confusion and nervousness (8).

This antibiotic is commonly used to treat the Streptococcus bacteria and others (9).

Keep in mind, these 10 compounds found in city water have been found in very low concentrations. For example, the pharmaceutical drugs are found in amounts that are millions of times smaller than a normal, prescribed dosage. While for most people these will not be terribly problematic, for more sensitive populations such as pregnant or breast feeding women, small children or people that are sick and/or have a vulnerable health status, even these small amounts found in drinking water could be dangerous.

It is always better to filter your water just to be on the safe side, whenever possible (more on this in a moment). But, especially if you are part of one of the above-mentioned populations or for whatever reason one of these toxic compounds could effect you in a more pronounced way, you should definitely talk with your doctor and filter your water.

Last but certainly not least we get to a group of toxic compounds found in drinking water that are usually less known than the ones listed above. Disinfection Byproducts (DBPs) are compounds created as a consequence of the disinfection process used on tap water, which involves chlorine, chlorine dioxide and chloramines to kill potentially harmful microorganisms. Unfortunately, toxic byproducts can be created through this process when the disinfectants combine with the organic matter in the water.

The two most common groups of DBPs include trihalomethanes (THMs) and haloacetic acids (HAAs), both regulated by the EPA (Environmental Protection Agency). The EPA has stated that the ideal amount of DBPs in the water supply should be zero, but due to limited resources (or for other, unknown reasons), there is a minimum allowed quantity (maximum annual average) permitted in city drinking water.

THMs have been shown to cause cancer in animal studies, and both groups of DBPs have been linked to potential reproductive problems in humans (11). Again, these are perhaps more worrisome for vulnerable populations (children, pregnant women, the sick, etc), but everyone should strive to drink clean water free of DBPs and other toxins.

So, How Can I Ensure I’m Drinking Clean Water?

The best way to ensure you are drinking clean, safe water is to use a reverse osmosis water filter in your home. Unfortunately, the skin (being the biggest organ in the human body) absorbs these same toxins through bathing/showering, hand-washing, rinsing fruits and vegetables, etc. It is next to impossible to perfectly filter 100% of the water you come into contact with, but doing your absolute best should be top priority.