Turmeric comes from the root of the Curcuma longa plant, and has been used for centuries in ancient Chinese and Indian systems of medicine. This slightly bitter tasting plant has been extensively studied for its myriad of health benefits, and is used in both food and supplement form.

Curcumin, which is the primary pharmacological component of turmeric, is an impressively effective nutritional supplement in the treatment and prevention of many conditions, chronic inflammation topping the list.

One key component of turmeric not always known to the average person interested in reaping its many benefits, is that turmeric is fat-soluble, meaning it must be consumed with a fat in order to be effectively absorbed and assimilated. For this reason, consuming turmeric with milk or another healthy fat source is an excellent way to include this incredible superfood in your diet. 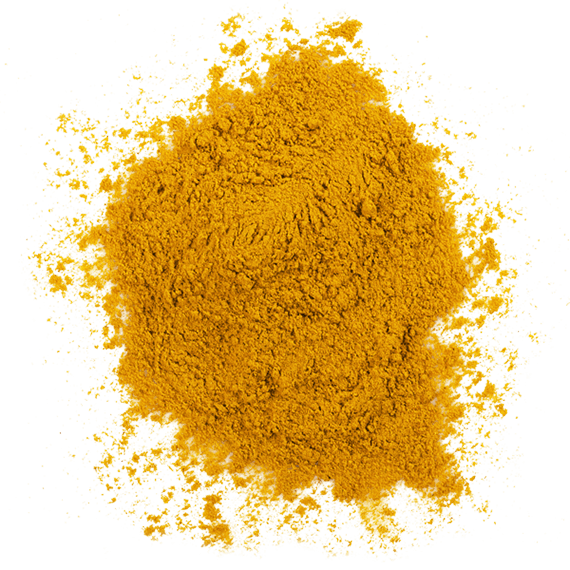 Inflammation has become somewhat of a buzzword these days, and for good reason. However, we must understand that when we talk about inflammation as the root of many health problems, we are not talking about acute inflammation, which is natural and necessary to fight pathogens and repair damage in the body. Instead, we are specifically targeting systemic, generalised inflammation, which is internal and can manifest into multiple symptoms and degenerative conditions.

Curcumin is an incredibly powerful antioxidant, which is key for fighting free radicals in the body (3). Free radicals are atoms that have one unpaired electron that are highly reactive, and in humans can damage cells and contribute to degenerative disease. These molecules can form in various ways, such as a diet high in toxins and rancid fats (such as canola oil and hydrogenated/partially hydrogenated oils), and damage our cells and DNA. Free radical molecules also play a major role in cancer formation. Antioxidants are essential in their ability to fight and protect our body from dangerous free radical damage.

Brain-Derived Neurotrophic Factor (BDNF), is a growth hormone that functions in the brain to support neurons in forming new connections and multiplying. Many brain disorders and diseases (particularly Alzheimers disease) have been connected to low levels of BDNF (4).

Curcumin has been shown to actually increase levels of BDNF, and therefore research have been done into its potential role in treatment of Alzheimers, although further studies are needed.

Also attributed to turmeric’s active ingredient, curcumin, studies have shown that this compound has the capacity to communicate directly with genes in the liver cells, directing them to create more LDL-receptors, thus clearing more LDL (bad) cholesterol from the body (5). According to the American Heart Association, LDL cholesterol is considered “bad” because it contributes to plaque build-up and hardening of the arteries, known as the condition atherosclerosis.

Cancer is defined as an uncontrollable growth of cells, and is largely influenced by free radicals, as described above. Due to its powerful antioxidant capacity, curcumin has been studied in the prevention and treatment of various types of cancer, especially breast, prostate, lung and colon cancers. Additionally, it is thought to reduce the risk of leukemia in children.

Multiple studies have been conducted that prove turmeric’s effectiveness in reducing cancer cell growth and proliferation, as well as working to prevent cancers from forming in the first place, and preventing metastasis (spreading of cancer cells to other parts of the body). (6) 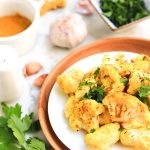 Turmeric can be prepared as a delicious and nutritious tea, for both adults and kids alike. Not only can it help boost your immune system when you’re feeling sick, but it is a soothing and simple way to reap the many benefits of turmeric discussed above. Try preparing your tea with unsweetened coconut milk, a pinch of turmeric powder (exact amount depends on your taste preference), ground cinnamon, honey, and a dash of cayenne pepper. Bring all ingredients to a boil, then lower heat to a simmer and allow to cook for about 15 minutes, stirring frequently. Adjust ingredient amounts as needed, depending on if you a prefer a sweeter or savoury tea.

Turmeric paste can be used as a potent topical that soothes inflammation and fights acne or other skin conditions. It is often referred to as golden paste. Aside from using it as a topical ointment, you can combine the paste with milk (see more below), yogurt or simply use it in cooking or as a condiment.

To prepare your paste, begin with 1/2 cup ground turmeric, 1 cup water (more might be needed), 1/3 cup coconut oil and 1 teaspoon ground black pepper (omit this if the spice bothers you). Combine your water and turmeric powder in a small pot, and stir over low heat until they form a paste, about 10 minutes. At the end, add your oil and black pepper (optional), mixing together thoroughly. Once cooled, this paste keeps well in the refrigerator for up to 2 weeks, or you can even freeze it for later use.

Because turmeric is fat soluble, it must be consumed with a fat in order for the body to best assimilate and benefit from its many medicinal properties. A high quality milk can be quite nutritious for those who are not dairy sensitive, and is one way that turmeric has traditionally been prepared.

However, for the best health benefits, use the best quality whole milk that you can find. Choose organic animal products whenever possible. Due to a diet of grains versus grass, commercial milk has been shown to potentially skew our omega 3: omega 6 fatty acid ratio, thus causing further inflammation (7).

If you are one of the many people sensitive to milk and dairy, excellent alternatives are unsweetened coconut or almond milk.

4. Add turmeric to a bone broth for extra anti-inflammatory properties

Bone broth is simply a broth made from the bones and connective tissues of various animals (typically beef or chicken). Often it also includes vegetables, similar to a mineral broth. Adding an acid ingredient, such as vinegar or lemon juice, is key as this aids in the breakdown of collagen.

Thanks primarily to the nutrients found in the cartilage, bone broth is one of the top foods for reducing systemic (internal) inflammation. Studies have shown that chronic inflammation is linked to such ailments as diabetes, fatty liver disease and heart disease (8). Adding a few tablespoons of turmeric to your bone broth gives it even more anti-inflammatory power, and makes for an exceptionally nutrient dense food.

5. Season your foods with turmeric and use in cooking

Turmeric makes an excellent seasoning for foods such as vegetables, meats, curries and dressings. Not only to most people love the taste of turmeric as a seasoning, but you will be adding a serious nutritional boost to your favorite dishes. Be sure to also include a good fat, such as cooking your meal in coconut oil, olive oil, or organic butter to be sure that the turmeric is more easily absorbed by the body.

When taken with food, turmeric is considered generally safe. As a supplement (in higher doses), consider the following possible side effects. For very sensitive individuals, there is a chance that even when consumed as food, turmeric could cause these same effects.

Q: What is turmeric?

A: Turmeric comes from the root of the Curcuma Longa plant, and has a tough, brown skin with orange flesh. It is well known as one of the main ingredients in curry, and has been used in both Indian and Chinese ancient forms of medicine for centuries.

Q: What is turmeric good for?

A: Turmeric is used both as a seasoning for foods and a medicinal agent. In foods it is excellent for seasoning vegetables and meats, or as a tea. Medicinally, turmeric is known for its powerful anti-inflammatory properties, usefulness in supporting and treating arthritis and boosting cognitive performance, and cancer prevention.

Q: How should I use turmeric?

A: Turmeric can be purchased already ground as a powder, or in its whole root form (it appears similar to ginger, but slightly more brown/orange in color). These types are best used for seasoning foods, making tea or making turmeric paste. You can also purchase turmeric in more therapeutic (higher) doses in supplement form, and it is commonly used as either a capsule or tincture for its many medicinal benefits.

Q: I have GERD, should I consume turmeric?

A: For some sufferers of GERD, turmeric might make symptoms worse. The best method is trying a little in food form, and seeing how your body reacts. If there is no negative reaction, feel free to continue using it, but if you do notice an increase or worsening in symptoms (either immediately or with time), discontinue use.

Q: Is curcumin the same as turmeric?

A: No, curcumin is the primary pharmacological component of turmeric, and is the ingredient that holds most of the medicinal benefits. Churchmen is an impressively effective nutritional supplement in the treatment and prevention of many conditions, chronic inflammation topping the list.

Q: How much curcumin does turmeric contain?

A: The percentage of curcumin in turmeric generally ranges from 2% to 5% depending on where the plant is grown as well as the growing conditions.

Q: Does heat destroy the benefits of turmeric?

A: The main antioxidant component of turmeric, curcuminoids, can be partially destroyed with heat. If you are using turmeric as a seasoning for food, add it closer to the end of cooking. However, if preparing turmeric as a milk, tea or another method that involves heating, you will still reap many of the benefits.

Q: How much turmeric should I take?

A: If you have any of the conditions listed above and suspect you might experience a reaction, start with no more than 1/2 teaspoon of turmeric in cooking. For others, the amount used in cooking with turmeric or taking it as a tea or milk is considered safe, but (as with any nutritional supplement), specific dosage of turmeric taken in capsule or tincture form should be discussed with a qualified practitioner.

Q: Should I take black pepper, or a healthy fat with turmeric?

A: Because turmeric is fat-soluble, it is best consumed with a fat for increased absorption. Black pepper also contains a compound that boosts turmeric’s bioavailability, so preparing a dish with these two seasonings (like curry) will provide maximum benefit.

Q: Are there precautions I should take when using turmeric?

A: As with any herb or supplement, discussing proper dosage with a qualified practitioner (Doctor, Nutritionist, or other licensed integrative medical practitioner) is important when deciding to supplement with turmeric. Food dosages are generally considered safe, and can be experimented with.

Q: I have a surgery coming up, should I stop turmeric?

A: Yes, since turmeric may effect blood clotting it is wise to stop taking turmeric before surgery. Also, be sure to speak with your doctor about the recommended time frame to stop taking any turmeric supplement before your upcoming surgery.