Is Turmeric Supplementation Safe? (5 Side Effects to Look Out For)

Turmeric has been used to treat a variety of conditions as far back as 4,000 years ago. Many studies support its purported benefits in fighting certain cancers, infections, digestive problems, and inflammation-related conditions. (1) 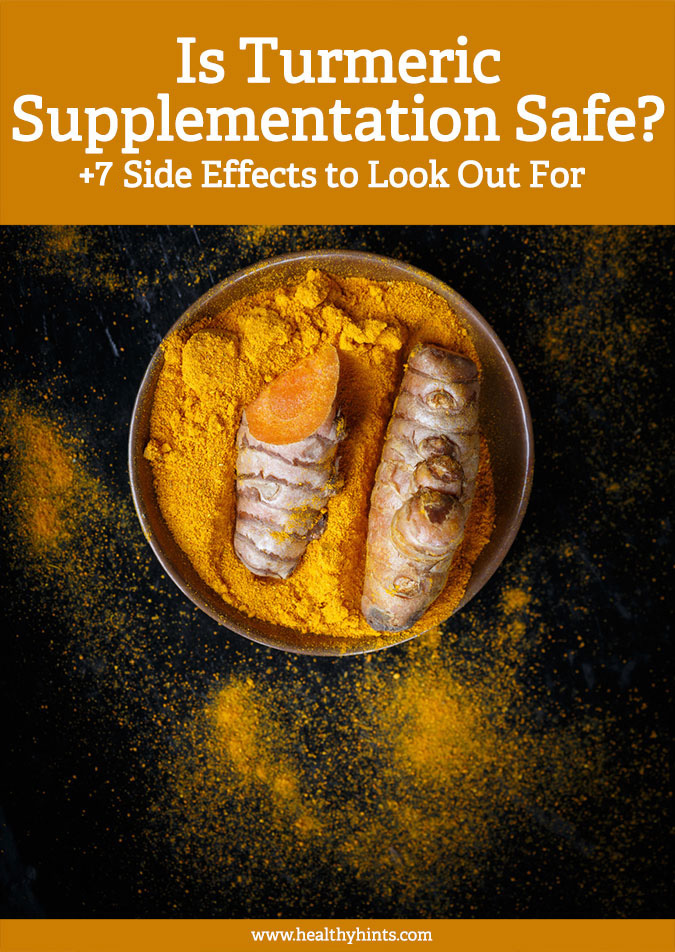 Turmeric is mostly used in cooking for its yellow color, and for giving Indian cuisine the curry flavor it is so well known for. In some products, turmeric is used to color butter, cheese, and mustard.

Used in Chinese medicine and Ayurvedic practices as an anti-inflammatory agent, it can help treat wounds, skin diseases, liver diseases, and digestive disorders. 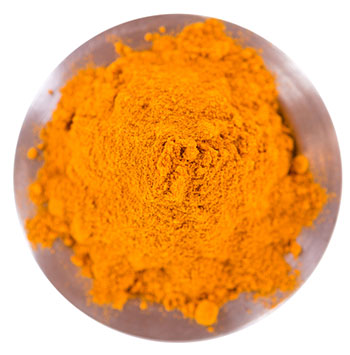 Antioxidants protect you from these toxins, and can even reverse some of the damage that has already been incurred over the years. (2) In addition to its protective properties, curcumin may also prevent inflammation by lowering certain enzymes.

There are two methods to increasing your dietary intake of curcumin. Consuming the raw turmeric powder mixed in coconut or almond milk, is an organic method of increasing your curcumin intake. Unfortunately, turmeric and curcumin are not readily absorbed by the liver. They are simply passed through the intestinal tract and expelled without leaving behind their beneficial effects.

However, if turmeric is consumed with piperine, an ingredient found in black pepper, then its bioavailability is improved. (2) Approximately 5% of the weight of black pepper is composed of piperine. This is what gives pepper the pungent flavor and aroma. The more aromatic the pepper, the higher the piperine content.

In one study, serum levels were unchanged or undetectable when 2g of curcumin were consumed alone. However, when the same amount of curcumin was consumed with 20mg of piperine, serum levels rose 15 minutes after consumption, and the bioavailability was found to have increased to 2000%, with no adverse effects. (3)

Another alternative to help boost absorption of curcumin is by consuming it in its whole food form. Consume turmeric root rather than its powdered form to enhance the bioavailability of curcumin up to 800%. Since it is fat-soluble, consuming curcumin with fat helps with direct absorption to the bloodstreat through the lymphatic system thereby bypassing the liver. (4)

For adults, the standard dose is 3g a day for turmeric root (powder or cut). Standardized turmeric powder is generally taken 3 tiems per day at 400mg to 600mg per dosage. Liquid turmeric extract can be anywhere between 15 to 45 drops per day, depending on the potency of the product. In clinical trials, doses as high as 12g a day have been found to be safe, but with poor bioavailability due to rapid systemic elimination, rapid metabolism, and poor absorption. (5) 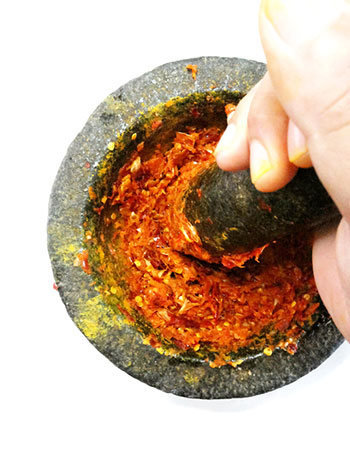 For the piperine content, consume 1 gram of raw ground black pepper. This will boost the turmeric powder’s bioavailability by up to 2000%.

7 Side Effects to Look Out For

Incorporating turmeric into your diet to take advantage of its anti-inflammatory and antioxidant effects is an excellent idea. However, not everyone will react to it exactly the same way. Some people may experience different effects depending on a variety of factors.

Here are 5 potential side effects that you may experience when supplementing with turmeric. 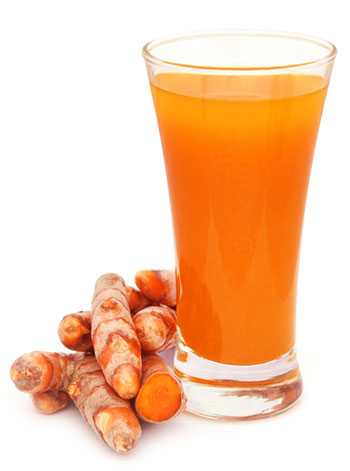 Diabetics should be cautious about consuming turmeric, as it has been shown to lower blood sugar levels in the blood. (7) Alongside this benefit, it improves assimilation of nutrients and the effects of certain medications. If you are already following a diet that manages your blood sugar, along with medication, the added effects of turmeric may result in low blood glucose levels.

According to the National Institute of Health, studies show that turmeric will help slow blood clotting.

If you are using anticoagulant or anti-platelet medications, turmeric will amplify those effects and may cause further bleeding as was the case mentioned in this article wherein the user took turmeric for joint pain alongside the anticoagulant Coumadin alongside. Her prothrombin, or the time it takes for the blood to clot, rose significantly, and took days to return to normal. (8) 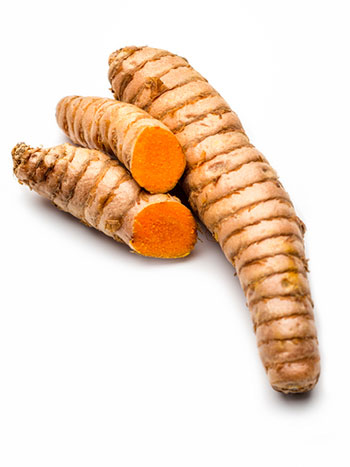 If you are using any natural remedies to slow blood clotting, make sure that you discontinue or closely monitor the effects when combining them with turmeric. Certain medications that have an effect on blood clotting or blood thinning are Aspirin, Warfarin and Ibuprofen.

Due to its anticoagulant properties, make sure that you discontinue the use of any turmeric protocol at least two weeks before any scheduled surgery. It is also wise to cease use of turmeric after any procedures or surgeries that require clotting.

5. Turmeric Consumption May Result in an Overproduction of Stomach Acid

The curcumin found in turmeric has an effect of increasing bile production which breaks down your food. Using excessive amounts of it may cause a build-up of bile, resulting i­n an overproduction of stomach acid.

Continuing to use turmeric in the face of these symptoms may induce even further irritation of the gallbladder, in addition to acid reflux. 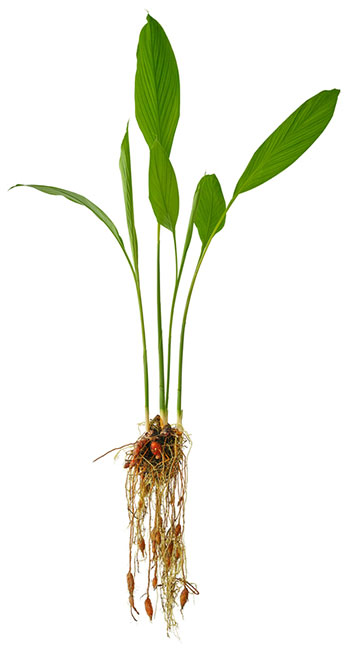 According to studies, results suggest that pregnant and lactating women should avoid supplementing with turmeric as it stimulates uterine activity. Pregnant women, especially those with high-risk pregnances, should steer clear of turmeric until after childbirth due to risk of pre-mature uterine contractions. (9)

Turmeric is a spice that can interfere with certain medications or supplements among people with gastrointestinal reflux disorder (GERD). Turmeric has been shown to neutralize or even increase stomach acid production if combined with antacid products such as Pepto-Bismol or Tums. 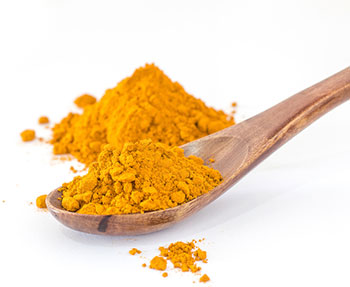 Turmeric packs a powerful punch, and can be an excellent addition to any diet for health purposes. It is an all-natural remedy that has stood the test of time, and has been proven in thousands of studies to have antioxidant anti-inflammatory, and anti-cancer properties, in addition to lowering blood glucose, reducing blood triglycerides, improving good cholesterol, and many more.

Before consuming turmeric, make sure you are not on any special medications to avoid any potential side effects.